The news of the merger comes from a financial earnings call from EA CFO Blake Jorgensen, who also stated that the new studio will still be located in Montreal, Quebec.  On top of the merger, EA has also gone on to hire over 100 new employees to work at the new studio.  It should be noted that while they’re merging with EA Motive, developer Bioware Montreal was recently downsized in order to shift focus to other projects.

The merger now adds more man-power to the near future of EA.  This holiday, EA Motive, along with DICE and Criterion Games, will be launching Star Wars Battlefront II on November 17th.  On top of that, the new studio will continue to work alongside Visceral Games on their unannounced Star Wars title.  The upcoming title from Visceral Games is led by Amy Henning, the creator of the Uncharted series.

Despite the merger, the Bioware team in Edmonton has been unaffected as they continue work on their next big title, Anthem. 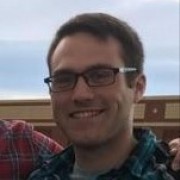 CJ currently lives in Buffalo, NY. His friends like to give him trouble for being a trophy hunter, but that won't stop him from trying to get that shiny new platinum! You can find him anxiously waiting for Naughty Dog to finally make another Jak and Daxter game, not matter how unlikely it may be.
Leave a Reply