Note, we have two indie spotlights up on Where the Water Tastes Like Wine and Earth Night, so they are not mentioned here. 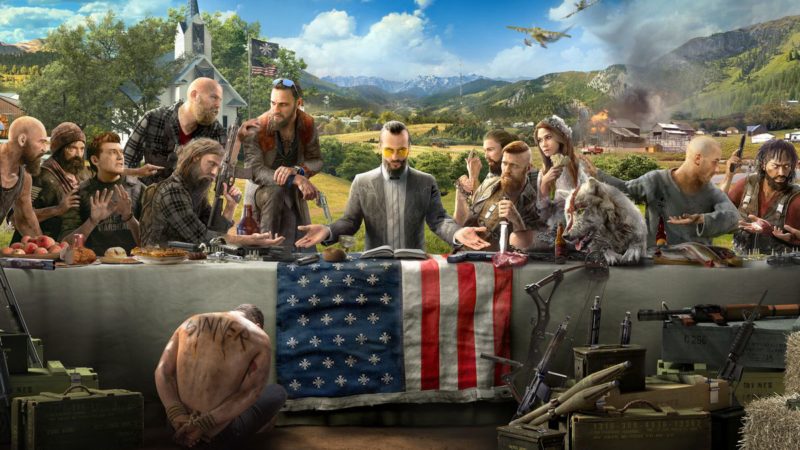 Far Cry has gone ‘Murka, and so far it’s a lot of fun. The twenty minute demo we got to play on the floor consisted of assaulting an entire town full of cultists, executing a bombing run on some enemy grain silos, and arial dogfighting in a pontoon plane. Far Cry still manages to have all of those insane moments, and the setting, while scary because of its proximity to possibility, is a nice change for the series. Hope Montana looks like it’s going to have a lot to explore, and is the perfect place for the franchise to move to.

Published by Devolver Digital, Ape Out feels like Hotline Miami starring a silhouetted, escaped gorilla. Gameplay is fast, frantic, and consists mainly of trying to pound as many guards to bloody pulps as possible and escape the labrynth they have imprisoned you in. While it could potentially get old quickly, the short demo I had was addictive, and made me want to keep trying to beat the extremely difficult levels. 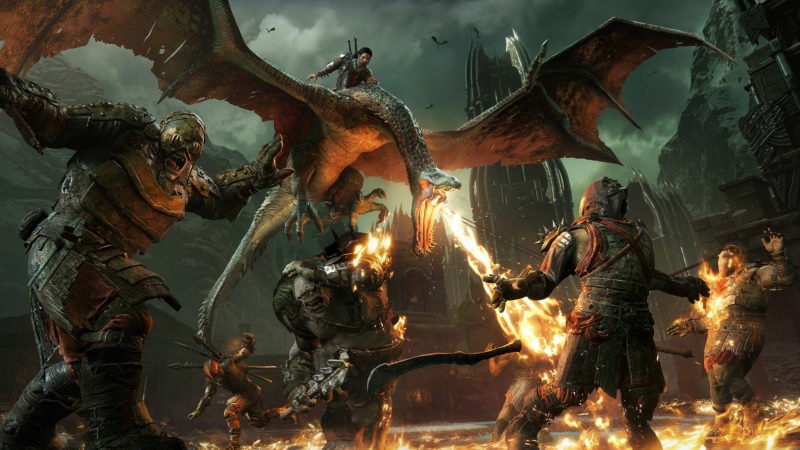 Monolith is back with the sequel to the critically acclaimed Middle Earth: Shadow of Mordor, Middle Earth: Shadow of War. From my twenty minutes of gameplay it seems that everything that made the original good has been enhanced, and the chaff has been cut out. The nemesis system has become even more robust, with both allies and foes having meaningful memories of the player, and the new abilities enhance combat, streamlining some of the issues from the first game. October can’t come soon enough… Oh, and they let us ride a dragon, so points for that.

feels exactly like it’s predecessors, but improves significantly on the franchise’s graphics. The short level we got to play saw BJ Blazkowics in a wheel chair, but he still managed to cut his way through an entire facility filled to the brim with Nazis. Wolfenstein’s trademark dark humor is still there and it helps soften the otherwise morbid tone of the game. It does help that after the harrowing demo participants are given a strawberry milkshake (the colonel’s favorite).

Sponsored by the Humble Bundle, the creators of Keyboard Sports believe that people have lost sight of the original controller. They set out to create a game where all gamers need to play is a keyboard. The game is surprisingly difficult, but a lot of fun to play. In the demo we got to play, they keyboard lights also synched with gameplay in a meaningful way, which is an interesting and fun mechanic. The game is due out in early 2018, and is sure to be a hit on the indie scene.