Bluehole, Inc explained the move as an establishment of a foundation for global operations and further expansion of the IP.

“Given PLAYERUNKNOWN’S BATTLEGROUNDS global success, we want to ensure that we have the operational efficiency that is required to support the game globally. This new structure allows us to be nimble as we look towards the expansion of strategic business opportunities that include the game’s potential in the esports sector and the growth of PUBG as a true global IP franchise.”

Global success isn’t an overstatement either, PLAYERUNKOWN’S BATTLEGROUNDS has become one of the most popular games in the world since its release in March of 2017. Selling over 13 million copies and recently reaching a record-breaking 1.5 million concurrent players on Steam, PUBG has truly become a dominating force. The game even frequently usurps the position of established games like League of Legends on streaming platforms like Twitch.

As one of its first orders of business, PUBG Corp intends to establish offices in Europe and Japan, to complement its newest existing foreign office in the United States. This strategy hopes to provide more centralized points of contact for players and keep up with the ever-growing needs of the increasingly international player base.

Further ramifications of this restructuring remain to be seen. Maybe this will be the next step in cementing PLAYERUNKOWN’s place on the market, maybe it won’t mean much of anything. Either way, the rest of the industry will surely be paying close eye.

Those who want to get in on the action can check out the official Steam page here. 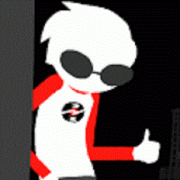