PAX West day 3 was ruled by online TCGs, a few standout Indie titles, and SEGA. It’s nice to see some other companies taking a shot at the Hearthstone throne, but only time will tell if they’re going to stick around. Without further preamble, let’s get into it.

Frostpunk – PICK OF THE DAY 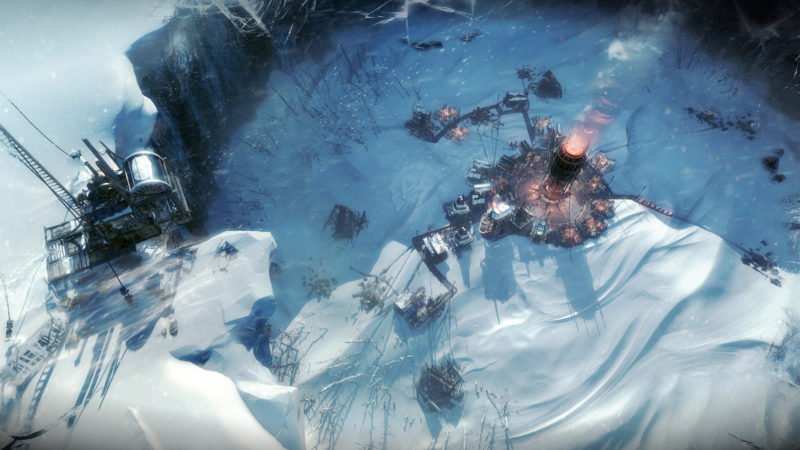 Frostpunk was by far the standout title of the day. It’s a strategy game set in a frozen wasteland in the aftermath of some sort of apocalypse. Players are tasked with helping a small group of survivors’ live in the wasteland, and managing their challenging needs. The trick comes in keeping everyone warm. Everything in Frost revolves around heat. Buildings have to be constructed in a circle surrounding the player’s central generator which is the main source of heat. Anything farther out and the survivors would freeze to death. In addition to the temperature, players also must battle against illness, starvation, and the very will of the people. These challenges also bring choices which will affect the way the player progresses through the game. For example, in our game survivors were dying of starvation and we had to decide what to do with the bodies. While building a cemetery was an option, we chose to kill two birds with one stone and “re-use” the corpses to help deal with the budding starvation problem. Choices like these reduce the hope of the people, but also help them survive the frozen wastes just a little longer. We’ll be getting some more hands on time with the game in the coming weeks, so expect a full write-up of our preview experience soon after. Frostpunk is being developed by 11 Bit Studios and is due out on PC sometime in 2018. 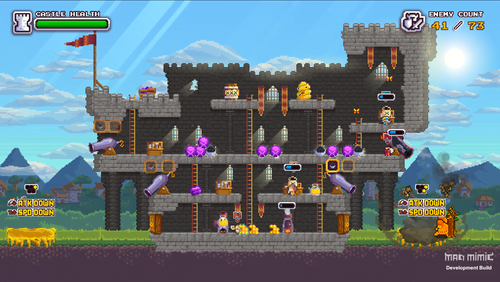 Imagine if Overcooked, Lovers in a Dangerous Spacetime, and Monty Python were smashed together into a game, and you’ve got a pretty good idea of No Heroes Here. Mad Mimic Interactive has created a frantic 2D castle defense game where teams of four players must work together to craft ingredients for siege weaponry to defeat the evil hoards at their doorstep. We were dropped into a match with two random players at the booth, and instantly were forced to work together, or get decimated by waves of deceivingly cute cartoon enemies. Each level increases the complexity of the castle (by making weapon ingredients harder to reach) and also adds more enemies for players to defend against. The full game is set to release on PC in early October, and we’ll have more coverage leading up to its release! 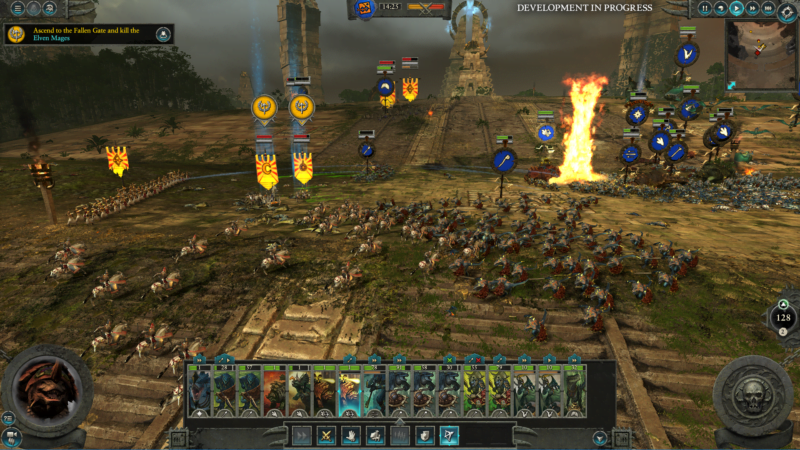 This game has already smashed the pre-order records of its predecessors, and is well on its way to becoming the best in the series. We got a chance to try out a few missions and sit down with one of the game’s directors for an interview (will be posting in the next week). In our demo, we played a battle between the Skaven (rat people) and the Lizard Men. Each race had its own unique units ranging from the Skaven’s unholy abomination (a bunch of rats stuck together to make a brawler) to the Lizard Men’s charging dinosaurs. It’s clear that the developers have put a lot of love into incorporating Warhammer’s rich lore from both the attention to detail in game, and just hearing the passion the developers have for the series. With only weeks to go until release, September 28th can’t come soon enough. Keep an eye out for our interview which covers the inspirations behind the game, and a sneak peek at what’s next for the franchise.

While not all were equally matched, there were some interesting trading card games present at the show. Below is a quick run-down of each, and what differentiates it from the current industry standard, Hearthstone.

Elder Scrolls Legends – This is Bethesda’s take on the genre and it’s gimmick is having two lanes of battle. Otherwise, it honestly functions very similar to Hearthstone. Having to manage two lanes of battle is interesting and adds another layer to strategy, so for fans of the Elder Scrolls series, this one is definitely worth checking out. It’s also on mobile, which is a big plus. 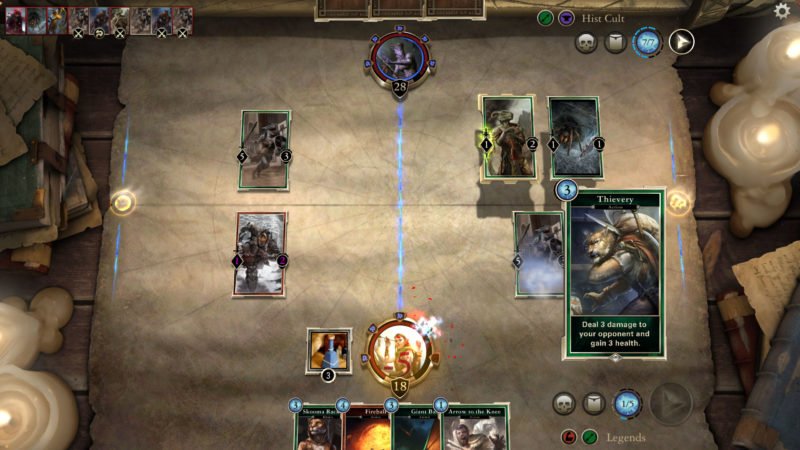 Smite: Hand of the Gods – I haven’t played much Smite, but their card game feels like a mix of XCOM and Hearthstone. Rather than playing on a board where everything can attack everything, players instead have a mix of card combos and tactical combat. Adding the layer od tactics and distance is certainly interesting and sets this game apart from the masses. Downside, it’s not mobile yet.

Eternal – Eternal feels a lot like Magic the Gathering. Mana is played on the board (rather than accumulated over time), players pick attackers and defenders, and creature health resets at the end of every round. For those looking for something similar to MTG on mobile, this is the game, otherwise, I give it a pass.