The 2D platforming genre has birthed a plethora of fantastic games throughout the years, with my memory dating back to Mega-Man and Ninja Gaiden on the NES. When it comes to this style of game, story typically takes a backseat to gameplay; Creators focus on making the games fun and fluid. Nostalgia tends to cloud how we view the pioneering games of old, mentally covering up their flaws while highlighting the joys we remember. Instead of simply re-making some of the old games, Yacht Club Games has made more of a tribute (or nostalgia fueled) piece of absolute art that embodies everything done well in the 2D platforming space.

Shovel Knight: Treasure Trove is one of few launch titles on the Nintendo Switch, but boy does it pack a ton of value in its $29.99 price tag. Treasure Trove includes the base game, Shovel Knight, along with its alternative story (Plague Knight) and the prequel (Spectre Knight). It truly is three games in one, each of which take about four hours to play through. Each game includes a New Game Plus mode, consisting of more difficult campaigns, as well as a set of challenges once each game has been beaten (including timed boss fights with a razor thin margin for error, and timed platforming sequences). Each game puts you in the shoes of a different character with an immensely different moveset as well as different mobility parameters. Shovel Knight attacks with his shovel and can move laterally and jump while Plague Knight is more of a ranged combatant with the ability to double jump (although his base jump height is less than Will Ferrell in Semi-Pro), and Spectre Knight feels like controlling a sprite out of Ninja Gaiden, with the ability to wall run and dash attack enemies. Each campaign offers a unique and wholly different experience, not simply just a reskin. 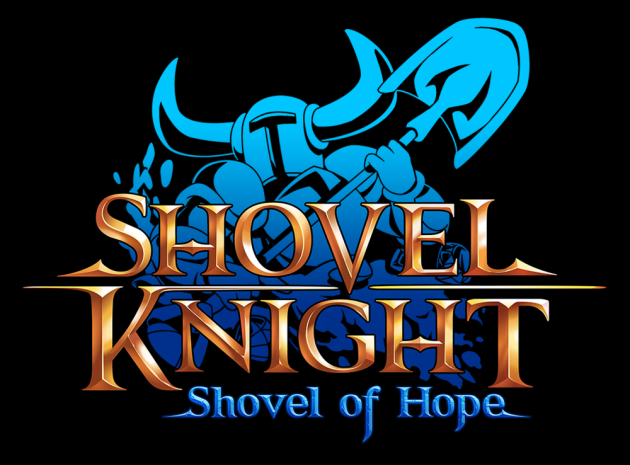 I’m going to level with you: If you’ve been hiding under a rock and haven’t played Shovel Knight’s base game yet, stop reading and go do that now. You owe that to yourself. Shovel Knight takes everything good about 2D platformers, and leaves out bad. The game is well designed to challenge players throughout each level, and the chiptune soundtrack pops perfectly out of the speakers for each stage. Shovel Knight’s move set is pretty simple at first, consisting of downward strikes when in the air and close range slashes, but as you progress through the story you can buy different upgrades such as a charge attack that adds a little more range, or a sweeping wave across the ground (if you have full health). The game follows a Mega-Man style layout, with eight stages and a boss at the end of each one, as well as 3 “Final Tower” levels. These stages are accessed via a world map similar to Super Mario Bros. 3 that truly gives you an idea of what the land actually looks like. The optional areas in the game add a little more variety, and feel like well thought out pieces. Between the optional bosses that add some extra flavor, the Gem levels (which force the player to utilize a specific accessory and truly master it) and the hall of heroes, there’s more to the game than meets the eye at first. One major disappointment, however, is the lack of an optional hidden boss. Shovel Knight originally launched on the 3DS, but when it came to the PS4, Kratos was an optional hidden boss, as were the Battle Toads on Xbox One. Its extremely surprising that Switch owners get nothing in this area. 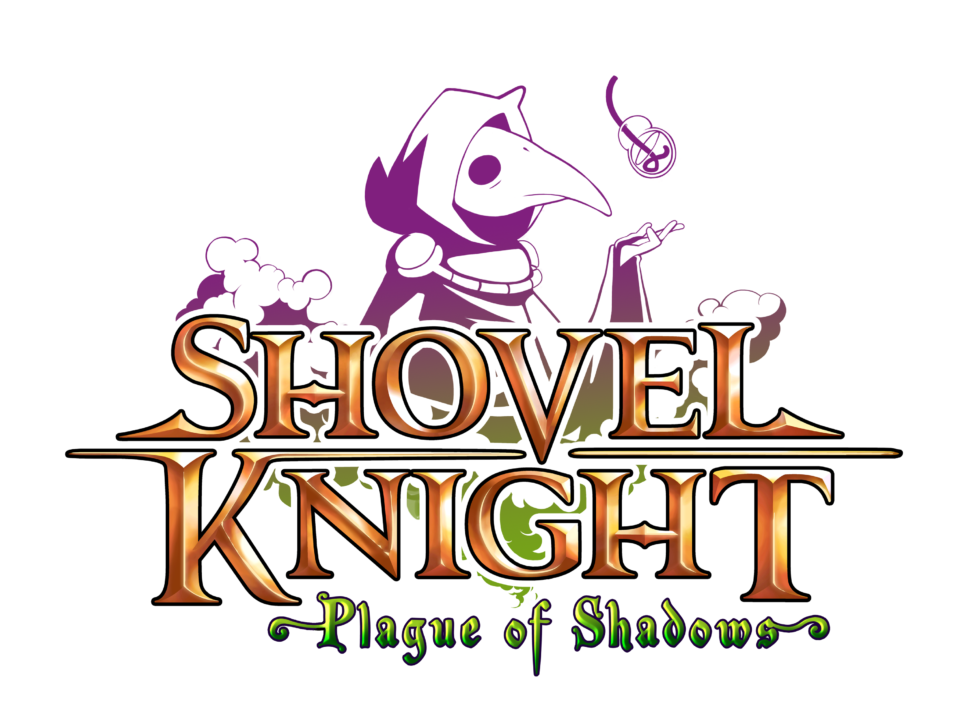 The first expansion, Plague Knight surprised me in a way I didn’t expect it to. At first glance, the game feels like a re-skin of the original, with the exception of playing through as Plague Knight (one of the bosses from the original game) instead of Shovel Knight. Plague Knight plays more as a ranged fighter, throwing bombs at enemies, with no close combat attacks. For some fights, this made the game a lot easier, but for others it wound up making it a lot more difficult. Plague Knight’s platforming style also turned the game on its head, with a semi-double jump ability, and his blast explosion (hold attack then release when he’s glowing) propelling the sprite across the stage. It took some time to get used to dialing in just how far I would fly whenever I used this. Early on, I struggled using this functionality, but after a level or two, it felt as intuitive as ever. I also couldn’t help but notice the slight level tweaks to adjust for Plague Knight’s difference in maneuverability. Yacht Club took somewhat of a minimalist approach to their changes, but it pays off when jumping and blasting through different pieces of each level.

To adjust for his combat style, Plague Knight was tweaked in a multitude of other areas that made the game feel significantly different from Shovel Knight. Throughout the levels, you obtain health elixirs that temporarily boost your max health, but once you die, your health reverts back to its base amount. Do you find yourself struggling with a boss? Down a few elixirs, but know that if you make a mistake, those benefits are gone. Plague Knight also has several different variations to his equipment that can be swapped around with ease. His case determines how bombs bounce or float, his fuse determines how long until they explode, and his powder determines what effects occur after an explosion. It adds a lot of variety in playing styles when fighting through each stage. One major thing that stood out is that the mana potions scattered throughout stages are somewhat useless, as your mana regenerates rather quickly.

The story of Plague Knight is well put together and includes a lot of humor that I didn’t expect. I found myself laughing at several different cheeky scenes and lines throughout the game. The characters respond as I’d hoped they would to Plague Knight’s ridiculous quest, and I loved how they included Shovel Knight multiple times from start to finish. The final boss was well adjusted to be something more in the style of the alternative story line, and I couldn’t help but love the ending. Plague Knight was an unexpected gem in the treasure trove, especially once I got the hang of the new character. 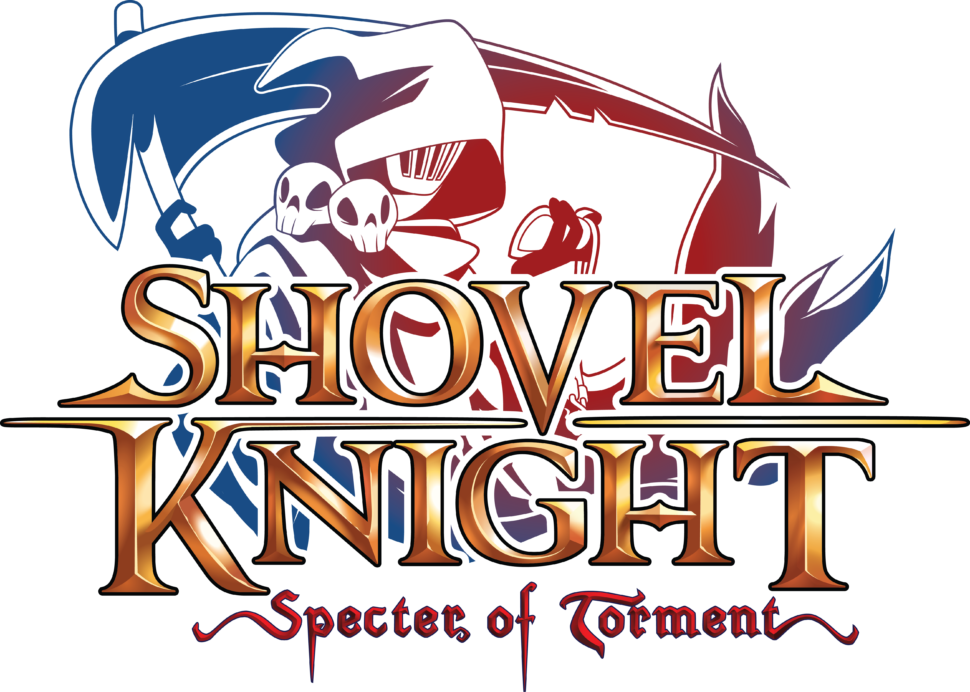 The newest installment in the series could definitely be considered the best. The movement is the most fluid of the three, giving way more of a Ninja Gaiden feel than the others, including wall running and quick movements, as well as fast paced combat and dash attacks, requiring timing and precision to really use Specter Knight to his full potential. Specter of Torment does away with the overworld map, and instead has a more traditional level select screen from the home base. It utilizes a similar health mechanic to Shovel Knight as well; no more temporary max health increases, but instead there are several wisps hidden throughout the game across the multitude of levels (if you miss a wisp, you can always buy it in the main base once you’ve beaten its associated world’s boss). Equipment is bought with collectibles, and you need to play a very short stage for each one, learning how to use that piece of equipment before you can walk away with it. Each accessory can also be upgraded to become stronger and more useful once you unlock the character who you can pay to do that.

The story of Specter Knight is certainly the best in the series, where the main character actually has a well thought out reason for doing what he’s doing. Once it’s all said and done, Specter Knight isn’t just a soulless enemy in the Order of No Quarter, he actually has a motive for being there. Every few levels, there is a backstory stage that explains how he got to where he is, and why he is so eager to serve the enchantress. The epilogue really made it all fit together, and it was definitely my favorite of the three to play through. Each level has very little reuse from the other installments, unlike Plague Knight. They were all specifically designed for Specter Knight and his fast, unique movements. This includes the boss fights as well, where unlike Plague Knight, the behaviors and attack patterns were completely redesigned. I had to relearn everything in each battle, and it made it so much sweeter toppling each Knight for a third time. The modifications to the game itself had me smiling, as I noticed the little things like instead of cooked turkey to fully replenish my health, I was picking up turkey bones instead, or a rotten apple, or decomposing carrots. These little changes really sold me on Specter Knight, and helped me fully appreciate the amount Yacht Club cares about its games.

Shovel Knight: Treasure Trove is a fantastic compilation of games that will hopefully lead to a rebirth of 8-bit 2D platformers. It simply does everything well. The inclusion of a Body Swap mode that allows the player the change the gender of any character in any of the games is a very cool add; In my game, Shovel Knight was a female, pursuing the male Enchanter (instead of Enchantress), and even though it was something small, I couldn’t help but enjoy the change. When I put the game into TV mode, I couldn’t help but notice some weird flashing issues in some of the objects, but it felt quite natural in handheld mode, even if the unconventional d-pad buttons left something to be desired (I played pretty much all of it with the control stick instead of the d-pad). Treasure Trove delivers a ton of value for its asking price, with three games that are each truly unique in their own way. I highly recommend it.