Personally, I’ve never had 80’s inspired nightmares where I’m shrunk to half my size and need to defend myself from encroaching hordes of bugs. My lack of terror induced dreams might be explained by me not having been born in the 80’s, but I didn’t see that as any reason to stop me as I dove head first into Attack of the Bugs.

I jumped into Attack of the Bugs with my headset firmly strapped on and my touch controllers at the ready. That was, at least, until I was told I would only be using one of my hands to play. “Damn right.” I thought to myself, “Stupid left hand getting in the way all the time, serves you right for me not being left-handed”. Despite my newfound contempt for my left hand I still missed it as the game started up into the virtual reality tower defense first-person shooter hybrid (try saying that three times fast) that is Attack of the Bugs. As I supervised my troops who were moving across the living room floor that I deemed no-man-or-bug’s land, I found myself wishing that my left hand was with me, so that I had something to hold my nail gun in so I could shoot whilst gathering resources and deploying my troops. Maybe I needed a third hand. My dreams, however, were left dashed as my hand lay dormant at my side.

Attack of the Bugs marks my first interaction with a virtual 80’s environment and, sadly, it doesn’t live up to my expectations which had been raised with the promise a never-ending cheap horror movie nightmare. Instead, everything felt flat and barren as each of the five levels was lacking in both detail and character. Whilst the room’s wallpapers might have been the height of fashion in the 80’s, they were not enough to immerse me in the experience and make me think I was living in a B-movie. When looking at each element of the game it was clear that Empty Clip Studios is a team with great passion, as each component is very well designed when looked at individually, but the problems arise when the individual pieces come together to make a whole, as it feels like Attack of the Bugs was developed by people in separate rooms who were only able to communicate through tin cans with string connecting them, thus resulting in every element poorly meshing together. Whilst it makes sense for the toy soldiers and robots to look like they have jumped straight out of an 80’s kids toy box, it gets confusing when they are fighting against oddly realistic insects which look like part of a separate game. While I was playing, the constant lack of cohesion kept me from getting immersed and enjoying myself. Having said that, however, there is a certain line of appeal as there would be nothing more fitting of a game following the style of B-movies than feeling a little cobbled together.

As you fight the oncoming waves of bugs, you will unlock new tools at the end of most levels which allow you to become increasingly more powerful as you fight through each new level. These new tools will either be a brand new toy to use or a crafting recipe which will allow you to combine your current arsenal to make bigger and better toys. The upgrades not only feel more powerful, but you get to see it in action too, as you have the ability to return to the previous levels and try blasting lower level enemies with your (now) vastly superior weapons. Here you should be able to see how it has become easier. Emphasis on ‘should’: it feels like a slog. Even when going over the same levels, you will spend most of your time using the same weapons and strategies that succeeded in the first place. Towards the end of the game you do receive a substantial upgrade (spoiler alert: it’s a powerful new weapon) which changes how you play. When you get this new item the game feels fresh and rejuvenated, and it’s just a shame that this isn’t the case with each new recipe and tool.

Attack of the Bugs does have some great mechanics, such as the grappling hook, which will become your number one tool of choice. You can use the grappling hook to grab the moving boxes, which are full of your stuff, in order to have any chance of surviving. Not only do you have to grab them quickly to get the tools you need to fend off the encroaching bugs, but also you need to be wary of the path your box is taking as it is dragged towards you, as hitting a soldier with a box will cause them to try and climb it, thus distracting them and temporarily putting them out of play. This presents you with a conundrum: do you risk pulling the boxes down and them landing on your soldiers, or do you wait whilst the bugs get ever closer to make sure the toy soldiers get there without delay? Whilst the grappling hook does offer new and interesting options it is not without fault, as the time it takes to reel in a box can often leave you bored with nothing else to do as you wait for it to reel itself in. This dead time in the game is far too common, since you will spend most of your time reeling in new boxes, hoping to get the all-important soldiers you need to complete the level, and leaving you watching rather than playing.

It’s not uncommon to be left not needing to do anything in Attack of the Bugs. After setting down a few robot turrets you can focus largely on getting boxes and deploying soldiers. Only occasionally will you ever need to use a weapon to kill a few bugs that have gotten close to either you or the all-important power box. This left most of the time I had with the game feeling very boring, as passively watching characters move across the screen was not exactly the pinnacle of entertainment or lively gameplay. Attack of the Bugs does have its action-packed moments, however, as if the bugs ever manage to destroy the power box, the lights will go out. If this happens you are left with only a torchlight from your headset, which really doesn’t offer much light at all. When the power is out, you are suddenly made to defend yourself, and you’ll find yourself looking around the entire room frantically to try and find any bugs making their way towards you. In these moments, your goal shifts from destroying the hive to defending yourself. When the lights are out, the game becomes frantic and tense as you move your head around, prioritising your survival above that of your soldiers. When the focus shifts like this, the game becomes incredibly exciting and fun to play as you are constantly interacting and playing rather than just watching and waiting.

Since resources are limited and only available by dragging boxes towards yourself, you might expect there to be mounting tension as your ammo runs low and you realise you have little more than your sharp wits and winning smile to defend yourself with. Unfortunately, this is not the case, as even when the need to use the main weapon (a nail gun) arose, it was not a simple or enjoyable task. The nail gun, much like real life nail guns, does not have any reticule or any way to easily aim it easily, instead having you waste many a precious nail while trying to guide your aim into the right area and praying that your nail hits an enemy. In theory, this should make it all the tenser. In practice, it falls short, as usually you are just shooting at and killing bugs at a distance where there is no consequence or theat. Sure, there may be a time where you are frantically shooting at a bug that has just dropped down from the ceiling onto your unaware lap, but with the long paths the bugs take it’s far more likely you will just be shooting at a distance without any fear. The only consequence missing a shot has at these stages is that you find yourself wondering how your aim could possibly be that off.

It wasn’t just ammo that I found myself running low on, as the game itself ran out of content rather quickly. With only 15 levels to choose from, it took me just under two hours to complete all of them. After this, there is an infinite mode where you pit yourself against never-ending hordes of killer bugs to see how long you can last, but I wouldn’t consider this the core gameplay experience. It’s more of an addition after the fact if you want to keep playing or get your name on a scoreboard. Across these levels you will also find yourself up against a measly number of bugs with there only being three different bugs to kill, none of which are bees. I found this rather disappointing, coming from a b-movie style game which sounds so close to an actual bee movie. These missing components left Attack of the Bugs feeling short and incomplete, never truly fleshing out the ideas which all have the possibilities to work.

Attack of the Bugs is a great idea wrapped in a cocoon of less than stellar execution. There are amazing elements within the game, giving you moments of real panic and tension when something surprising happens. However, for the majority of the game you will be left watching and waiting, simply repeatedly gathering resources and wondering if a bug ripping your head off with its mandibles would be more enjoyable than this. 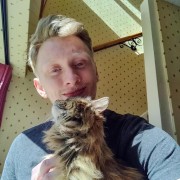