Rebel Galaxy Outlaw is the prequel to 2015’s Rebel Galaxy and aims to look at the world of intergalactic smuggling through a fresh lens. Where the first game focused mainly on bulky, larger ships and naval-style combat, the second will be putting players in the cockpits of more maneuverable fighters, and allowing them to take full control. We had a chance to ask Erich Schaefer, President and Co-Founder of Double Damage Games some questions about the changes coming to Rebel Galaxy Outlaw and what inspired the team.

What do you think sets Rebel Galaxy Outlaw! apart from other space exploration games?

Erich Schaefer [ES]: We’re trying to infuse character, grit and color into a genre that we often find too cold and lifeless. Real space is dark and silent. Space flight and exploration is precise and mathematical. So we throw reality out the airlock and instead try to make it fast-paced, fun and enjoyable. 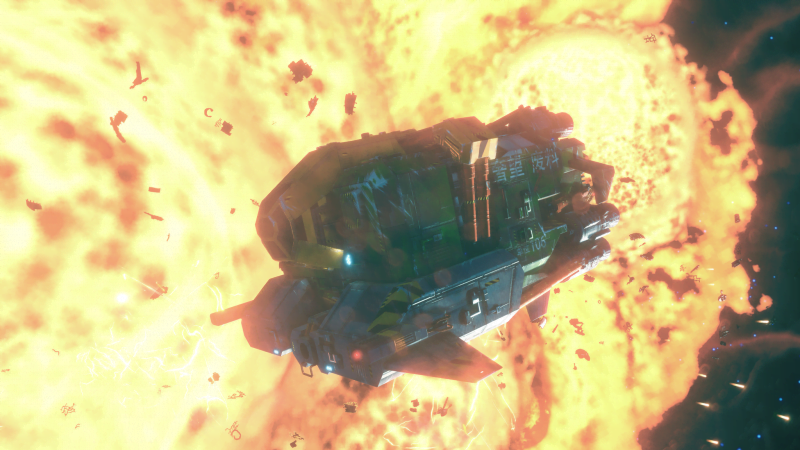 Allowing first person piloting is a huge change from the first game. What inspired it, and how do you think it will alter players’ experiences?

ES: There are a bunch of reasons we changed to smaller-ship, cockpit-style action, but most important is that when we created the first Rebel Galaxy, we were trying to use our naval-style combat to stand out in what looked like a crowded field. But it turns out none of the big games in development came close to capturing the Wing Commander/X-wing genre we loved so much in the 90s. When we decided to make this follow-up, the field was even more ripe for exploitation (in a good way, I mean). Hearing from space game fans and our own community and friends, I think this is the game people want. Also, while we loved the naval style and the 2D exploration, its fun to have a new challenge as developers. 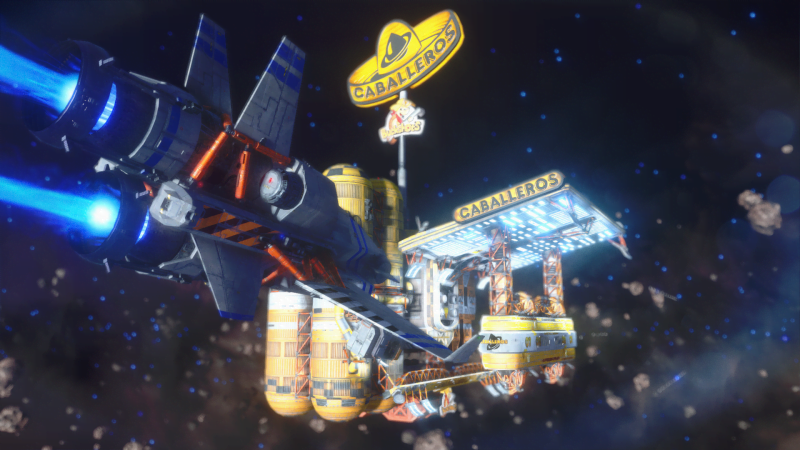 The soundtrack was one of my favorite aspects of the first game. What inspired the tone and feel of the music in Rebel Galaxy, and does that change at all in Outlaw?

ES: The style hasn’t really change in Outlaw, but it has expanded. We now have seven radio stations, two or three of which have similar music to the first game, but now there are more choices available including Latin, Jazz and Classical. We’re curating all the music to match and add to mood of the game, however, its not like top 40 hits, type stuff. The inspirations are our Texas, road-house, run-down frontier flavor that come from various novels, movies and TV like Firefly. The new jazz channel is a call back to Cowboy Be-bop. 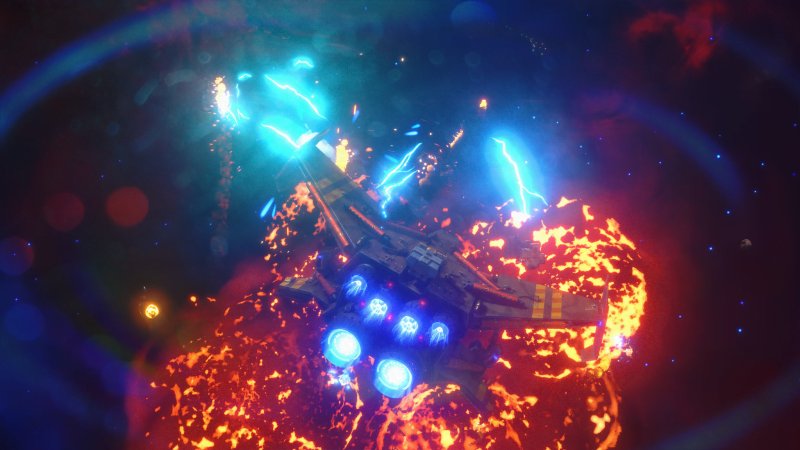 At present, what feature are you most excited to see players interact with?

ES: I think the dog-fight action that is very accessible to all skill levels but still super fun. I’m not the best at this kind of combat, but we’ve done a lot to make easy and rewarding. I’ve done thousands of combats now and it never gets old to blow up enemies. 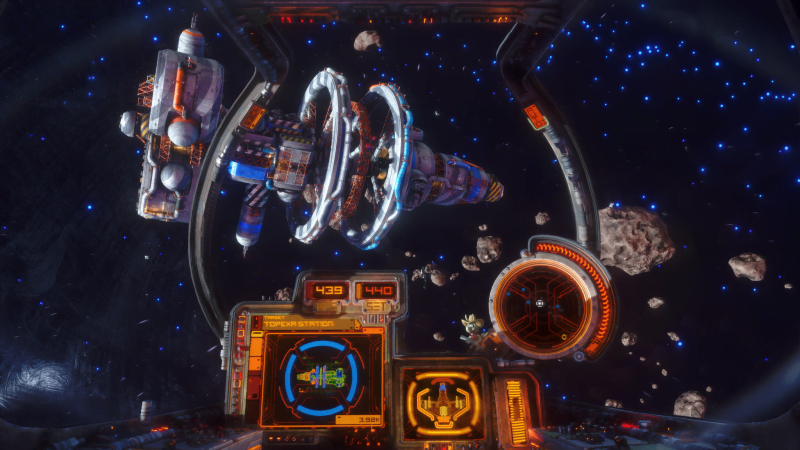 What are some of the primary influences between Rebel Galaxy Outlaw’s tone and visual style?

ES: I hit on a lot of these in the music question, but its all kinds of media from the 70s through the 90s that treated space exploration and combat in a fun campy way. Obviously the Star Wars stuff, games like Star Control 2 and Privateer, but I’d also add even weirder, goofier stuff like Space Pirates, Star Crash, and The Last Starfighter.

Finally, and arguably most important, which would you rather fight, a Rancor-sized Goomba, or fifty Goomba sized Rancors?

ES: I feel like there might be a weakness to the Rancor-sized Goomba; some way to slide underneath and slit it’s belly open maybe. Or fool him into crashing into a wall and knocking himself out. The fifty little Rancors would just swarm and overwhelm. I hate little crawly teethy things.

Rebel Galaxy Outlaw will be releasing some time in 2019 on PC and consoles. Thanks again to Erich Schaefer for taking the time to answer our questions, and for more information on Rebel Galaxy Outlaw check out their website here. For those who haven’t played the original (our review), it’s available on Steam now, and is well worth the price of admission.