Day 2 was filled with immeasurable crowds, impossible lines for titles ranging from AAA all the way down to Goose Game, and more than a few cases of the PAX pox lingering around the crowded convention center hallways. In the end, I survived, and here are my top titles of today’s show beginning with my favorite game from Pax West 2018 so far, My Friend Pedro.

My Friend Pedro (MFP) answers the age-old question: What would happen if you woke up in a warehouse full of hostile gangsters with only a talking banana as your companion? The answer is apparently a series of increasingly ridiculous gunfights, slow motion flipping, and dodging bullets with ballerina-like pirouettes. MFP’s gameplay is fast, smooth, and incredibly simple to jump into. Less than a minute into my demo, I felt like Deadpool, flipping through cadres of armed thugs and taking them out with ease. That’s not to say the game will be easy, I died twice on the first boss fight, but it’s certainly accessible in a way that other similar games (e.g. Hotline Miami) are not.

The demo showcased three levels: Two with relatively normal side-scrolling action, and then a third, boss-battle level, taking place on a high-speed motorbike. The level design works very well and lends itself to fluid movement between the epic gun-battles. When completing a level, players are given a grade for their performance based on the amount of kills they racked up, how fast they completed them, and the amount of cool flips that were integrated. In addition, a video is saved of the player’s coolest kill in the level, with a button for easy sharing on social media.

My Friend Pedro doesn’t have a release date yet, but will be coming to Steam, as well as Nintendo switch sometime in 2019.

A complete departure from the first indie title on this list, Bee Simulator puts players in the role of a bee, living out daily life in central park. While the developers were originally targeting a younger audience, the overwhelmingly positive response to their first trailer from all age demographics made them re-consider. As such, there will be two modes for the game, one for children, and one for adults. The first will be far simpler, with fewer mechanics to master, just allowing kids to explore the world on a micro scale and learn a little bit in the process. The latter will add more mechanics, such as a robust fighting system, described as Mortal Kombat with bees, as well as more challenging puzzles.

In my short time with the game, it was hard to deny its charm. There’s something intriguing about exploring central park at such a small scale. What would ordinarily feel like a condensed world map takes on gargantuan proportions on an insect scale. The game is also driven by an incredible soundtrack, helmed by the same composer as some of the Witcher games, as well as assistance from those who worked on the Lion King. The result is a beautiful score, increasing the immersion and lending weight to the narrative.

Bee Simulator will release in Q1 2019 on Steam and all other platforms. 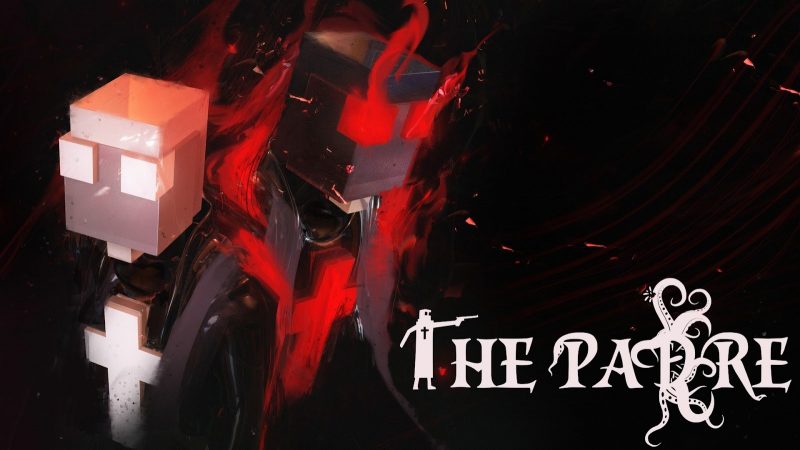 A theme of this year’s PAX appears to be wonderful indie games from Poland. I’ve seen a total of six in my show so far, and all have been equally impressive. While there wasn’t a gameplay demo for Padre yet, the footage I was shown was intriguing. The developers have taken a voxel art-style and applied it to the old action-horror game genre. Players will enter the role of The Padre, a demon-hunting, wise-cracking priest, solving puzzles in a Lovecraftian manor and uncovering plenty of Easter eggs along the way. The developers were huge fans of games like the original Resident Evil and wanted to capture similar gameplay elements, while also bringing a degree of humor into the mix.

Padre is set to release later this year with an official date and platforms yet to be announced. Stay tuned to Gizorama for more info as we’ll be following up with the developers after PAX for a few interviews and covering the game more heavily closer to release. 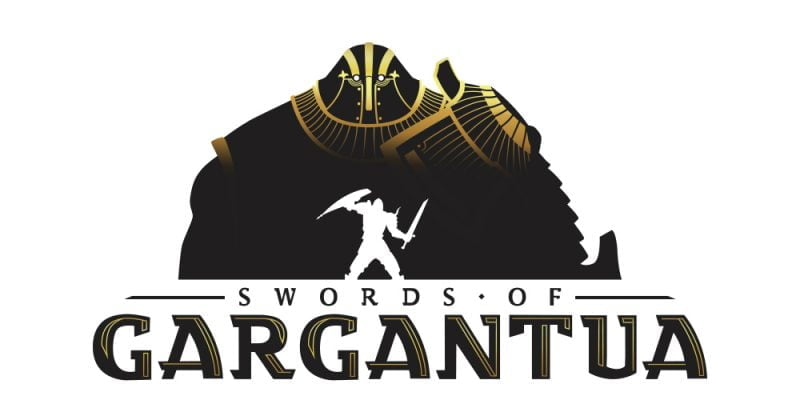 Stepping into VR is always a little bit of a mixed bag, but I’m happy to report, aside from a few of the usual glitches VR suffers from, Swords of Gargantua is just fun. For my demo, I teamed up with three others to battle my way through several waves of giant enemies in ancient arenas. At present, there were three weapons to experiment with: Swords, rapiers, and maces. Each has its own set of benefits and tailors to the player’s style of choice.

One of my favorite parts about the demo was interacting with the other players. It’s hilarious and entertaining to watch everyone fumble around in VR while trying to take down the game’s serious enemies. At one point, I broke my sword and had to resort to punching a few enemies to death, and even though I got killed in the process, it was still fun. The demo also did a great job of preventing motion sickness. Some movements, such as turning left and right on the controller are done in thirty degree segments to make the sense of movement a little easier.

In its present state, the game is still a little clunky, but very fun with friends. Swords of Gargantua is available for wishlisting on Steam and is targeting a release date later this year on all PC VR devices.

One of the highlights for my Saturday was attending a panel with members of Avalanche showing new gameplay from their upcoming title, Just Cause 4. If players thought the third entry in the series had topped out on ridiculousness, they need to buckle up, because the team at Avalanche has completely redesigned their game engine with absolute chaos in mind. Just Cause 4 is bringing a couple of new mechanics to the game in the form of extreme weather, new grapple customizations, and distinct biomes. For a deeper write-up, check out our article, Destination Chaos – Just Cause 4 Footage Preview. 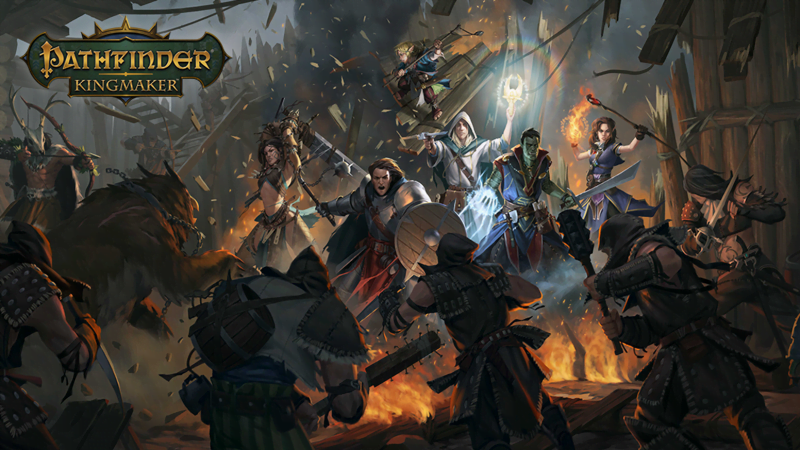 Set in the same universe as the table-top game of the same name, Pathfinder: Kingmaker (PK) is an adaption of old-school pen-and-paper role-playing for the digital generation. Right out of the gate, it’s clear that the developers wanted to stay true to the game’s roots and pay homage to its base. Whether it’s the skill checks and saving throws populating the bottom right hand of the screen, or perception skill-based trap discovery, it feels like an evening’s campaign, with a little less dice rolling. The game feels like a mix between Baldur’s Gate and Divinity: Original Sin 2, with the combat of the former, and the character creation and attention to detail of the latter. Combat was difficult to master at first, as the demo had me taking control of a six-player party with a wide variety of abilities, but luckily, it allows for pause-and-play for ease of planning. PK also has a rich lore to pull from, and it does so extensively. Luckily, for those who are unfamiliar with the original game, dialogue boxes have context areas that can be hovered over for more information and background on the characters.

Pathfinder: Kingmaker is releasing later this month on September 20th, and will be available on Steam.

Day 2 of the show is over, but I’ve still got one day of coverage left! Check back tomorrow for news about Rend, Goose Game, and Dying Light: Bad Blood.