Fans of the series will be excited to hear that once more the team has upped the ante for what kinds of chaos Rico can cause, and crafted a beautiful new world for him to wreak havoc in. During the presentation, clips were shown of three brand-new additions to the Just Cause franchise: Grapple hook modifications, extreme weather events, and highly distinctive biomes.

First up, we got a look at the new weather system, specifically showcasing tornadoes and a lightning storm. The team at Avalanche re-built their engine to have realistic physics-based weather, enabling players to cause chaos in ways that weren’t possible before. The new engine incorporates their favorite parts of systems from other games they have worked on like previous entries in the Just Cause series and Mad Max. The attention to detail in these new systems is staggering. Everything about weather works exactly as you would expect it to, and that means using these hazards to your advantage is intuitive. For example, if you’re fighting enemies in a lightning storm, the bolts are going to strike the highest point, so wing suiting below helicopters is a great way to stay safe and cause some serious damage in the process.

Tornadoes are also looking amazing. During the gameplay footage we saw, one of the streamers attempted to take off with a jet plane but got a little too close. Despite the jet engine’s power, they were slowly sucked into the middle of the vortex and subsequently destroyed. Sadly, at a Q and A afterward, the developers confirmed that there will be no sharks in the game, and thus, no possibility for a recreation of Sharknado… However, they did confirm that if you shoot rockets toward the vortex, they can get caught and fly in circles, creating a rocketnado. It’s not the same, but I’ll take it.

The grappling hook, Rico’s signature weapon, has once again been given special treatment with a host of new customizable features being added. First up in new additions were the grapple balloons. These allow Rico to attach a balloon to any object and send it skyward, similar to one of the abilities in Metal Gear Solid 5: The Phantom Pain. Second, they showed a grapple rocket modification. These work similar to the rocket mines in Just Cause 3, but with a little more power. Players can use this attachment to place rockets at the end of their tether and send whatever is on the other end flying at high speeds into the stratosphere. These new grapple abilities can be combined for hilarious outcomes such as the balloon-powered, rocket-propelled, death tank shown off in the demo. 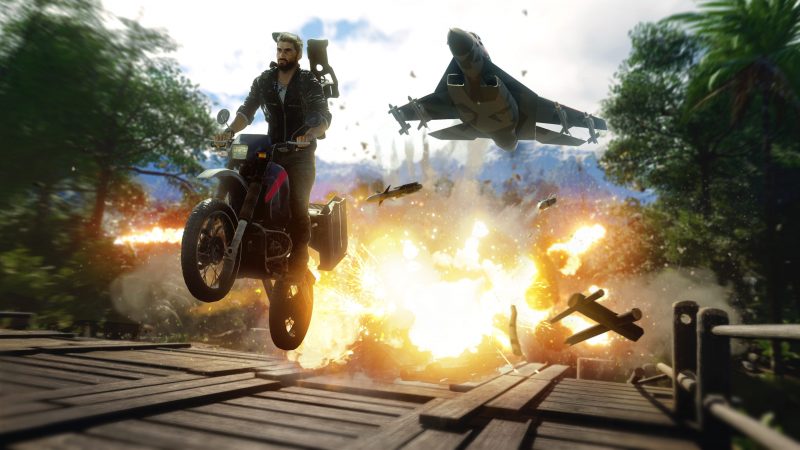 The other interesting aspect to these new grapple mods is the fact that they are highly customizable. For example, balloon tethers can have their maximum altitude altered, and can even be made to follow Rico. The developers didn’t show too much of the customization system during the demo, but they did say that there are over 4-million unique combinations for different grapple abilities.

Finally, what is destruction without a beautiful world to unleash it upon? Just Cause 4 takes players to a fictional island in South America with four distinct biomes, each bringing their own versions of extreme weather. In today’s demo, we saw gameplay in a desert, as well as a few thunder-struck mountain bases. The other two areas look to be a deep jungle as well as snow-capped mountains, each sure to bring their own unique challenges. 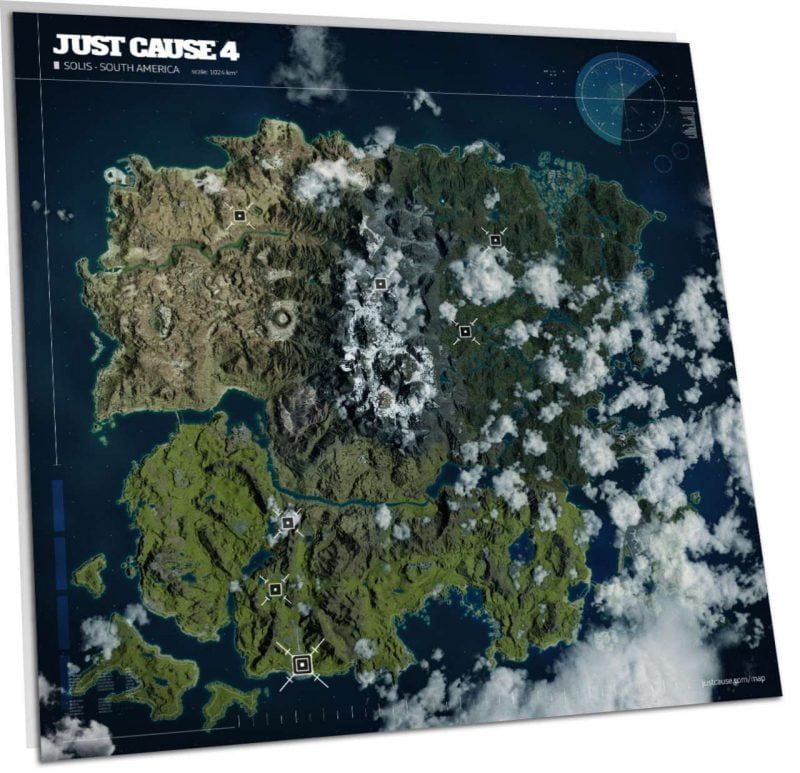 Overall, as a fan of the series, I couldn’t be happier with where Just Cause 4 is taking the franchise. Once again, Avalanche has doubled down on the ridiculous physics-based destruction of past titles and added a host of new features to make the game unique. Just Cause 4 releases on December 4th on PC, Xbox One, and PS4.

For a full recap of PAX West Day 2, check out our summary article highlighting some excellent indie titles.