When trying to explain E3 (Electronic Entertainment Expo) to someone unfamiliar, it is important to emphasize that the goal of the show is to build audiences’ anticipation for the near and intermediate future of gaming. Developers and publishers accomplish this (or don’t) by showing gameplay, teaser trailers, or just display a vague logo for the next iteration of a beloved franchise. At recent shows, the conferences have focused on the near future, like Bethesda revealing games that release in five months. This past E3 has shifted towards talking about the intermediate future; a future where we don’t play the same as we used to. This year’s E3, more so than years past, has set the stage for for future showcases to discuss the next leap in gaming technology. In layman’s terms, time to throw away your PS4 and Xbox One!

Just kidding, don’t do that. There are at least two solid years of this generation with many great looking games on the horizon like Spider-Man. Whether audiences were prepared or not, the presenters definitely planted the seed of an imminent new generation of consoles throughout the show. Here is where that happened:

The Microsoft conference is where it all started. Before Phil Spencer was so graciously interrupted by the Cyberpunk 2077 hack, he was discussing the future of Xbox. He reiterated that Xbox is committed to building up first-party studios and mentioned that engineers are “deep into architecting the next Xbox consoles.” Essentially, Spencer was saying “the next console is going to be loaded with true exclusives, I promise.” According to reports, the next Xbox, or family of Xbox systems, will be released in 2020 and is currently codenamed Scarlett.

The next publisher to talk about the future consoles was Bethesda. More specifically, the video game rockstar Todd Howard used the exact words “next generation” when he revealed the teaser for Starfield. When Howard dropped the bombshell of The Elder Scrolls VI, he referred to it as “the game after [Starfield].” Quick math says that Starfield is at least two years away while The Elder Scrolls VI is at least four or five. Don’t even think about Fallout 5.

Square Enix may have shown their hand for the next console release, but not in their livestream. What Square Enix did NOT show speaks volumes to the looming wave of next-gen consoles. Where was that Avengers title? It would have made sense to show something with the recent success of Avengers: Infinity War. Where was the Final Fantasy 7 remake? These games were revealed years ago, with very little to show. Now, there is still nothing to show. Knowing Square Enix and their recent drawn-out releases like Final Fantasy XV and Kingdom Hearts III, we may not see these highly anticipated titles for quite some time.

Ubisoft never mentioned the next consoles outright, but there is one title they showed that will mostly likely release on that hardware. Beyond Good & Evil 2 is nowhere near done. Last year, the developers showed a cinematic trailer. This year, they showed another cinematic trailer, revealed a partnership with Joseph Gordon-Levitt’s HitRecord, which lets the community help build the world, and some pre-alpha footage. Everything in the showcase about Beyond Good & Evil 2 points to the fact that it is years away. If the beta does release in late 2019, then the earliest we can expect the game is 2020, which is coincidentally when the next Xbox should be releasing.

Last, but certainly not least, is Sony. They have been showing a game that is clearly not coming to the PS4: Death Stranding. Let’s be honest, you do not even know what this game is. No one does. Maybe not even Kojima. The new Kojima Productions was established in 2015, with Death Stranding revealed at E3 2016. Kojima has all of the time in the world to make this game, so why rush it when the next consoles are on the horizon? I want to carry a fetus around a cold grassland as much as the next person, but it is clear we will be waiting for a while.

The games that appear so far out might as well just release on the new consoles. With extra power, these highly ambitious games can fully realize realize their vision and look better than ever. It would also help the consoles sell more units if a game like Starfield can release close to the launch of a console. Conversely, first titles on new hardware sell very well. If Knack can sell over a million copies, imagine how many an Avengers can sell. It’s a win-win for everyone.

Recent history tells us it may be time for a console change anyways. The Xbox One released eight years after the Xbox 360 and the PS4 came seven years after the PS3. The year 2020 will mark seven years since the last consoles came out, so we have officially entered the anticipatory zone. Obviously, Xbox lost the ongoing console wars this generation, and they would love nothing more than to start over with the positive momentum Phil Spencer has built up in his short tenure so far.

In the blink of an eye, more rumors about the new consoles will leak. Then, E3 2020 will unveil one or two shiny pieces of hardware. Along with that, games will be revealed that can be played on the current consoles, but will most likely run better on the new ones. The contemplating starts. Should I get the new Xbox? Should I wait until those typical day one issues are sorted out? Should I just stick to my Switch?

We are in the denial stage of grief. It feels like just yesterday the PS4 Pro and Xbox One X released and some of us bought those and maybe a 4K TV to go along with them. You might be saying, “there is no way new consoles are that close!” Now is the time to drop an old adage: time catches up to all of us. Apparently, so does technology. 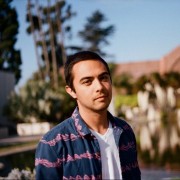 Thomas lives in the LBC, where is waiting for the next Pokémon Snap and Lil Wayne album.
Leave a Reply