Rainbow Six: Siege‘s first Major, held in Paris, sparked a ton of intrigue early on, with surprise performances from NA-qualifiers Obey Alliance making it out of group phase, as well as Season 7 Champs Team Liquid flaming out early. Once group play had finished, the brackets showed what everyone wanted: a collision course between G2 (formerly Penta Esports) and Evil Geniuses, with a few road blocks in the way. Both teams stormed through bracket play, failing to drop a single map on the road to a clash of the titans in the Grand Finals. Despite some thinking Rogue is the better North American team, EG continued to have their number, swiftly dispatching them in a pair of 6-4 map victories, while G2 left absolutely no doubt against their semi-final match with Team Secret (formerly I Don’t Know). Everything was shaping up to be a throwback to the R6 Invitational in February, where Penta rallied from a 0-2 hole to win 3 straight maps (in overtime on the final map) to claim victory. G2 had other plans. 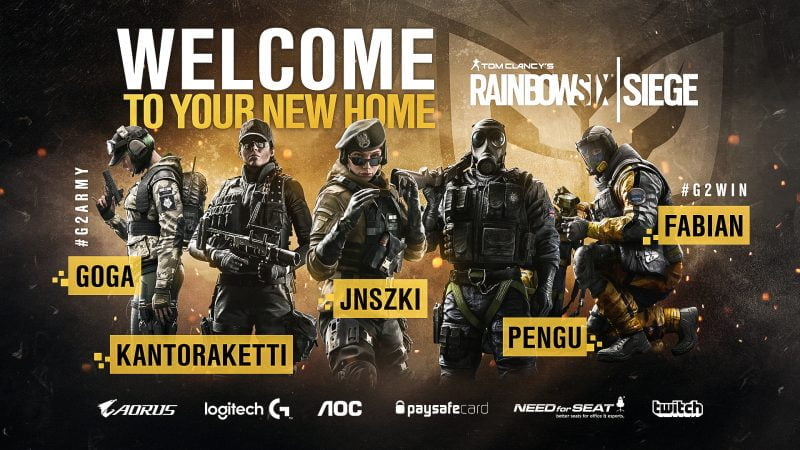 From the getgo, nothing was working for EG, as G2 pinned swift victories on Villa, Consulate, and Border (with EG failing to put a point on the board on the last map until they were already down 0-4), besting the North Americans for the third time in as many LAN events. G2 looked absolutely unstoppable as they stymied EG on seemingly every round on both sides of the map. The EU team continues to be the best in the world, as they look forward to continued Pro League play (where they sit atop the EU standings as of this writing).