Hans Selye, the father of our modern understanding of the concept of “stress”, once said that “it is not stress that kills us, it is our reaction to it”. This concept goes hand-in-hand with a burgeoning modern interpretation of stress as a positive factor in our lives. Stress keeps us going, galvanises us, makes us want to achieve more and overcome the odds.

This desire for something a little more challenging in life often manifests itself in our entertainment choices, too. Gamers, especially, are constantly asking for experiences which hark back to the golden age of early platformers like Mega Man and Castlevania, games which relentlessly challenge players with skill tests and reflex challenges. Sometimes, though, we’re after something even more simple than that. 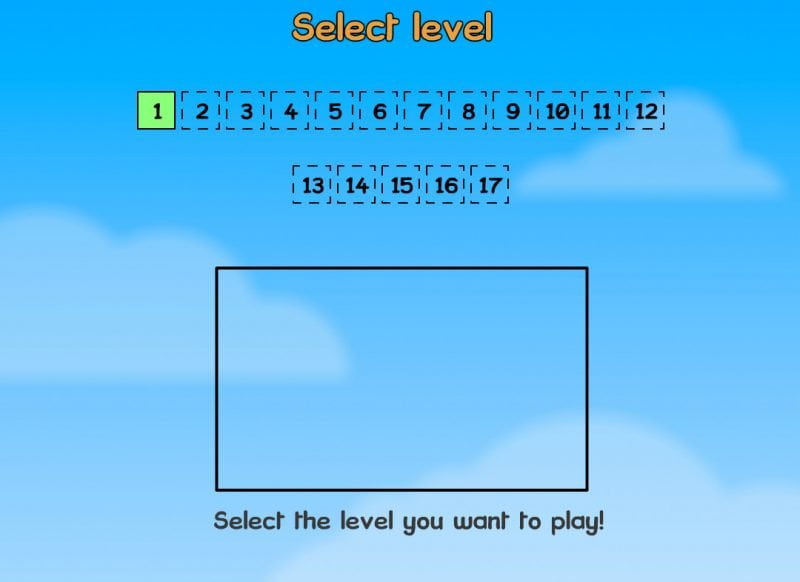 Sometimes, all we want is a tiny red ball, a series of increasingly complex and difficult physics-based stages and some relentlessly funky music to soundtrack our repeated failures. Red Ball is a relatively bite-sized platformer with some light puzzle elements which manages to provide all of the aforementioned elements, and a few surprises, too.

Right out of the gate, Red Ball can be played on Poki and it impresses by keeping its tutorial elements to the background. We’re big fans of “show, don’t tell” in video games, and Red Ball understands this mentality. Mechanics and interactions are either explained with unobtrusive floating text (which can entirely be ignored if you wish) or organically demonstrated through exploration and trial-and-error, which is satisfying in the extreme.

In Red Ball, you will take control of, well, a red ball. Mostly, the mechanics we mentioned earlier involve figuring out how your red ball will interact with the environment around it, whether that be powering a car by pushing it, gaining momentum to launch off a slope, or careering into a stack of boxes to create an impromptu bridge. Many of the puzzles reminded us of capering indie platformer Human: Fall Flat, in that the puzzles themselves have fairly simple setups (push car down hill) but a semi-realistic physics engine makes them difficult to execute well.

That’s not a criticism, though. Some games revel in complexity, while others are happy to emphasise the simplicity of their challenge, and Red Ball is definitely in the latter camp. Your ball is capable of moving and jumping, and that’s pretty much it; there’s no weapons, no clever double jump tricks or sidestep moves, nothing. Simplicity should not be confused with low difficulty, though. Put simply, do not play Red Ball unless you’re in the market for a serious challenge. 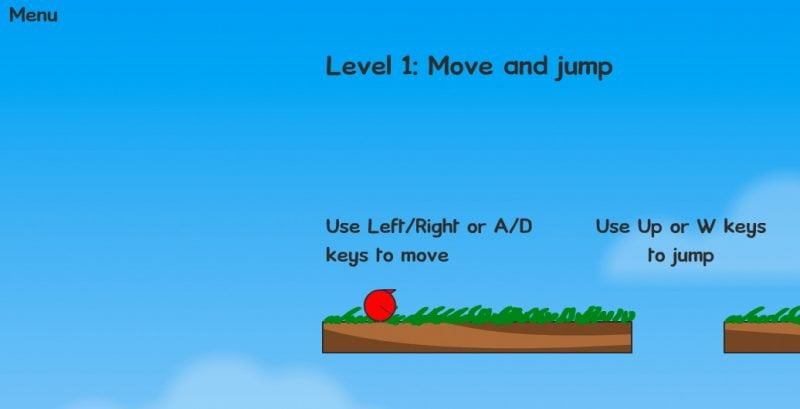 Although the game’s early levels are fairly forgiving, it doesn’t take long for Red Ball to seriously ramp up in difficulty. Your little ball will be expected to perform death-defying jumps and avoid some seriously aggressive enemies from around a third of the way through the game onward. Some of Red Ball’s puzzles consist of reasonably lengthy physics challenges which you’ll need to pull off without a hitch to succeed. The difficulty can occasionally be a touch unbalanced; we managed to get through some later stages with much less trouble than some earlier ones. For the most part, though, the challenge of Red Ball is well-balanced and curves nicely, so you won’t be feeling like you’ve suddenly stumbled on a much more difficult game.

So Red Ball has engaging, absorbing gameplay which manages to transcend its simplicity to deliver an engrossing experience. How are the visuals and the overall aesthetic? Well…they’re okay. This being a fairly small Flash-based effort, one shouldn’t expect the best the Unity engine has to offer, but the visuals in Red Ball can occasionally come off a tad muddled, with different styles of level geometry and character design meshing together in a slightly unappealing way. It’s never overly distracting, and it won’t pose a problem to all but the observant, but it can be a bit of a stumbling block in terms of a holistic design philosophy.

That said, the design of Red Ball is really nice, for the most part. The game uses a nifty minimalist geometric shape-style aesthetic to communicate concepts, hazards and gameplay mechanics simply and quickly; nothing is over designed in the game, which is definitely a refreshing antidote to many triple-A sightseeing tour-style titles. There’s only one music track in the game, and if you’re not a fan of 90s-style hip-hop funk throwbacks you might start to get a tad peeved after a while playing, but we were grooving on it ourselves, so your mileage will definitely vary on this.

All in all, perhaps the only really negative thing to say about Red Ball is that there isn’t very much of it. Just as the game is starting to ramp up and deliver, it’s done. There are only 17 stages in Red Ball, which doesn’t quite feel like enough since some of them are pretty short. That said, we suppose it’s testament to the quality of the game that we were left wanting more; after all, if what we’d played hadn’t been so fun and challenging, we wouldn’t want to play more of it.

We’d thoroughly recommend a run-through of Red Ball. It probably won’t take you more than a lunch break or two to finish, but it’ll definitely fill that time in a satisfying way.