Aside from the comical re-tooling of garden implements into destructive racing machines, Wreckfest also delivers on high speed, dirt-churning action with some of the best-looking vehicle destruction I’ve seen in a game for a long time. The racing feels solid, it’s easy to pick up, and most importantly, it rewards players who solve racing rivalries by slamming their opponent into a concrete barrier. 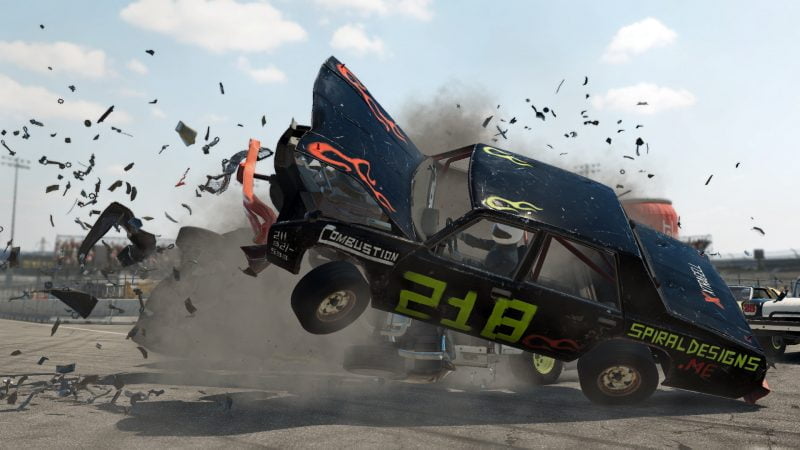 Wreckfest reminds me of a mix between the Forza and Burnout series, with the customization and realism from the former, and the madcap destructibility of the latter. The focus in Wreckfest shifts between realistic racing and destruction between events, and sometimes even in the same race. The beginning of races is often chaotic, with cars bunching up together and spectacular crashes setting the stage, but after the herd thins out, things get interesting. Over the course of a few events, it becomes clear that there’s a time and place to t-bone your rival, but often, it pays to just race. This is an interesting dichotomy that’s managed well and praises situational awareness. Luckily, winning isn’t everything, and players who want to just wreak havoc will also be rewarded for their efforts. Wreckfest lets players race how they want to and makes it fun either way.

Neither of these systems would work without solid mechanics, and luckily, the game does both sides of the equation well. The racing is pretty standard and what players have likely come to expect, but the destruction system is in a league of its own. When players collide with an opponent, it leaves a mark. Bits of metal fly everywhere, cars dent realistically, and systems fail based on where the damage occurs. If a player takes too many hits in the same area, their car will start to suffer, and eventually if they take too much damage, it’ll get wrecked and their race will end. This adds another interesting layer of managing the damage inflicted on opponents without damaging yourself too much in the process. By the end of some races, pieces of metal fenders and burnt out cars will line the track, creating obstacles, and making the destruction feel meaningful. 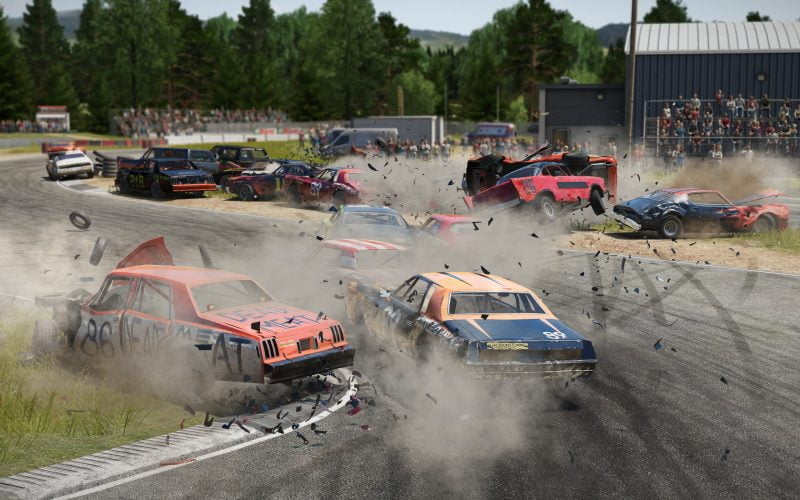 These massive crashes and scattered pieces of debris also don’t slow the game down at all. Running on a GeForce 970 with an i7, the game ran smoothly the whole time, even when upwards of twenty cars were colliding at once. The detailed destruction made the game a joy even when I was at the center of it and losing as a result. My only real complaint graphically is when it comes to the environments and tracks. With so much detail put into the destruction, it’s odd to see the almost bland nature of scenery surrounding the racing area. Trees look out of focus, and the carbon-copy spectators are static most of the time. Luckily, player focus is mostly directed at the cars and the track itself, but it would still be nice to see some attention to detail.

The uninteresting environments end up leading to a replayability issue as well. There is plenty of variety in the types of events players can run within Wreckfest, but, even with twenty-one tracks, it still feels like there’s not a lot of variety. After about five hours into the game, it felt like there wasn’t much else to see, and none of the tracks offered any new challenges. Fortunately, Wreckfest has embraced the modding community with the integration of Steam Workshop, meaning that players can hopefully create some new and zany areas for others to explore. 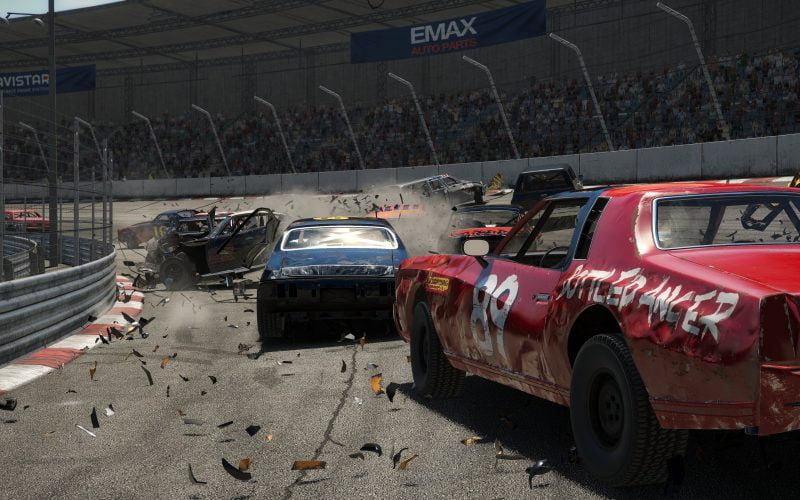 My hope for the modding community is that they’ll start to create some tracks that are a little outside the norm as for the most part, Wreckfest sticks to the traditional race arena settings. The tame nature of some of the game’s settings feels at odds with some of the crazier events, such as battling lawn mowers to the death. It would be nice to have some more out-there cosmetics for cars, like a mad-max style hood ornament, or further armor customization beyond slapping metal strips or roll cages to the car. Having some courses that break from the strict realism would also fit well within the game and offer reasons to come back. Even adding some more extreme jumps to some of the courses would help. 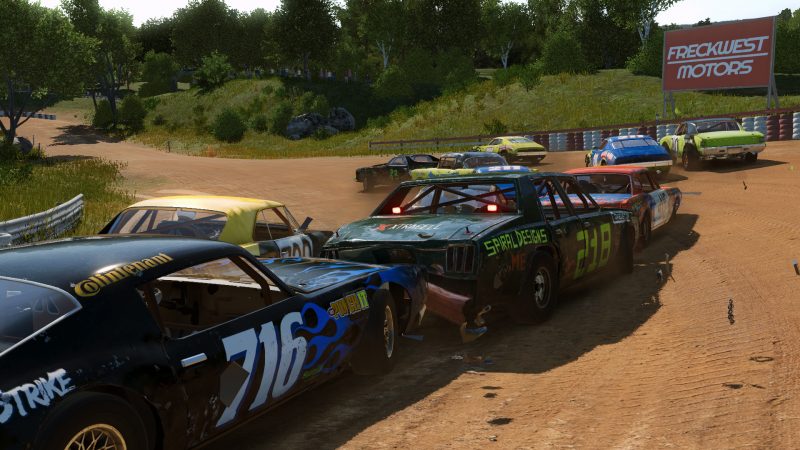 Despite the repetitive nature of tracks and the fairly generic car customization, Wreckfest is just plain fun. There aren’t many racing games out there anymore with this level of destructibility and it feels like a nice break from the crisp, clean cars of Forza. With console versions coming later this fall, I’m hoping that the development team will continue to add new tracks and vehicle classes to the game, making it even better than it already is. As it stands, Wreckfest is well worth the $45 price tag. It’s out now on Steam and coming to both PS4 and Xbox One in November.