Horror fans have had a helluva run the last few years. With a resurgence of the genre, largely thanks to the rise of the indie game scene, we’ve been treated to modern classics like Outlast, Amnesia, and Resident Evil 7. That’s not to say there haven’t been some duds from other indie studios looking to capitalize on the craze. Red Limb Studios’ Rise of Insanity manages to narrowly escape that, due largely to a sincerity that comes across as charming, despite some pretty bad localization efforts and voice acting. 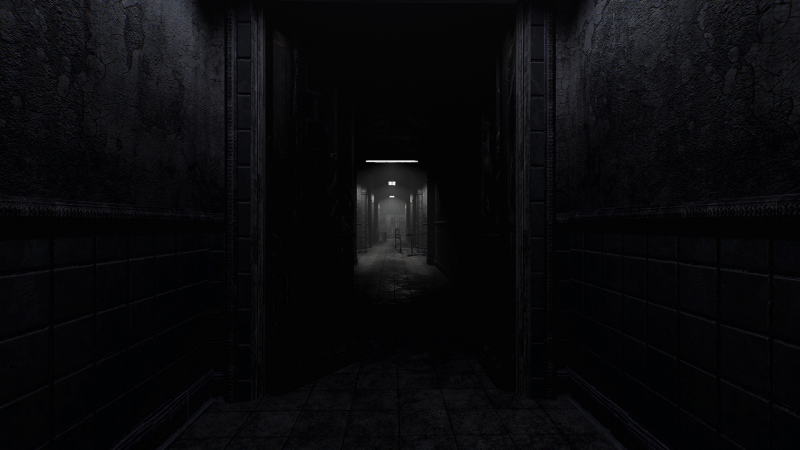 Most importantly, it’s crucial to note that Rise of Insanity is barely more than a walking simulator. You mostly move from room to room, experiencing whatever creepy thing the developers throw at you. Mostly that’s eerie sounds and frustrating jump scares, but there’s also some legitimately cool imagery, which I’ll refrain from spoiling. The most game-y aspects mostly involve some light puzzle solving, which are typically finding ways to open a lock. Unfortunately, these moments are far too rare, especially after seeing just how cool a few of these puzzles were.

You’re also never in any real danger. There’s no big-bad chasing you. There’s no enemies of any kind. And I’m okay with that, usually, but horror really needs to rely on a sense of tension. I shouldn’t want to go into that room because who knows what lies beyond the darkness. Rise of Insanity doesn’t do this. Instead something will bang on the door next to you while you’re walking down a dark hallway. Or a shadow person will randomly appear in front of you. It’s creating a false sense of tension, one which feels lazy because there’s no rhyme or reason to what could happen next. 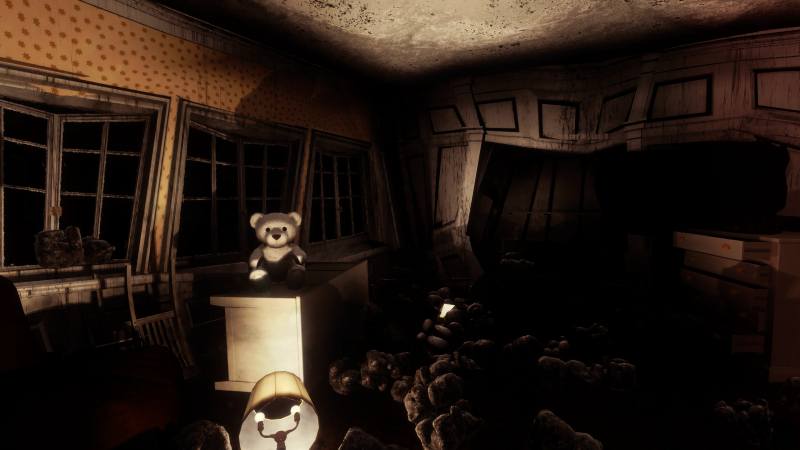 These walking simulators, or more accurately most horror games, tend to rely heavily on narrative to push you through. Rise of Insanity certainly appears interested in doing that – building a narrative about a psychiatrist with… questionable means and a patient who may or may not have killed his family. Each segment of the game – of which I counted roughly ten – spends five to fifteen minutes trying to get you to find notes or recordings to piece the story together. Unfortunately, these recordings and notes are marred by bad voice acting, writing, and localization. For example, the on-screen text often times fails to match up with what is actually being said by the actors.

By the end of the game, I had a rough understanding of what happened, but was still cloudy on the details. To be clear, this was not due to some decision to be vague (which would’ve worked much better, honestly) but instead shoddy storytelling methods.

Graphically speaking, the game holds up… fine, I guess. The environments are pretty bland, including a mental hospital, a mansion, and a garden, and you revisit these locations several times throughout the game. The lighting effects are actually pretty good, but unfortunately, the textures are pretty bad. The few times you see actual people, their faces are covered in masks, which feels like a cheap attempt at covering up the bad face models (I’m lead to believe this due to the poorly modeled bodies). Everyone you see moves incredibly stiff, if at all, which – again – matches the voice acting. 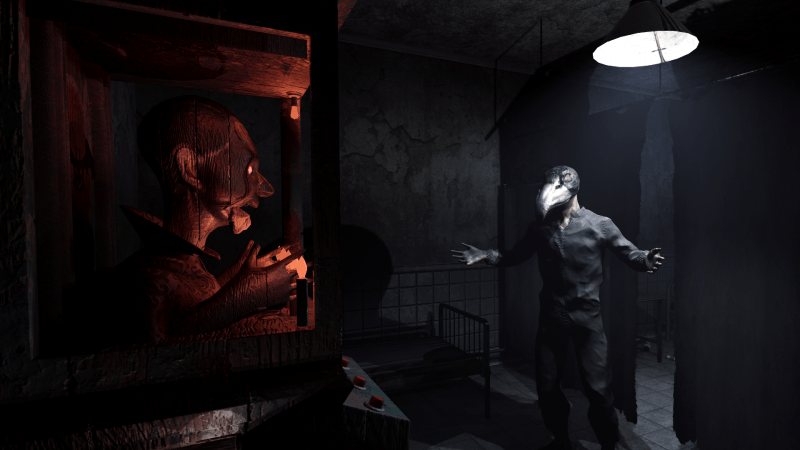 But I’d be remiss to fail to mention the simple fact that I felt oddly compelled to get through the entirety of the game in one sitting (I guess it was split up into two, thanks to a meal break). Yes, it’s short, clocking in at just over 2 hours, and that feels merciful considering how silly most of the game really is. Despite the poor construction of most of the game, it never feels like a cheap cash-grab, which it so easily could have. I can’t help but feel that the game is held back by a lack of funding, and perhaps experience, but certainly not due to a lack of love for the game. That shines through, no matter how frustrated I was with the game, and in a weird way, it made the game more enjoyable. Like watching Tommy Wiseau’s The Room, there’s an obvious love by the developers for the end product.

Rise of Insanity is a very bad game – there’s no doubt about that. Everything that you’d typically want from a game, especially a horror game, is sadly missing or poorly implemented. But the game’s sincere campiness, something that is rare to find in games, elevates it above the madness.

Rise of Insanity is silly and pretty terrible at pretty much everything. But it's mercifully short, and made with a care and sincerity that feels genuine, and I can't help but appreciate that kind of effort.