A few years back, my wife and I were quite the avid MMO players. Our involvement in them ranged from simply dabbling all the way up to investing long hours of our weekends into them. Titles such as Final Fantasy XI and XIV, RIFT, Tera, Stars Wars: The Old Republic, and of course World of Warcraft, were games that graced our desktops with their thumbnail sized icons. We were so hooked on playing these games that our PCs were bought and built for playing MMOs exclusively. This may not be a big deal to most gamers, as that can be the norm, but neither my wife and I, especially me, are overly tech savvy when it comes to constructing hardware, so for us to go out of our way to do something like buy and install graphics cards was well out of our comfort zone.

My experience with MMOs dates back to when Final Fantasy XI released on the Xbox 360. My mom was a massive Final Fantasy fan at the time and had skipped the 11th installment due to its online nature, but when it released for the 360, she decided why not and gave it a go. So, after setting up an account, fighting with the archaic PlayOnline UI, and 15 installation hours later, my first impressions once the game had booted up were not what I had expected. I had never actually seen an MMO in action before this point, so the concept of a massive online world was pretty much a blur to me. Gone were the traditional Final Fantasy staples of the time, such as turn base battles and large casts of unique individuals. These were instead replaced with a free roaming combat system and hordes of copy and paste character models controlled by people all around the world. I was an androgynous faced pretty boy clone in a sea of androgynous faced pretty boy clones—Now come to think of it, that aspect really isn’t all that different from other Final Fantasy games…

Maybe it was due to it being my first experience with a massive online game, but Final Fantasy XI felt like a gigantic world that was begging to be explored. I was thoroughly overwhelmed—in a good way and it didn’t take long for me to become obsessed, begging my mom for my own 360 and a copy of the game so I didn’t have to share an account with her. Day in and day out, I spent much of my 15th and 16th years on this planet in the virtual world of Vana ‘deil (I think that’s how you spelled it. I know there was an apostrophe in there somewhere).

Final Fantasy XI was a demanding game, to say the least. Nearly everything you did, from fighting enemies, to completing quests, they all required the aid of other people. Final Fantasy XI was a social game through and through and it wasn’t until I moved on to other MMOs did I realize how much of an outlier XI really was. The difficulty of the game made completing each quest a satisfying victory and every level-up a monumental achievement—also a monumental failure when you de-leveled for not having enough of an XP buff—XI provided an experience like no other MMO, and it was quite jarring when I did start playing other titles, realizing how different Square-Enix’s world really was from all the others— Over time, I grew disappointed by their repetition.

The second MMO I tried was World of Warcraft, and although I enjoyed myself, gone was the sense of adventure and self-gratification that I got from XI. The quests were treated like check lists and none were particularly difficult. XI’s quests took planning and rallying troops to your cause. They were events, rather than chores (Well some were chores, but they were chores that required 6 other strangers). The repetitiveness of WoW‘s kill this many of these and collect this many of those grew tiresome quickly, and upon realizing that almost all other MMOs followed the same formula, I sadly lost interest in the genre.

Recently, I tried playing Destiny 2 thinking maybe this is something different, but outside of its combat it was yet another collect and kill-a-thon. Just swap out slay 25 goblins for 25 alien overlords and throw in some hover bikes for good measure, and Destiny 2 felt indistinguishable from other MMOs. I was bored after just a couple of play sessions. Now with Anthem officially releasing this week, I’m concerned that Bioware’s title will fall into the same camp. Bioware has stated that Anthem is not a traditional MMO, but an experience that has its story woven into the fabric of its design, but a statement like that is vague and just makes me think that Anthem is going to be another Destiny, or RIFT, where I’m checking off items on a list, rather than actually doing something that feels truly adventurous.

MMOs have sadly grown stale, although some titles try to switch up the formula by adding swift, more involved combat like in Tera, they are still held back by a foundation that feels like mindless fetch quests. Maybe it is because Final Fantasy XI was something new to me at the time and I was looking through rose-colored glasses, but there was a true sense of exploration in that game that I’ve yet to experience in an MMO again. I hope that Anthem can really shake up the formula to massive online games and introduce a new way to engage in quests and explore worlds.

Fast forward 24 hours… The first reactions to Anthem have been trickling in ever since its (pre-release) release and my fears of what it would ultimately turn out to be seem to have been realized. I have not played the game myself yet, so I’m completely going off of others’ opinions, with YouTuber YongYea’s thoughts on the game’s first 12 hours being the most concerning. You can watch YongYea’s thoughts on Anthem here.

I find YongYea’s analysis and opinions on games to be unbiased and worth taking into consideration, so his description on a game that is mostly made up of an empty world and mundane kill X number of enemies quests has me uninterested in Bioware’s latest title. YongYea describes Anthem as being, “as wide as an ocean and as deep as a puddle”, referring to expansive environments, but lack of much to see or do in those environments. In the first 12 hours at least, the only types of terrain the player will be traversing are lush jungle, under water, and underground chasms, with visual variety being rather minimal.

Now, limited variety in the world is disappointing, but forgivable. If a game is exciting to explore, with missions that feel impactful and a story that resonates with the player, then a title is more than worth the price admission, however, Anthem’s traditional MMO structure of collect these and kill those until your quota is met will only grow repetitious and boring. This is the same reason why I couldn’t spend more than a week with Destiny 2, as the game seemed more concerned with paying for upgrades and grinding than it did with an actual compelling experience. I was hoping Anthem would break that mold and not become Bioware’s version of Destiny. And maybe I’m wrong, but as it stands, Anthem seems to be yet another example of a stale foundation used by too many massive multiplayer games. 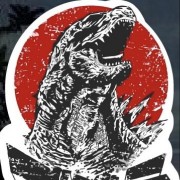 Jarreth loves many things: movies, writing, and sculpting characters from his favorite anime out of clay, but most importantly, he loves video games. And more importantly than that, he loves watching his wife play video games because she's better at them than he is.
Leave a Reply