Here’s a hot journo tip: when writing to review, it’s a good idea to do a little background research into what you’re writing about. Does the game have any antecedents in terms of inspiration or even direct predecessors? What kind of genre is the game, and does that genre have any clear standouts the game must compete with? What about the development staff? What are their histories, where have they worked and what have they worked on?

When looking into the history of Finnish developer MotionVolt, one fact is a clear standout. MotionVolt was founded by Atte Ilvessuo, one of the two brothers behind Trials developers RedLynx, but that’s not the most interesting thing about them. Ilvessuo is one of the few humans alive who has piloted a jet pack. Let that sink in for a moment. This guy has flown in a jet pack. That probably makes most of the games he creates immune from criticism, right?

Of course, that’s not the case, but Ilvessuo’s jet pack experience does tell us something about the design ethos of his work. “I want to be a game designer and fly a jet pack” is probably something every 10-year-old has thought at some point, but Ilvessuo has lived it. His work reflects this childlike, optimistic viewpoint; it’s often characterized by simple ideas expressed in a joyous, colorful way. Ilvessuo and MotionVolt’s games are bright, vivid journeys through simple central gameplay mechanics, but they’re never anything short of brilliant. 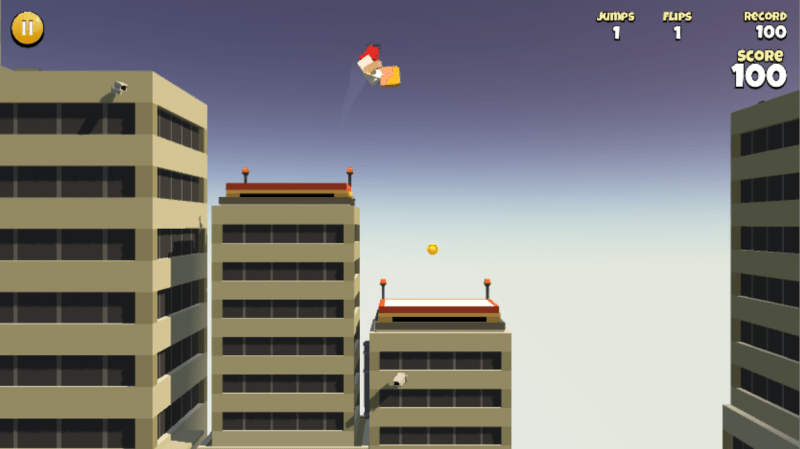 MotionVolt’s latest game, Backflipper, is in some ways a distillation of this ethos. Just like Ilvessuo’s previous works, Backflipper consists of a series of physics-based challenge maps on which players must continually work to beat their previous record and set a new high score. This approach can be identified as early as the original Trials game, which was released way back in 2000 for browsers, so it’s heartening to see that gameplay-first tack still alive and well in Ilvessuo’s recent work.

“But wait,” we hear you cry. “What is this Backflipper game all about?” Well, believe it or not, the game is about backflipping. It’s refreshing to see a game so easily expressed and boiled down to a single gameplay element. In that regard, Backflipper is similar to Trials, which can be explained with simply “you are on a bike and must overcome physics challenges to reach the end of the stage”.

Backflipper is an even simpler distillation of this core concept. Unlike Trials, the stages in Backflipper are infinite, and continue until you fail, which you eventually will thanks to the nature and depth of the jumps. You can’t actually move the character other than backflipping; there’s no left and right movement until you’re in the air, so you can’t course-correct once a jump has been started, only wildly attempt to right yourself for the inevitable crash-landing.

Instead, the only control available to you involves initiating and finishing backflips, with some limited left and right movement possible in the air. You’ll only use your mouse to control Backflipper – there’s no keyboard interaction necessary – and as far as we’re concerned that’s a point in the game’s favor. Browser games should contain simple concepts well-executed and driven to the point that nothing further could be done with them, and that’s exactly what Backflipper delivers. 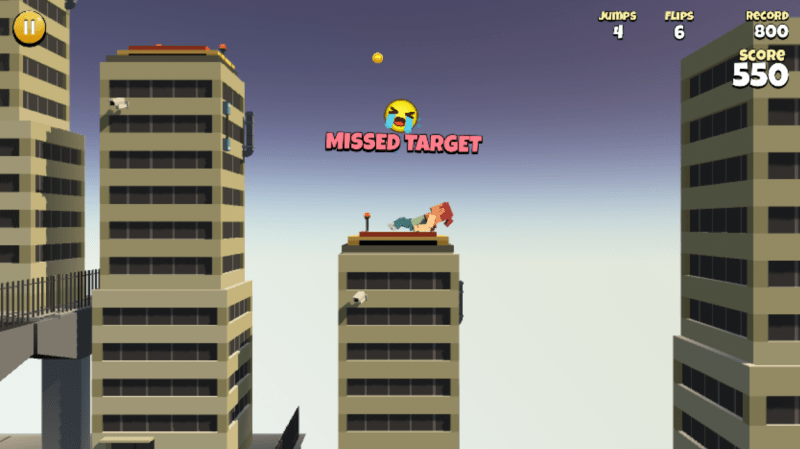 Part of that is thanks to the excellent presentation, which wisely avoids drowning the player in music and allows them to proceed at their own pace. The visuals are gorgeous, all sumptuously blocky retro-style 3D, and the sound design is solid enough that it never intrudes or becomes overwhelming, instead making coin collection and perfect jumps a joy to pull off. All in all, the presentation does a fantastic job of backing up the gameplay and augmenting it without dominating proceedings.

There is, of course, more finesse and precision to the style of Backflipper’s gameplay than the “you must backflip” description might imply. Once a backflip begins, you can correct your movement very slightly in the air to align yourself with the next landing pad, but once you click that mouse button again you’re locked into your current orientation, so you’d better make sure you’re landing feet-first. The game never feels overly punishing; it imparts its lessons well, with failures never feeling exacting but coming across as the learning experiences they are.

A range of unlockable characters and stages rounds off the package of Backflipper, but the game would still excel in its field without them. To put it simply and unpretentiously, Backflipper is just great fun to play. The “small success” theory of physics games – the idea that these games recalibrate success and make us feel joy for overcoming the smallest obstacles – is absolutely evident in Backflipper, and each landed flip feels like a monumental success in and of itself. Fun, engaging and exactly as long as you need it to be, Backflipper is the quintessential accompaniment to lunch breaks and lazy days alike.