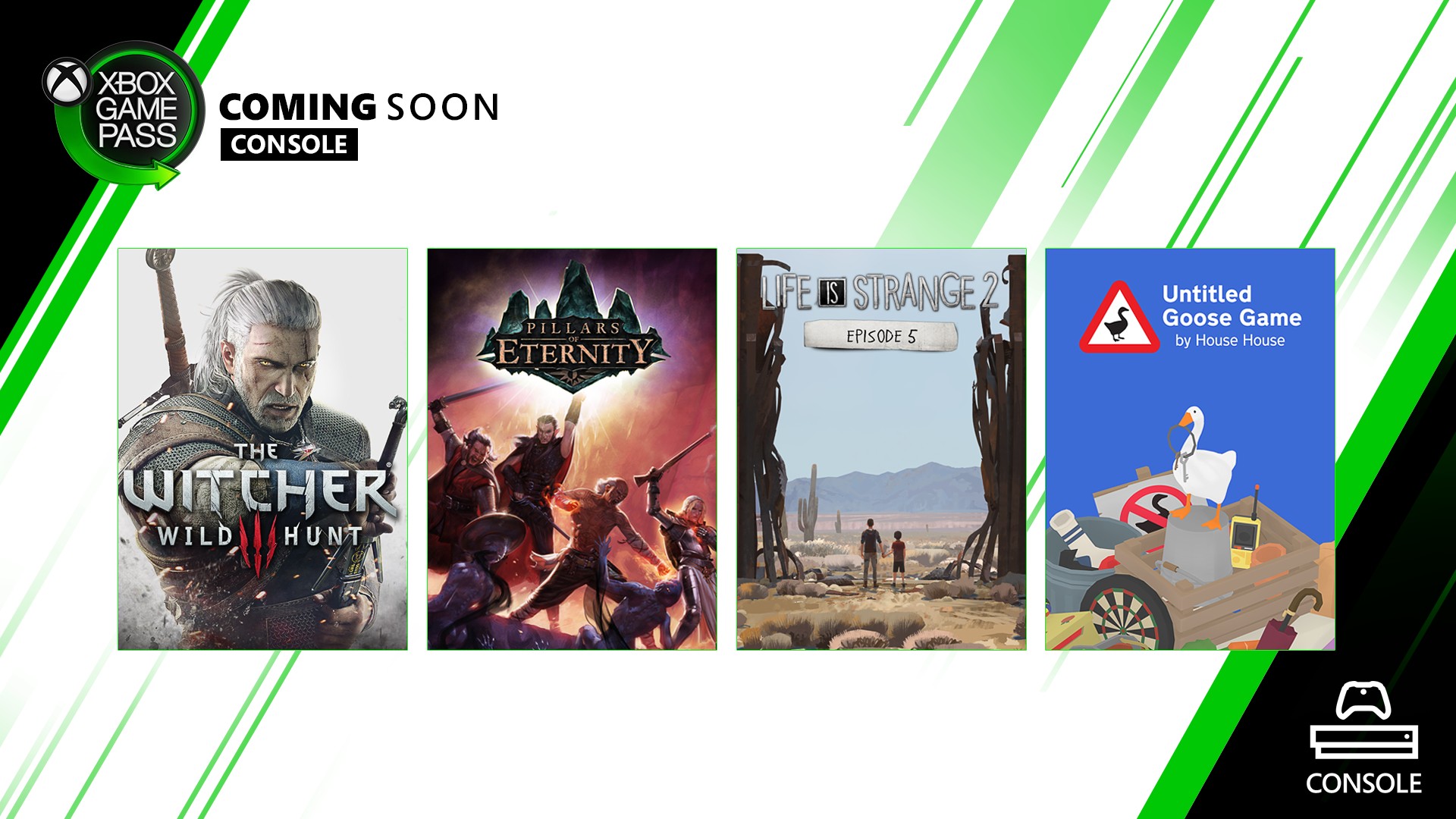 I’m going to start with this deal, because your friends will thank you when you tell them: If they haven’t tried Xbox Game Pass Ultimate yet, they can get 3 months membership for just $1. Tell them to sign up before this expires, so you can talk about, make memes, and play all these games together. (That might just be what I do with my friends though. You do you.)

Untitled Goose Game (ID@Xbox Day One Launch)
A slapstick-stealth-sandbox where you’re a goose let loose on an unsuspecting village. Make your way around town, from peoples’ back gardens to the high street to the village green, setting up pranks, stealing hats, honking a lot, and generally ruining everyone’s day.

Life is Strange 2 Ep. 5
Sean and Daniel have reached the end of the road. The border is close. One last, brutal gauntlet of challenges is all that stands between them and their goal. Caught between responsibility and freedom, can Sean find a way out of an impossible situation? Every decision Sean has made, every lesson Daniel has learned, every friend and foe they’ve met along the way: they’ve all been leading to this.

Pillars of Eternity (ID@Xbox)
Adapted for console, this unmissable RPG brings Pillars’ fantastical world, tactical combat, and unforgettable story to fans on a whole new platform. Pillars of Eternity: Complete Edition includes all previously released additional content from the PC version, including all DLC and expansions in a single package.

Please pretend to be surprised, we added yet another game earlier this month. In case you missed it, this one is already live, and you can play it right now:

Ticket to Ride (ID@Xbox Day One Launch)
In this strategy game for all ages, try out different tactics, block your competitors’ lines and take over routes before the others do. With so many different strategies to try, each new game is a unique experience. Travel the world from Europe to India, pass through China and face new challenges by purchasing additional maps with their own special rules (available in expansion packs).

Plus, you can pre-install Gears Tactics today on Windows 10 PC, so it’ll automatically download when the game releases in April! And you can also pre-install Ori and the Will of the Wisps and Bleeding Edge, both releasing with Xbox Game Pass for console and PC on the same dates as their global releases in March:

Gears 5: Operation 2 Free-For-All released December 11
Check out the return of an all-time fan favorite! Battle against 13 other players, no holds barred fight to be the first to 30 kills. In addition to Free for All, Operation 2 adds four new characters, three game types, five maps, a new Versus season and a brand-new Tour of Duty full of earnable content. Plus, save 10% on the Operation Free-For-All Bundle, which will get you fully equipped with heroes Lizzie and Baird, villains Jermad and the Locust Drone, and more!

Forza Horizon 4: Eliminator update released December 12
The Eliminator invites up to 72 players to face-off within an arena set in the open world of Britain. Eliminating one another in head-to-head races to earn upgrades and a chance to pick up faster cars. Arena walls contract throughout the game, forcing players closer together until a final white-knuckle race among the survivors determines the winner.

Rocket League: Frosty Fest Event playable from December 16 – January 6
Get ready to deck the halls and your favorite vehicles with the coolest customization items that celebrate this happy season! Frosty Fest 2019 will begin in mid-December and runs into the new year.

ARK: Winter Wonderland 4 available from December 17 – January 7
Winter Wonderland is returning with brand new skins, items, and more!  Our holiday helper, Raptor Claus will be roaming around dropping gifts off to survivors with GachaClaus who will happily exchange treats for gifts.  In addition to holiday decorations and items from the past, we are excited to introduce a new event item for all ARK collectors.

The best part about Xbox Game Pass Quests is that you were going to play the games anyway, so why not get some extra points for it? Game Pass Quests from December 2 through January 6 include:

We’re always sad to see games go, so get your playtime in with these before they leave. Or, pick them up today with your Xbox Game Pass member discount of 20% off so you can keep playing after they leave!

It’s too good to not mention it again, if you haven’t tried Xbox Game Pass Ultimate yet, you can get your first 3 months membership for just $1 right now. That’s whole library of games to play, a mobile app at lets you remotely install to your console or your PC from anywhere, and a ton of bonus perks like 1 month of EA Access, 3 months of Discord: Nitro, and 6 months of Spotify Premium (terms apply). We throw in the memes and jokes Twitter and Instagram just for fun.