With a name like Big Drunk Satanic Massacre (BDSM), you know what you’re getting into. This game is a blend of Duke Nukem and Leisure Suit Larry style humor with a very self-aware bend to it. Players take control of Lou, the son of Satan who is working to reclaim Hell after a human invasion has somehow made things worse. A corporation, known as Big Wac is grinding up demons into burgers, and predictably, that’s causing more than a few problems. In the short demo, Lou blasted his way through darkened city streets, a deadly desert, and even a demonic strip club. The resulting gameplay was frantic, bloody, and even a little unsettling at times. 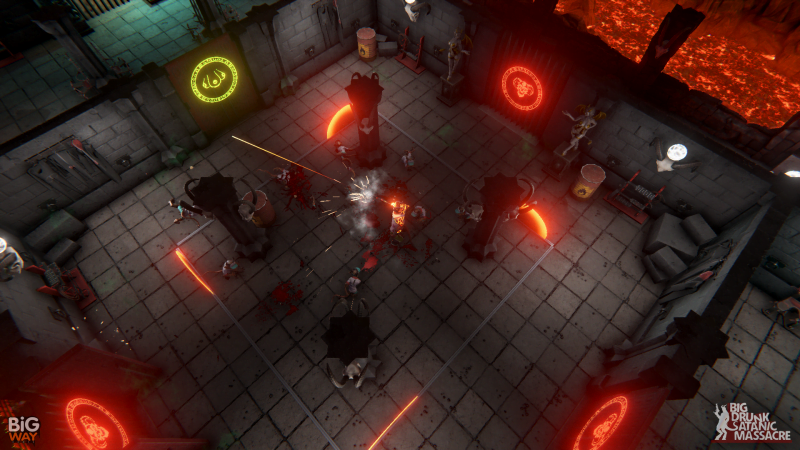 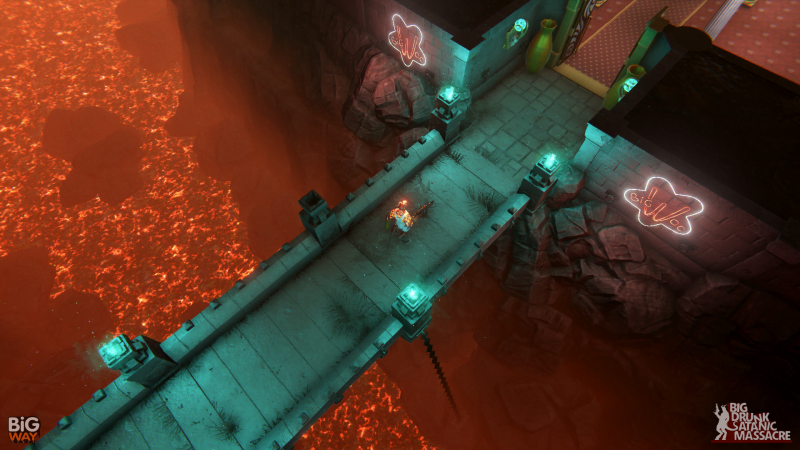 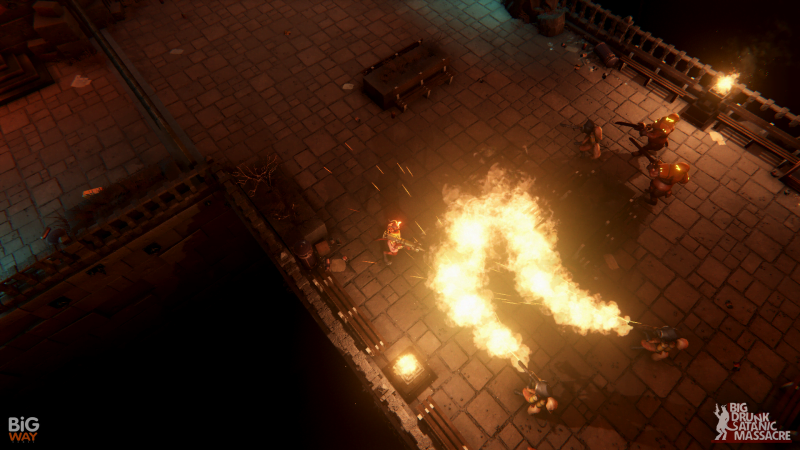 Thanks to Big Way Games for giving us a chance to preview the game!