The Riftbreaker is an upcoming title from Exor Studios that puts players in the shoes of a military commando with an advanced mech suit, sent through a one-way portal to an alien planet. Gameplay is a mix of survival and base-building elements, with players trying to harvest enough materials to build a portal back to Earth while contending with the dangerous wildlife on Galatea 37. Luckily, as an experienced commando, the main character Ashley Nowak, has quite the arsenal at her disposal. 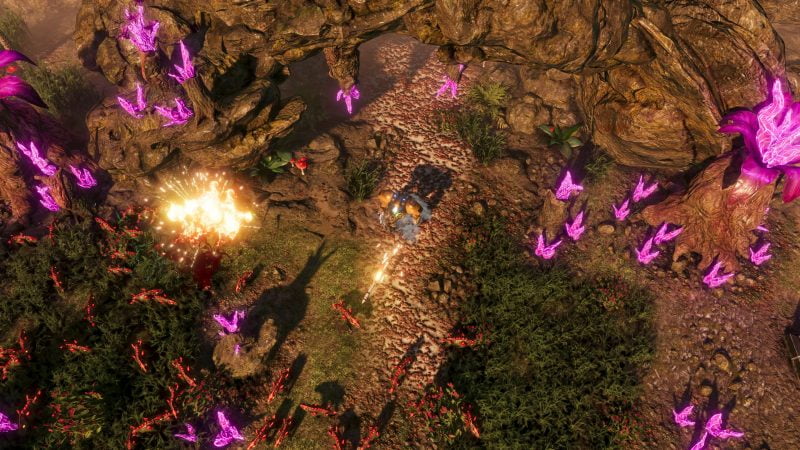 While it might be a harsh environment, Galatea 37 looks gorgeous. The Riftbreaker is easily one of the better looking games on the show floor and that’s likely due to its bespoke engine that spent over ten years in development. Even with hundreds of enemies on the screen, or forests burning down around combat, the game ran smoother than many AAA titles. Whether it’s the blood spurting off of the mech’s blade arm as Ashley swings it through hordes of lizard-like creatures, or walking through tall grass, the game’s graphics create a very convincing and pleasing aesthetic. 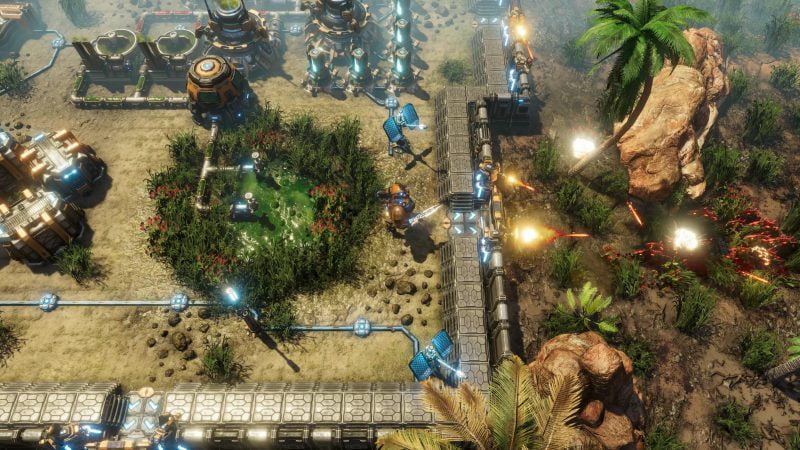 But aesthetic wouldn’t matter if it wasn’t fun, and in the demo, the game was already addicting. Base building feels straight out of an RTS with the ability for players to put down resource mines and craft turreted walls to protect new outposts, and combat is straightforward twin-stick shooting. Ashley’s mech can use two weapons at once, one with the right trigger, more situationally focused weapons like shields or the blade arm, and the left being fire-arms, quite literally in the case of the flame thrower. The weapons all feel distinct and have their own benefits and drawbacks. 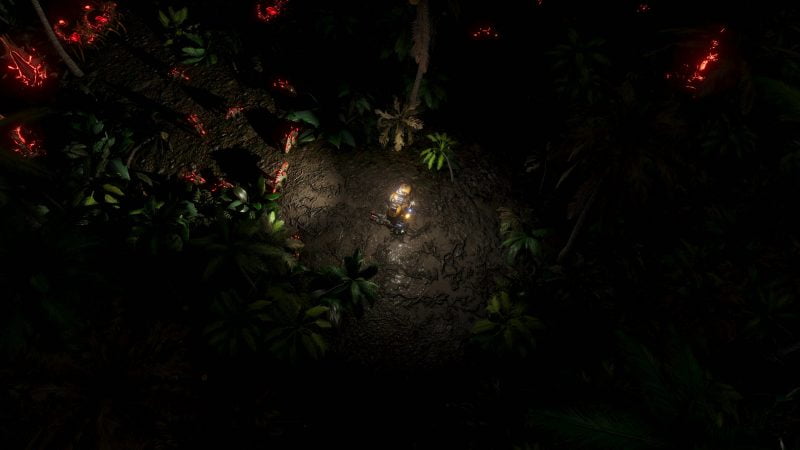 At launch, The Riftbreaker will have two modes, with the primary being the campaign where players are trying to return the earth, and the secondary being survival with players expanding until they are eventually overrun by hostile alien life. The game is scheduled to come out some time in 2020 with no firm date set, but I couldn’t be more excited for it. The Riftbreaker will release on Xbox, PS4 and can be wishlisted on Steam now. For more information on the game, you can check out the official website here, or the Exor Studios page.