When I first heard about the promise behind Dangerous Driving (DD) last year, I was all in. The team from the original Burnout series was bringing back a crash-focused arcade racing title with the over-the-top explosions and nitrous-laced racing of old. What else was there to say? Well, DD is out now, and while it makes good on some of the promises made by the developers, it falls short in more areas than it succeeds. Buckle up, because Dangerous Driving is a hot mess careening down a highway built by texture pop-ins and nostalgia, neither of which make for a smooth ride.

From the opening menu, DD nails its feeling of being a Burnout spiritual successor, but honestly it feels more like a direct sequel to Burnout Revenge. The entire interface feels like it belongs in 2005 and while the idea was nostalgia, I really don’t think anyone was missing PS2-style menus. The options at the start feel very barebones, with only one real option unlocked, campaign, where players go through a series of races with different car classes. Each class of car only has one vehicle to play as with a couple of variants and the ability to swap the paint. This felt incredibly restrictive, especially because none of them felt all that different to drive. Sure, there are a few different sound clips for engines revving, but on the road, they feel the same. 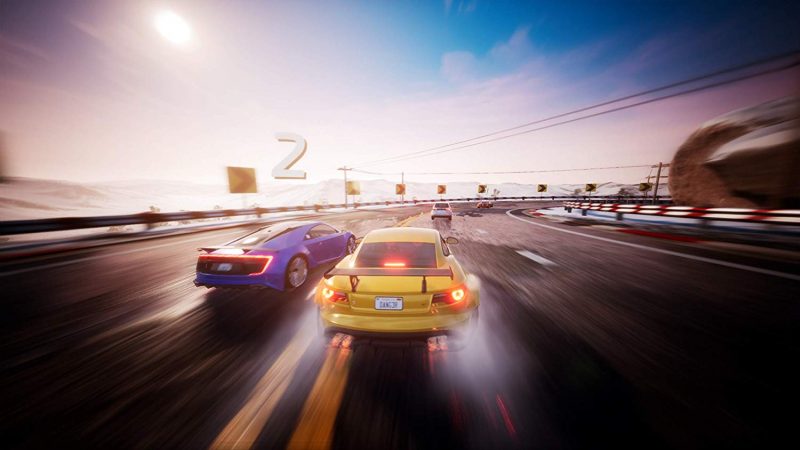 Which brings me to the driving… Oh lord, the driving. Now, again, to a certain extent, I was expecting a nostalgic arcade-racer feel here, but it once more feels like the developers ripped the controls straight out of Burnout Revenge and didn’t edit them. Most of the cars handle so similarly that there’s not much of a difference between driving an SUV and a sports car other than the speed at which the pavement blurs around you. Even racing staples like a button for E-brake are missing here, with the game operating on a simple, gas, reverse/brake, NOS, button system.

If there’s one saving grace, it’s that the environments do look good from a distance. When you’re careening around the desert in a formula one racer with flames shooting out the back like it was repurposed from a Mad Max movie, the game feels good. The distance environments are rendered well and feel fundamentally at odds with the up-close details. A specific and glaring example is the roadway at the beginning of most races. It actually feels like it’s been made to look stretched to give players the illusion of more speed at the start of a race than there actually is. For the most part, this is hardly noticeable, but in the moments when you’re starting a race, or watching the game’s crash cams, it can be glaring. 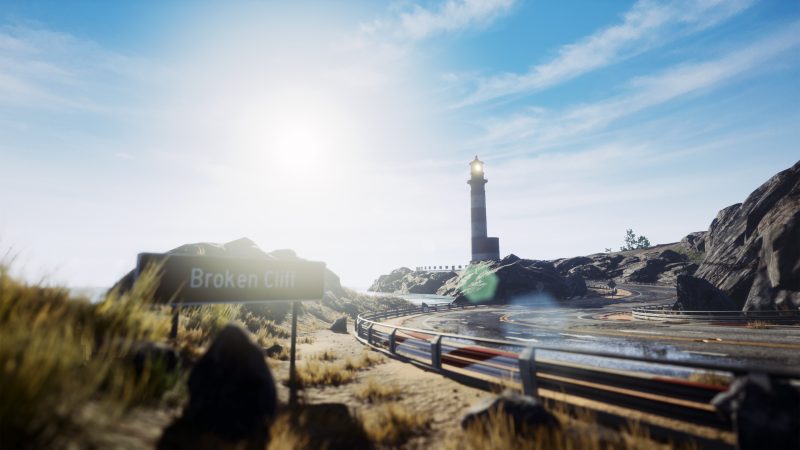 And let’s talk about those crash cams, because for a game where each car has been designed by Michael Bay to turn into a fireball at the slightest nudge, the collisions are possibly the worst part. Again, on theme with the rest of the game, these crashes weren’t changed very much from the older titles. When a player manages to wreck another car, the game immediately jump cuts to that car as its turning into a shrapnel cannon. This can be incredibly jarring, and it’s much worse when it cuts back to the player car after the wreck is finished. There were often times where I could see my car driving in the wreck shot, but when the game cut back to me, I was somewhere completely different. This is pretty consistent from what I remember of the old Burnout titles, but again, it’s not 2005. 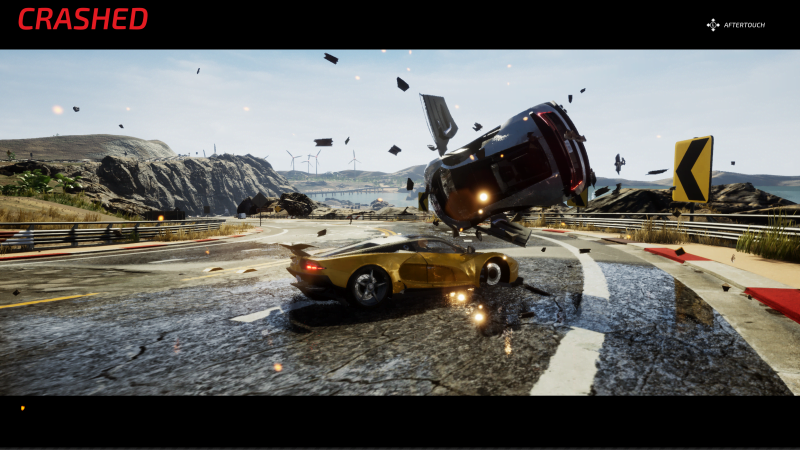 The wrecks themselves surprisingly also didn’t get much love. After the first few crashes, they all started to look the same. Cars explode predictably, no matter how you hit them, and it seems like the game just throws an RNG to decide which parts are going to fly off. The cars’ frames don’t bend, there’s no realistic set of damage, just a fireball and random pieces flying off. This, in my opinion is the game’s biggest disappointment as the crashes are supposed to be the star of the show, and instead I just found myself wanting them to end. 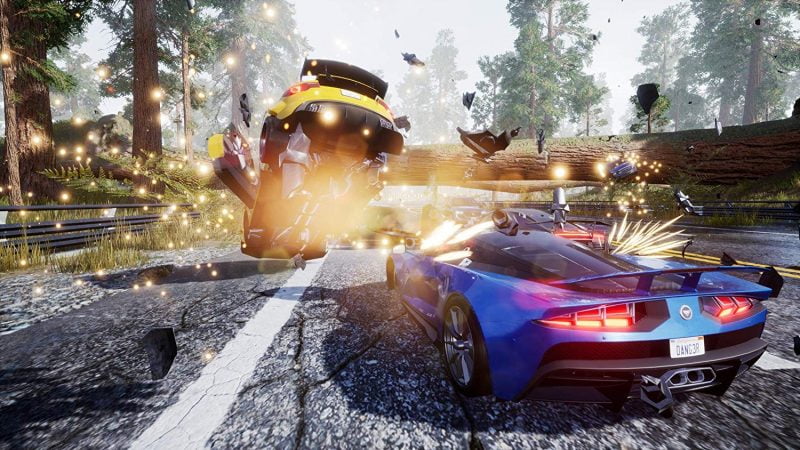 Dangerous Driving has a host of problems and really feels like it’s done nothing to iterate on past titles besides slapping some shiny new coats of paint on them (not even that shiny in some places). While the issues are glaring, I will say, it still felt fun to jump into an arcade racer again, even if it only provided a few hours before it went stale. With a little more love, DD could have been the spiritual successor we all deserved, but sadly, it felt rushed. The Burnout games were great for their time, but this proves that to succeed in the modern gaming world, some things have to be changed. With other excellent crash-based racers like Wreckfest (our review here) on the market, it feels hard to justify paying $40 for this mess, but, if you do want to check out Dangerous Driving, it’s out now on Xbox, PS4 and PC.