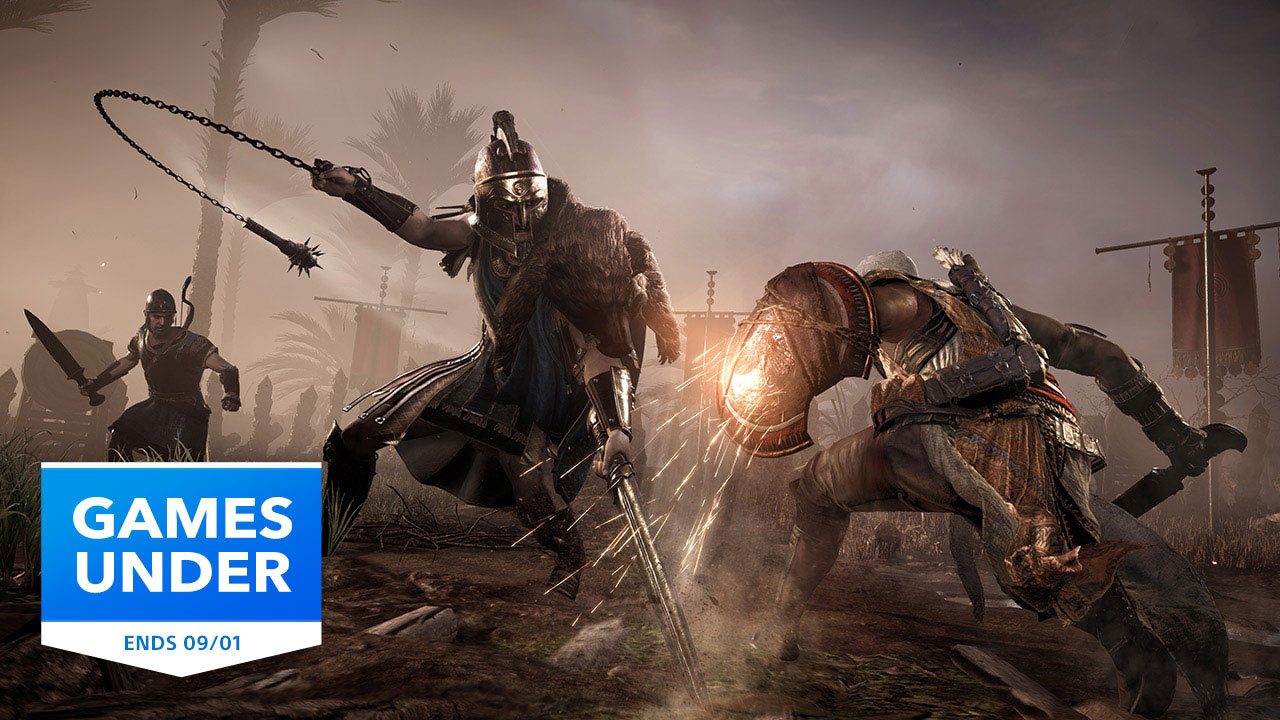 PlayStation Store welcomes back the Games Under promotion. It returns on Wednesday, August 19 and brings with it a vast range of fantastic games, including a trio of action adventure heavy hitters with richly detailed worlds to immerse yourself in.

Trek through the Northern Kingdoms to battle monsters and become embroiled in grippingly complex stories with a vast cast of unforgettable characters in The Witcher 3: Wild Hunt – Game of the Year Edition. Lose yourself in the dark fantasy setting of Lordran, perfecting your combative playstyle to survive the many horrors it hides in Dark Souls: Remastered. Explore Ancient Egypt as a master swordsman in the open-world adventure of Assassin’s Creed Origins.