Suit up and grab your gear: Starting today, Rogue Company is free to play on Xbox One!

When Rogue Company debuted two months ago, we were overwhelmed by the response from our Xbox One players. Not only did you make the launch of Rogue Company a huge success, you also showed your drive for winning and wracked up some impressive stats: 500m+ downs. 35m+ revives. 10m+ headshots with the LR15 Fullbody sniper rifle. When our players complete a mission, they obliterate it!

We are launching into open beta right on the heels of our most recent update, Desert Rose, which featured the release of our latest map, Lockdown, as well as custom matches. Our players have been clamoring for the ability to face off against friends – and adversaries – in Rogue Company for the ultimate reward: Bragging rights. Now, with the introduction of custom matches, we’ve given you the opportunity to face off against any team of your choice. And what better place to face off in a heated battle than a maximum security prison deep in the jungles of Venezuela in Lockdown. This prison facility was built to contain some of the world’s most dangerous threats, but circumstances have led to a massive breakout – and the most dangerous threat of all has been called in to save the day!

Introducing our newest Rogue, Dahlia. A master of small-squad tactics, Dahlia is a well-rounded support character that excels at pairing up with one other player on the team. She’s the perfect teammate – and a perfect threat if you find yourself going up against her!

With the launch of open beta, the world of Rogue Company is just getting started. Not only will that world be expanding as we roll out more Rogues, more maps, and more game modes, we will also continue listening to our most valuable source of feedback: our players. We look forward to hearing what you think about our latest update, and we hope you’ll continue to help us create the most exciting third-person shooter experience possible. Whether you’re an existing Rogue Company beta player or just joining us, remember: There’s never been a better time to save the day, look good, and get paid! 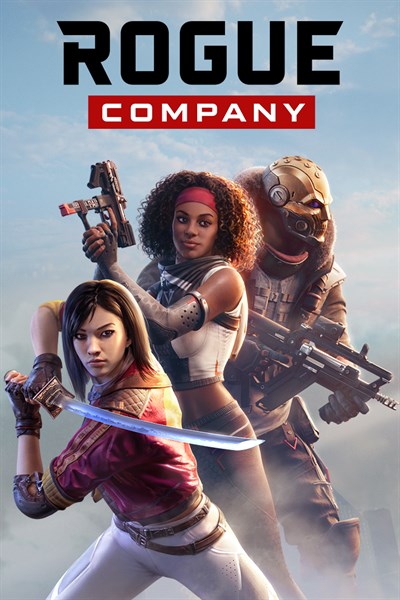 ☆☆☆☆☆ 161
★★★★★
Xbox One X Enhanced
The world needs saving and only the best of the best can do it! Rogue Company is the third-person tactical action shooter that puts the fate of the world in your hands. Suit up as one of the elite agents of Rogue Company, each with their own individual set of skills, and go to war in a variety of different game modes. Download and play FREE now! Rogue Company is action packed with no shortage of weapons, gadgets, and style. The mission starts now. Save the Day, Look Good, Get Paid.