With Space Engineers coming to Xbox One on April 15, and the game now being available to preorder here (which will grant you access to three premium character skins and access to a closed beta), I’m super excited to tell you more about this awesome open world sandbox game, which is defined by creativity and exploration.

In 2002, I had an idea for making a physics-sandbox game, where players could construct static and dynamic structures in a grid-like environment, with realistic physics and realistic volumetricity. This idea was inspired by my childhood days, spent with the popular construction toys of Lego and Lego Technic. And so, Space Engineers was born!

Space Engineers was released on PC back in 2013 and I can’t wait for players to be able to enjoy my labor of love on Xbox! Throughout the years, the game has received numerous major updates, such as the addition of planets, the major overhaul of physics, visuals, audio, and wheels, the introduction of airtightness, the implementation of an economy in survival mode, and many more! These updates were based on feedback the Keen Software House team and I received from our amazing community of players, as well as our vision as developers.

My team of passionate and talented developers (with both AAA and indie developer experience) based in Prague, Czech Republic, worked on Space Engineers for several years. We’re driven by “the need to create” and we believe our players are as well, so this motto and our community continues to inspire us to push the boundaries of what is possible in our game. Although the people working on Space Engineers have changed throughout the years, the desire of those of us who work at Keen Software House to make the best space-sandbox game remains the same.

Your decision to play Space Engineers in survival or creative mode will affect how you experience the game. If you’re playing survival mode, you’ll want to find a suitable location to establish your base of operations, which will allow you to effectively gather resources, manage your supplies and explore the surrounding landscape. However, if you’re playing creative mode, you can truly let your imagination run wild, and simply focus on creating nearly anything you can think of, whether it be a massive spaceship, space station, sleek land-based vehicle, you name it! Regardless of what mode you decide to play, the most important thing to remember while playing Space Engineers is to be ready for a challenge, never stop experimenting and have fun!

I’ve noticed unexpected phenomena during the last few years – I’m continuously surprised by the originality of creations people build in Space Engineers on a daily basis, which is truly amazing and very inspiring. We at Keen Software House have been working extremely hard to bring Space Engineers to Xbox, as we’ve always aimed to ensure a high- quality experience when it comes to the game’s performance and features. I’m happy to say that the day when Xbox players can enjoy Space Engineers is nearly here. For more information, follow the game on Twitter and Facebook and join us as we engineer, build and explore across the stars once Space Engineers is released on April 15! 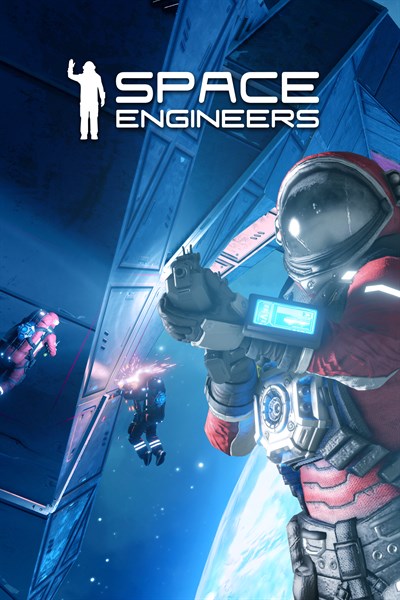