Vigor starts a new Battle Pass season and you can be part of it. We decided to make it easier to keep track and the current season number is always displayed in the version of the game. That means we just released Update 2.0: Hunters. Let’s take a look at what’s new in this season.

Hunters is a broad term, and in post-war Norway, there’s just one kind of hunters. Manhunters. Capable trackers able to find their prey, skilled shooters aiming for a clean kill, seasoned looters taking only the best that the ruins of Norway have to offer. Join them and see what you’re capable of. While the best hunters are just a few in number, you’re able to get the cool things they like much easier than before. Previously, only the most dedicated Outlanders hit the top rewards in Battle Pass, we decided to make it more accessible this time around based on your feedback. Are you going to seek out the Hunters as well?

There’s a ton of interesting additions available in the Battle Pass. Able trackers may use the new Portable Signal Detector allowing them to take the antenna tower functionality with them whenever they see fit. They can even distract their prey with the Fake Glint tool – it places objects that look like the sun’s reflection in the optics. Outlanders who remember the Game Preview may have fond memories of the Mosin Nagant and the legendary weapon makes a return this season. And it’s not the only hunter weapon, precision stealth kills ask for extraordinary pieces of equipment like a modern crossbow. Added to that, there are new customizations available, be it the Hunter uniform, cool weapon skins, or even new character gestures.

While we focused on improving the overall stability of Vigor, we also made changes outside the scope of the Battle Pass. To make it easier, the changelog of everything we did is now accessible directly from the title screen. Bullet penetration was made more understandable and we improved the calculations behind damage over the distance the bullet flies, both great for all the hunters and prey alike. We even decided to cut the prices in the Store making cosmetics more accessible for everyone. We listen to community feedback and gladly improve various areas of the game, one at a time.

We decided to shorten the iteration cycle and provide new features to the game even between major updates. Our Vigor Partners are able to test the changes ahead of release and provide valuable feedback to improve the game for everyone. Good hunting and be on the lookout for new additions to Vigor soon. See you in post-war Norway. 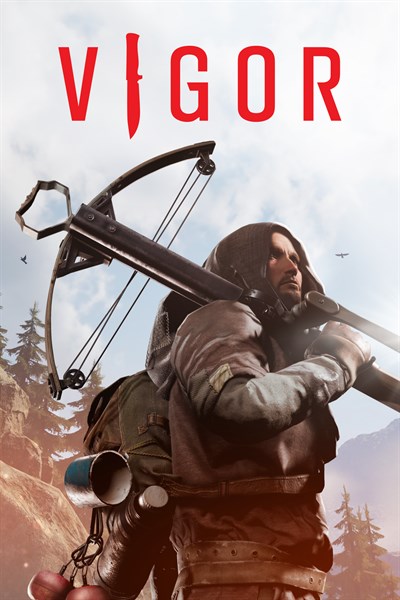 ☆☆☆☆☆ 589
★★★★★
Xbox One X Enhanced
Vigor is a free-to-play shoot ‘n’ loot game where you build the Shelter in post-war Norway. * Shoot your way out of encounters for 8-12 players * Loot precious resources and valuable items * Build your shelter and vital equipment * Become the courageous Outlander in post-war Norway The nuclear war is over. Europe is devastated, Norway has become the last stand. You start as a nameless Outlander, but who will you become? No time for uncertainty. Shoot your way out or don’t fight at all. Loot, gather resources, take risks. Build your Shelter and vital equipment. Humanity has fallen… You shall rise.