Indie game developers really run the gamut between one-person operations and full-blown teams that are just several million dollars shy of a Triple A title, but my heart really goes out to the former, especially when they crank out an absolute gem with what appears to be minimal support. It’s the pinnacle of passionate creativity that elevates the indie scene, and while I have a couple incidental gripes, Max Mraz’s Zelda-like RPG Ocean’s Heart is a triumph that I will continue to play long past this review.

Set across a sunbaked archipelago amidst crystal blue seas, Ocean’s Heart focuses on Tilia, a young woman whose traditional coming-of-age adventure begins when her father disappears. Dragged from her comfy home on Limestone Island, Tilia must take on massive sea beasts, haunted dungeons, and Blackbeard himself, whose mission to locate an ancient relic threatens the world at large. Alongside the main mission are a handful of intriguing side missions that range from a single errand to an entire laundry list of quirky chores, with each one building upon Tilia’s growth and the world around her. True to its RPG roots, Ocean’s Heart also promotes exploring and worldbuilding through plenty of secret encounters scattered throughout the land, the rewards for which often being well worth the effort. 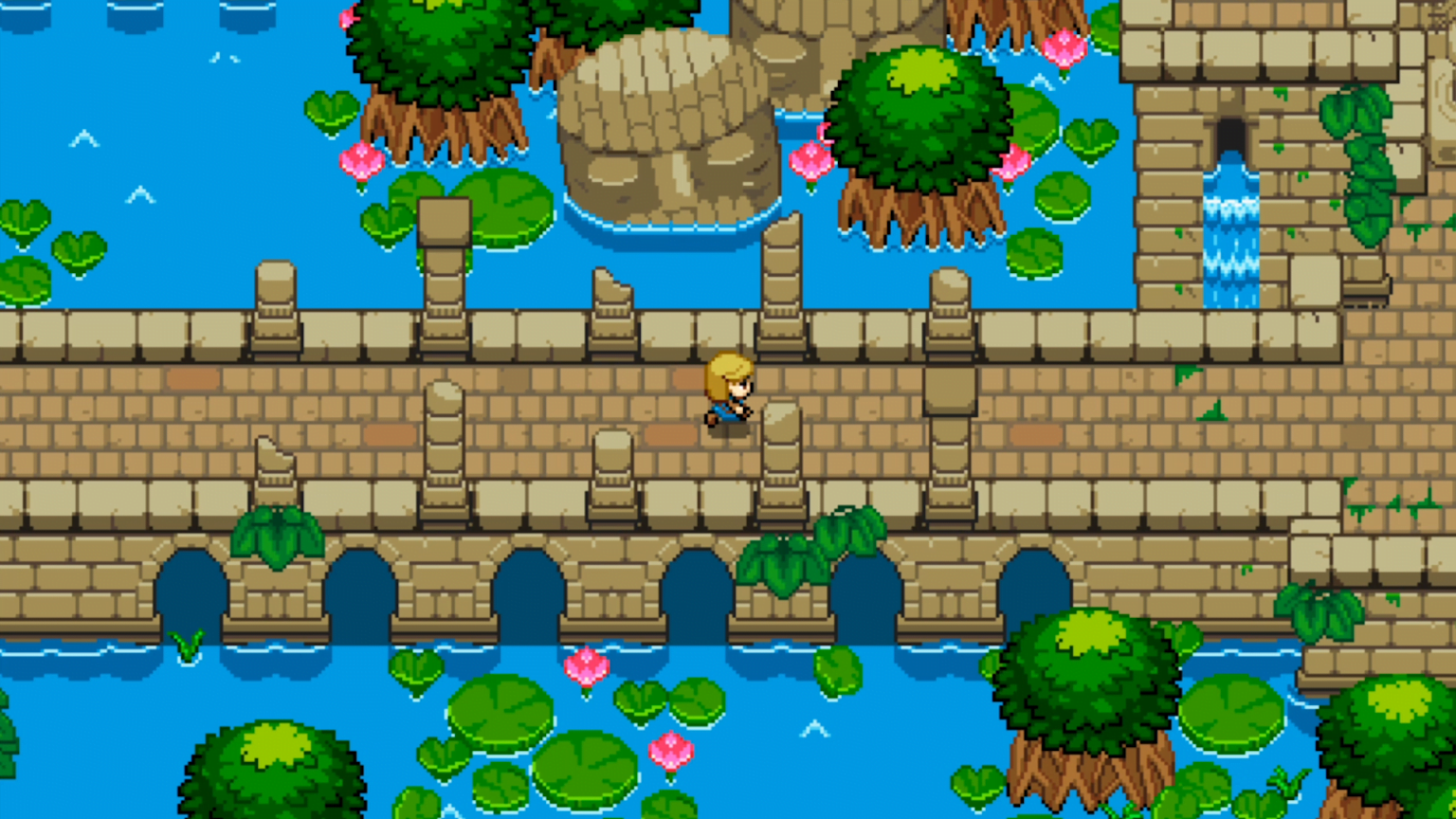 While a lot of emphasis is placed on exploration, a great deal more is devoted to combat. Player attacks themselves are limited to one melee and two equippable ranged options, so the game’s variety largely stems from the plethora of weapons, spells, and bombs you acquire along the way (including an exploding mace that may or may not be the best invention since sliced bread). Skirmishes early in the game boil down to rolling into range, striking with a very short sword, and backing away from telegraphed attacks, but as Tilia’s arsenal grows, players will find it easier to lay down a barrage of exploding arrows or lightning bolts before diving in with their melee attacks. Overall the combat system is fairly simple, but the enemy and weapon varieties kept the whole affair from feeling stale at any given point.

Combat and exploration aside, Ocean’s Heart also provides players with a limited opportunity to craft potions, buffs, and bombs using resources gathered from slain enemies and the land itself. Crafting can only be done at certain shops and I often found it easier to gather health boosts and bombs en masse by competing in an underground fighting ring, but it does add another layer of complexity to the game (and is easily the best source for accruing plenty of Elixer Vitae).

Similar to its inspirational predecessors, Ocean’s Heart offers limited opportunities to upgrade health, armor, and weaponry. Without a character leveling system in place, players must rely on improving their gear piecemeal through blacksmiths and treasure chests, and can only increase their health bars (or hearts, whatever) by looting them from secret locations or progressing the storyline. When taken out of context, this may appear on its face to be a bit lazy, especially when you compare Ocean’s Heart to today’s RPGs. But when viewed as a faithful dedication to classics like The Legend of Zelda, it fits right in and feels perceptibly appropriate.

My one fleeting critique of Ocean’s Heart stems from the lack of a pugilistic difficulty curve, and perhaps this is due to the absence of a character progression system. Maybe it’s because I’ve spent the last few weeks playing games that punish players for failing to react within the window of a nanosecond, but as I progressed through Ocean’s Heart I couldn’t help but feel increasingly godlike. Towards the middle of the game I had accrued enough hearts and health potions to stay alive indefinitely, and the fully upgraded lightning spell combined with a massive inventory of exploding arrows meant I could take down any boss without breaking a sweat. I’m willing to err on the side of forgiveness, however, because the journey itself was still exciting and didn’t require an absolute mastery of mechanics to complete.

In terms of aesthetics, Ocean’s Heart is stunningly vibrant and exceptionally detailed. Each location on the map is visibly unique from the others in terms of geography, set dressing, and weather, and the port cities sprinkled across the archipelago reminded me of my time spent exploring Kanto’s municipalities on the Game Boy Advance. Character, NPC, and enemy designs are similarly varying and detailed, blending in nicely to their assigned biomes. While the visuals alone are enough to carry the game to victory, Ocean’s Heart’s soundtrack and effects are also wildly successful in cultivating a nautical adventure atmosphere that fits the game like my favorite pair of MeUndies. It’s not enough to just say the game looks great; it looks absolutely crisp in its design with each set piece placed with a sense of clear purpose. Not once did I experience the tiresome deja vu that accompanies maps built through hasty copy/pasting. No, this was clearly done with love and attention. 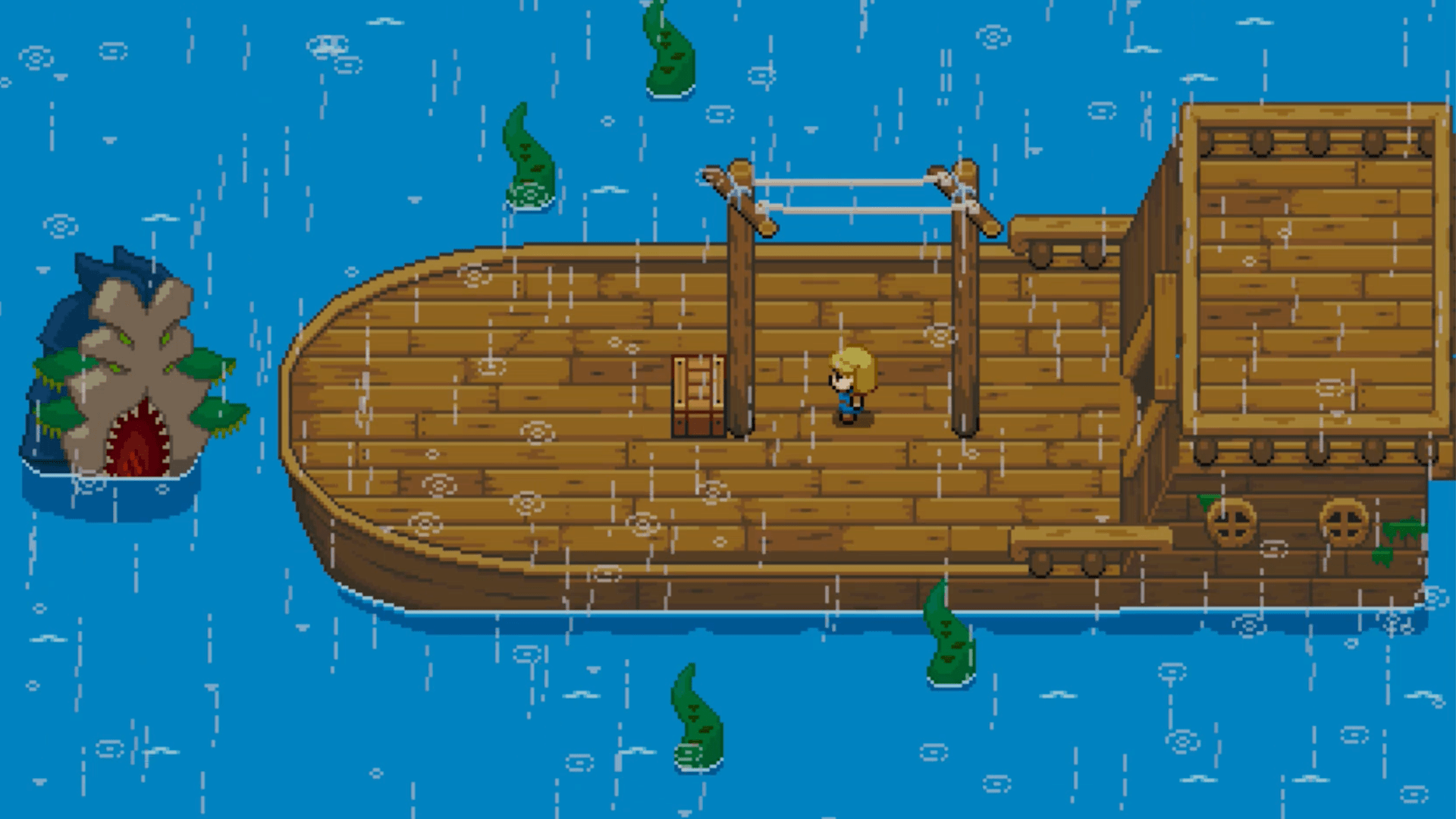 Ocean’s Heart is a wonderfully executed Zelda-like RPG that elicits strong memories of my early gaming days. The storyline and its branching side missions are cohesive, interesting, and certainly amusing, and the combat is kept fresh by a vast array of variable weapons and spells. While I do wish the combat scaled fast enough to compete with my ever-increasing inventory of health potions and explosive objects, I can’t fault the game for wanting to deliver a story-rich adventure on calm seas.

Ocean's Heart builds itself from the du jour mechanics of yesteryear with modern precision and a keen eye to recreating a nostalgic experience. Players will appreciate the chance to explore beautiful maps across a variety of biomes, each filled with secret encounters, genuinely fun side missions, and a host of unique enemies. While a part of me wishes the game's difficulty scaled a bit more aggressively, there's something to be said about a peaceful seaside adventure that doesn't require my death a hundred times over. Ocean's Heart is worth its weight in accolades and certainly deserves attention as an indie triumph.