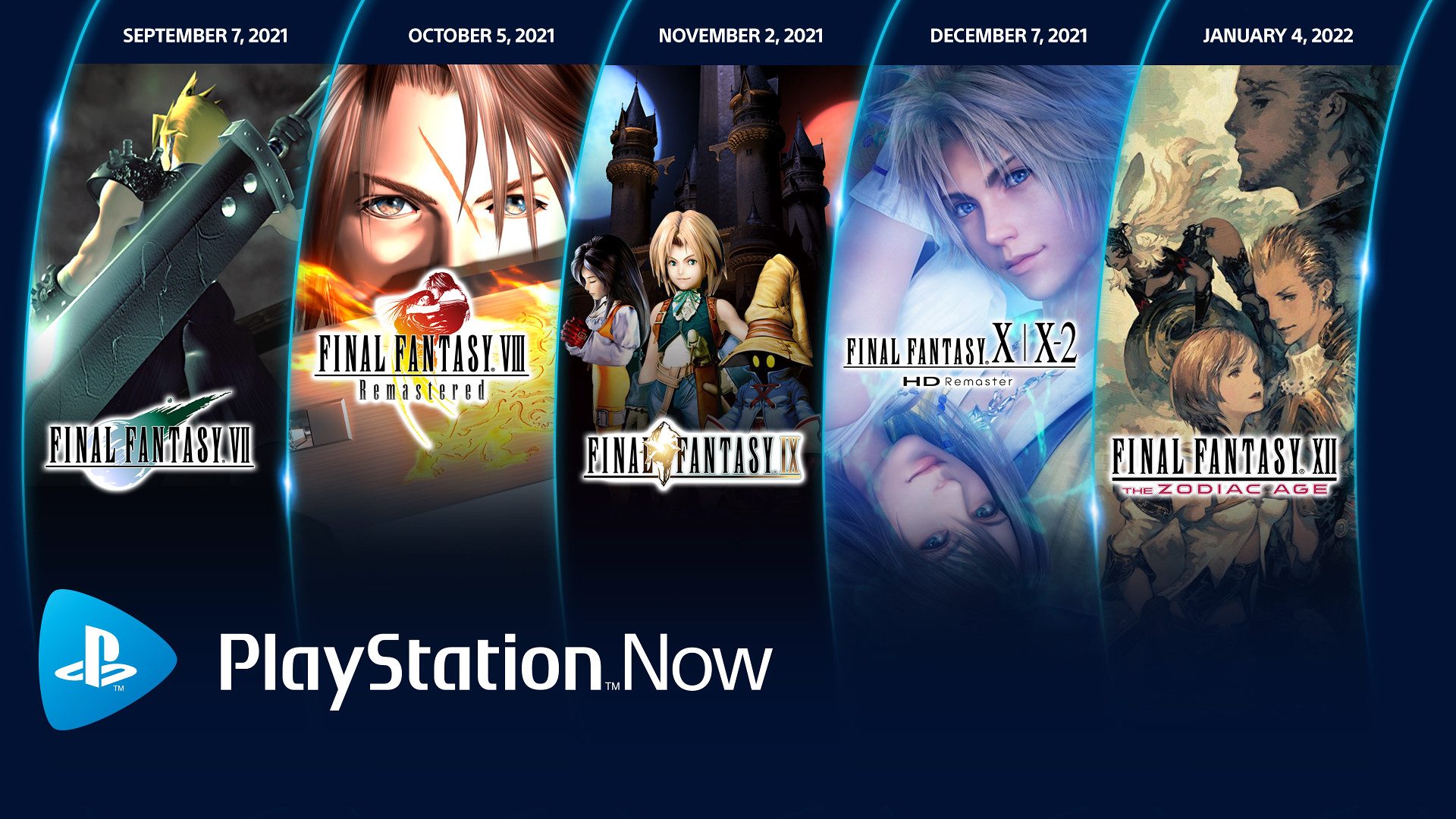 Relive the excitement from the worlds of Final Fantasy in some of the franchise’s most iconic adventures. Starting next week, we’ll be adding a chapter of this beloved RPG series to PlayStation Now each month, beginning with Final Fantasy VII (the original game!) on September 7. Every month until January 2022, we’ll add another chapter of the Final Fantasy series to PlayStation Now, so you can download or stream these titles on your PS4 or PS5 console, or stream on PC. Take a look at the full lineup below.

Mako—the discovery of this natural resource drawn directly from the planet’s life force marked the dawn of a new era, and now the energy sustains the lives of people across the world. However, the Shinra Company has monopolized mako production, and in doing so established a powerful hegemony–its influence reaching the far corners of the globe.

Cloud, a former member of Shinra’s military organization, SOLDIER, joins the anti-Shinra resistance group AVALANCHE, despite caring little for their motives. During one of the group’s attempts to stop the company, they learn of the return of Sephiroth, Cloud’s nemesis, and that with his reemergence, the planet is in greater danger than anyone had expected.

It is a time of war. The Republic of Galbadia, under the influence of the sorceress Edea, mobilizes its great armies against the other nations of the world. Squall and other members of SeeD, an elite mercenary force, join hands with Rinoa, a resistance fighter, to fight against Galbadia’s tyrannical rule and to prevent Edea from fulfilling her ultimate goal.

Strange events transpire on the Mist Continent, one of the four main lands of Gaia. The kingdom of Alexandria, ruled by Queen Brahne, begins their invasion of other nations under orders of Kuja, the “angel of death” from Terra. An accidental encounter in Alexandria brings Zidane, Vivi, and Garnet together, and they set out on a journey that leads them to discover the secrets of their past, the crystal, and a place to call home.

First released on PS2, relive two of the greatest RPGs of their generation widely acclaimed for their moving stories, endearing characters, and memorable adventures.

Final Fantasy X takes you to Spira―a world terrorized by the supernatural monster Sin. The temple of Yevon teaches that the monster is a physical manifestation of mankind’s sins, and following the temple’s teachings and atoning could purge it. Yuna, a young woman from Besaid, is a summoner who embarks on a pilgrimage to defeat this terror. Tidus, a young man from another world, joins her as her guardian. The mysteries revolving around Sin unfold as they set off on a journey to save the world.

Enter an era of war within the world of Ivalice. The small kingdom of Dalmasca, conquered by the Archadian Empire, is left in ruin and uncertainty. Princess Ashe, the one and only heir to the throne, devotes herself to the resistance to liberate her country. Vaan, a young man who lost his family in the war, dreams of flying freely in the skies. In a fight for freedom and fallen royalty, join these unlikely allies and their companions as they embark on a heroic adventure to free their homeland.