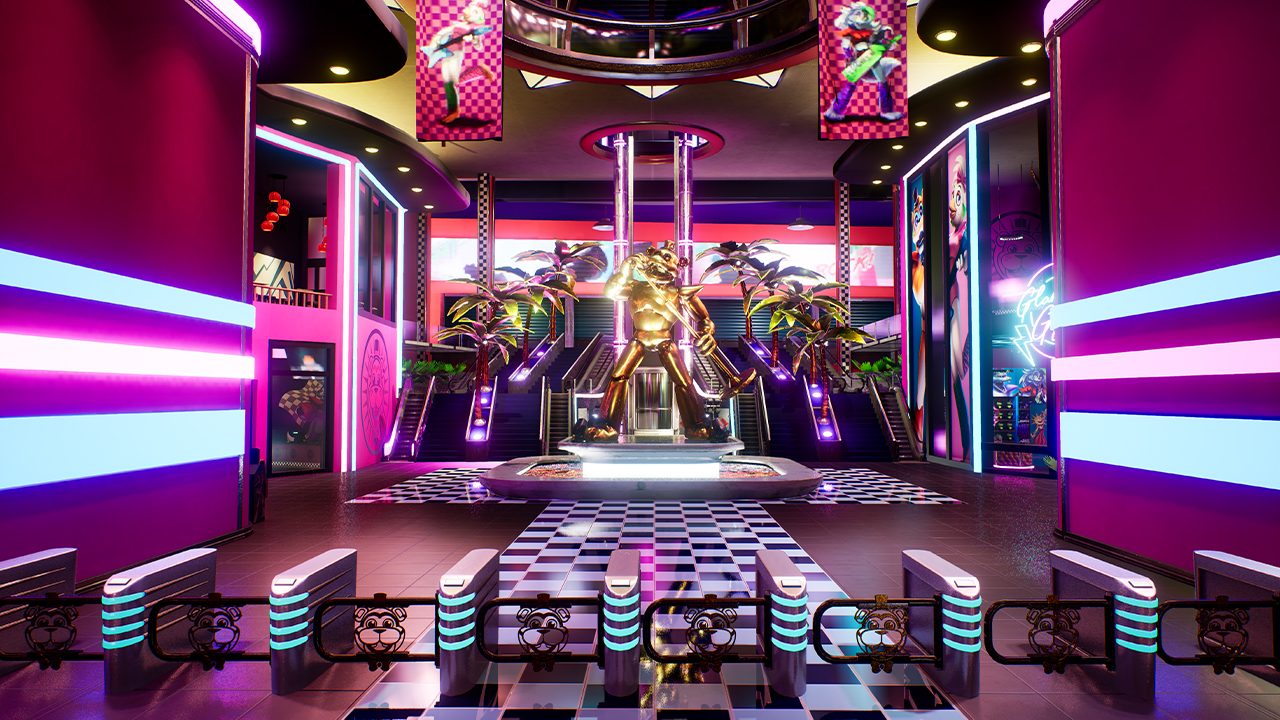 We know that you have all been waiting patiently (mostly) for more news on the upcoming Five Nights at Freddy’s: Security Breach! So today we’re incredibly excited to unveil the first gameplay trailer in Sony’s State of Play.

Security Breachis by far the most ambitious Five Nights at Freddy’s game yet!

Five Nights at Freddy’s: Security Breach has been a massive undertaking. The Mega Pizza Plex is enormous. What you are about to see barely scratches the surface of the horror you will experience when you step out of the security office and explore the darkened hallways, arcades and Fazbear attractions.

Don’t worry, this won’t be the last you’ll hear from us as we still have a few more tricks up our sleeves, but you’ll just have to wait and see what we have in store! In the meantime, sit back, relax, and grab a slice of pizza.