Every day we inch closer to death, so we might as well enjoy the ride and make the most of it. Later Daters, the geriatric dating simulator, is now available for Xbox One and Xbox Series X|S. Move to the Ye Olde retirement community and meet the cute silver foxes that live there. It’s a lot like summer camp, but with orthopedic shoes, bridge clubs, and more Jell-o. Flirt with and date your fellow residents, start some drama, or just kick back with our cribbage mini-game.

We released the game in installments throughout 2020 and this is our first premium release, which includes episodes 1-7 and the cribbage mini-game. The game is chock full of sexy times, but the characters also must address serious questions about mortality and grief along the way.

You might ask why we decided to make a dating sim featuring senior citizens. We’ve been called a “weird” dating sim several times, drawing comparisons to Hatoful Boyfriend and the KFC dating sim. Mainstream media often considers the elderly ill-suited for romance narratives because older characters are often de-sexed; portrayed as cutesy grandparents or wizened old crones. We wanted to show the elderly as complicated and interesting people who get crushes and experience heartbreak. All of this to say – yes, you can have sex in the game, hence the Mature ESRB rating.

You might also wonder who this game is for. We wanted to incorporate queer narratives into the game, and with that mission in mind we learned that queer elderly people have a lot in common with millennials. We would argue that the game is aspirational for anyone who worries about their future and dreams about retirement. Queer people sometimes don’t experience the same life milestones, like marriage, having kids, and owning a home, in the same timeframe as their counterparts – which makes queer seniors a treasure trove of fascinating life stories.

We hope you enjoy our little labour of love. Follow us on Twitter @Bloom_Digital_ for more Later Daters related content and news on our future games. And remember, if the chairs are rockin’, don’t come a-knockin’. 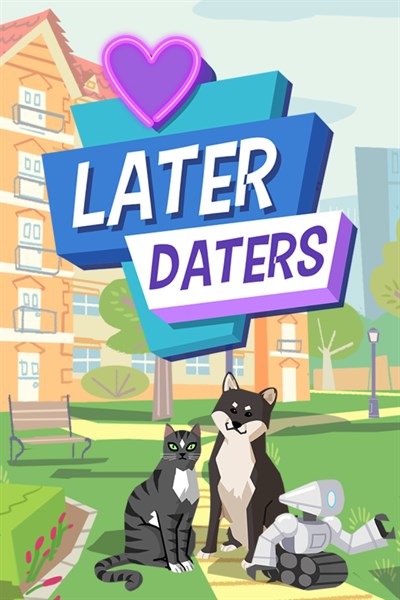 ☆☆☆☆☆
★★★★★
Welcome to Ye OLDE! Your new retirement paradise. Date as an octogenarian and find somebody to love, or just get your kicks in while the getting is good. Remember, if the chairs are rockin’, don’t come a-knockin.