One of the biggest benefits of all that power in the hardware is giving developers the ability to make games that are Optimized for Xbox Series X|S. This means that they’ve taken full advantage of the unique capabilities of Xbox Series X|S, both for new titles built natively using the Xbox Series X|S development environment, as well as previously released titles that have been rebuilt specifically for the console.

Q: “What excites you most about developing and bringing A Plague Tale: Innocence to life on next-generation hardware?”

A: We’re super excited to bring A Plague Tale: Innocence to more players who have not yet experienced surviving the rats alongside our young heroes. It’s always a thrill to invite new people to our universe and share Amicia and Hugo’s journey with them. Of course, we are also happy to offer our fans the opportunity to join the adventure with their new console and relive the epic journey of initiation but in an enhanced and even more immersive version.

Q: In addition to benefiting from the power and performance of Xbox Series X|S for quicker load times and other enhancements, what Xbox Series X|S features were you most excited to explore leveraging in the development of A Plague Tale: Innocence?

A: Besides the faster load times, we think the 4K resolution and 3D audio are a real plus for a game like A Plague Tale: Innocence.

Q: Why is your development team especially enthusiastic about these features?

A: A Plague Tale: Innocence is above all a narrative experience and the emotional story of family bonds and friendship in a brutal but splendid world. Dialogue and music are as key as graphics and here we can blend those into an optimal mix. We think having 4K graphics for the first time on consoles with the Xbox Series X will bring the most out of our universe. Thanks to 3D audio, both Xbox Series X|S takes immersion to the next level, served by the beautiful soundtrack, composed by Olivier Derivière, and the performance of our actors. We definitely think it is a compelling experience to live or relive, and it may change the way you perceive all the details of the world and the depth of Hugo and Amicia’s relationship as well as all our orphans’ tragic destiny. The players will also enjoy optimal load times and cross saves of course, giving more fluidity to players’ experience on the device they want.

Q: How do you expect fans of A Plague Tale: Innocence will respond to playing it on Xbox Series X|S with these enhancements?

A: To us, having our game on the Xbox Series X|S is a way to gather different generations and types of players together around a universal tale. We hope the newcomers will share their experience with their relatives and find an echo of their own family bonds in this adventure. So many people identify with one of our orphans. It is very heartwarming when they contact us telling us they understood our story and were able to share this with the one they love. We invite them to watch and play together around their Xbox Series console. Why not join our community with as much enthusiasm and kindness as the first fans? It would be awesome to get their feedback and feelings as well!

Q: What does Smart Delivery mean for your game and how you’re bringing A Plague Tale: Innocence to fans?

A: A Plague Tale: Innocence on Xbox One is of course naturally backward compatible with Xbox Series X|S but we really wanted to offer our fans the HD version the game deserves, with enhanced visuals and smoother gameplay thanks to the 60fps. The title is also cross-save meaning your progression and your achievements from the Xbox One will carry over to the Xbox Series consoles. It’s a great opportunity to replay the game to achieve your 1000 Gamerscore if you missed a few flowers!

Q: What does Xbox Series X|S development enable in current or future projects that you could not have achieved with the previous generation of consoles?

A: We have just announced the sequel to our first opus – A Plague Tale: Requiem, coming in 2022. 4K resolution enables us to craft the most beautiful and immersive action-adventure game we have ever dreamt of. It pushes the boundaries of our landscapes and helps us develop epic-scale, never-before-seen rat waves that the players will have to face. And that is just terribly exciting. 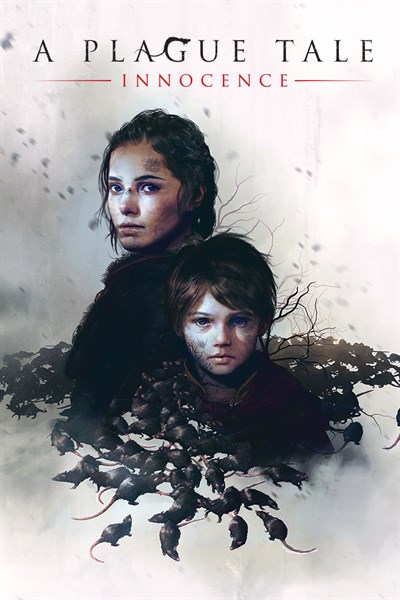 ☆☆☆☆☆ 479
★★★★★
Xbox One X Enhanced
Free Trial
Follow the grim tale of young Amicia and her little brother Hugo, in a heartrending journey through the darkest hours of history. Hunted by Inquisition soldiers and surrounded by unstoppable swarms of rats, Amicia and Hugo will come to know and trust each other. As they struggle to survive against overwhelming odds, they will fight to find purpose in this brutal, unforgiving world.
[This article originally appeared on Xbox Wire]