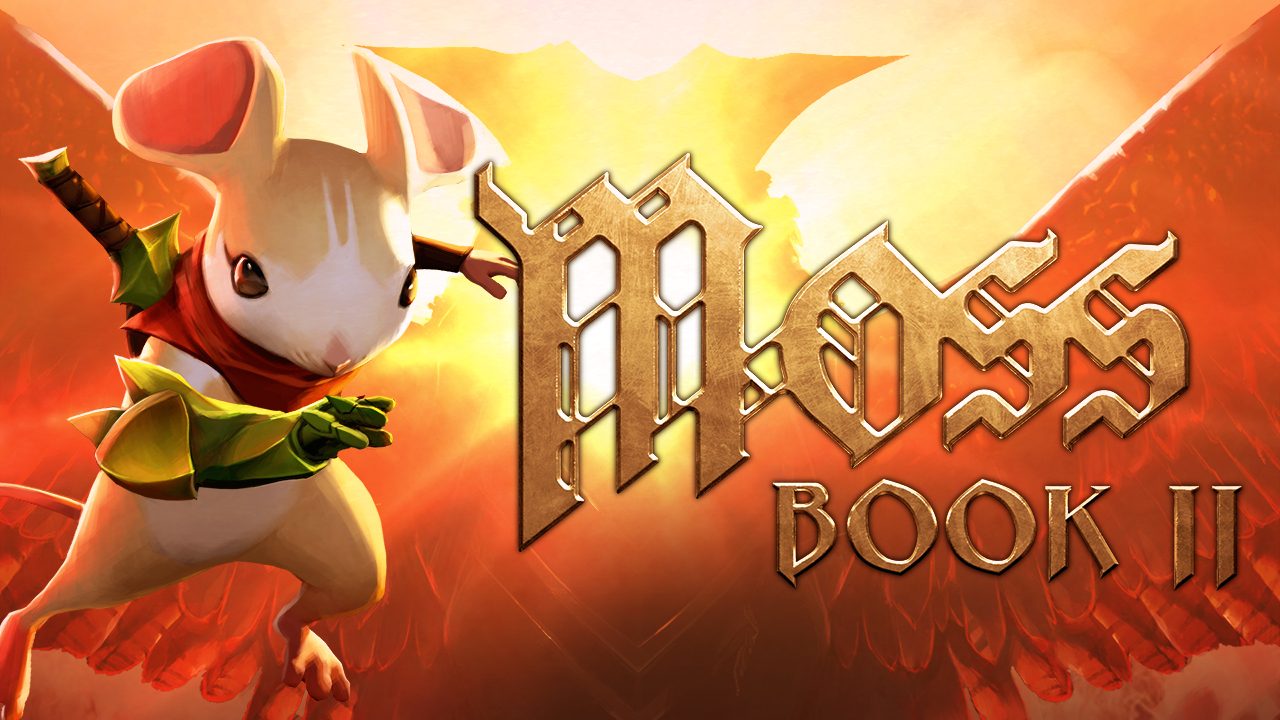 Shuhei Yoshida, head of PlayStation Indies, Sony Interactive Entertainment, introduced the world to PlayStation VR by stating that it was going to be “the next innovation from PlayStation that will [shape] the future of games.” And boy was he right.

For the past five years, PlayStation VR has provided the industry, specifically VR developers like us, with an incredible opportunity to create worlds and games that push entertainment and emotional connection beyond what today’s more traditional game technologies provide. VR is the only platform that truly immerses players in other worlds, allowing them to be a part of a narrative experience. You are a part of the story. Characters look at, converse with, and react to you. Not only do you have presence in beautifully rendered worlds, but you can also interact with the world in a physical way that feels intuitive and true. For instance, in Moss, whether it’s dragging a giant, heavy device to solve a puzzle, or poking hanging vines to sway them back and forth, players convince themselves that they are interacting with a genuine world. That is, until they take off their headset.

But it’s not just the physical interaction that makes VR special, it’s also the emotional connections that you make with virtual characters. When developing Moss for PlayStation VR, we learned that VR gives players the ability to build deep connections with characters over time through shared experiences. And in doing so, players believe that this connection is real—because, it kind of… is. These connections and the emotions they elicit—excitement, joy, and even heartbreak—are mind-opening for players who didn’t know they could feel so strongly within a digital experience.

Since releasing Moss on PlayStation VR in 2018, we’ve continued to experiment, learn, and advance our understanding of VR. In fact, Tyler Walters, principal technical artist, and Richard Lico, animation director, have provided a quick behind-the-scenes look at the work we’re doing to enhance both the thrill of physical interaction, and the joy of emotional connection, in Moss: Book II.

Tyler Walters: Moss proved that dynamic interactive visuals are very enjoyable and rewarding in VR. With additional team members on Moss: Book II, we found an opportunity to create many more visual effect systems and shaders that can only be experienced at their fullest within VR. This ranges from snowflakes falling in the mountains, to candle flames that move around as the player creates wind with their hands. Each of these systems create a different mood and sensation, so much so that some of us even feel colder while playing in the snowy levels of the game.

We’ve also added a new player ability that allows players to grow traversable foliage for Quill in the game. This includes a vine bridge that enables Quill to access different sections of the game. Relative to Moss device interactions, we wanted this to feel more fluid and expressive. To bring this to life, once the player initiates a bridge to grow, mossy vines spiral out to form a walkable surface, which then blooms little white flowers on top. In the world of Moss, no detail is too small.

Speaking of details, the library and book from Moss were essential narrative tools that acted as glue for the story structure. We’ve taken this formula and improved upon it for Moss: Book II. Now, players will find meticulously hand-painted artwork, audio, and visual effects that move and evolve as the story progresses. Some pages even have dynamic content that interacts with the player as they move around.

Richard Lico: In Moss, we spent time and effort to animate certain book pages. They were little snippets to highlight important moments where the characters on the page would animate like a film. Even though this approach was a strong, visually striking story tool that helped us tell more story on a single page, we noticed that players didn’t often react to seeing them. In fact, we were unable to support the animated pages in the book when porting Moss to another platform, and nobody seemed to notice. Couple that with how much people loved Quill and her reactions to in-game moments, and it became obvious that we needed to enhance the book experience like Tyler said, as well as shift additional resources to what makes Quill’s role in the game so special.

While playing Moss, players often found Quill acting autonomously to tell them how she felt or what she was thinking. For Book II, we decided to expand on this, giving her significantly more robust in-game story moments that seamlessly weave in and out of gameplay. We still have plenty of story being told in the book, but the more intimate emotional spikes will now happen organically in the game with you standing by Quill’s side. In Book II, Quill will have an even wider range of emotional performances for you to experience.

This added range required us to change a few things from Moss. We’ve doubled the animation team size from one to two animators. We’ve reconstructed Quill’s face so she’s capable of a wider range of expression. And our engineering team built new systems to support all of the various ways in which we need to use these organic in-game performances. We believe all of this will help deepen the bond players feel with Quill in Book II.

Yet hearing about these changes isn’t the same as experiencing them in VR, and we simply cannot wait for players to re-enter the world of Moss and see it all for themselves in Book II. We remain excited and eager to further build upon these enhancements and discover new ways for players to experience physical interaction, emotional feedback, and object persistence. We’re thrilled to continue that work as we imagine what’s possible for the future.