Today marks the release of the New Horizon update for Outriders!

The New Horizon update is a significant and more importantly, entirely free, content update for Outriders, which you can start playing today on Xbox One, Xbox Series X|S, Windows PC, and with Xbox Game Pass on Console and PC. Whether you’re a seasoned Outrider or you’ve been waiting to give the game a go, there truly has never been a better time to jump into Outriders than now.

If this is your first time coming across Outriders, here’s a very brief overview. Outriders is a brutal, third-person, RPG co-op shooter with gameplay focused on combat, which is equally balanced between gunplay and skill usage. The team intentionally minimized the cooldowns on skills to encourage frequent use of them.

Since Outriders launched earlier this year we have been beavering away, resolving issues reported by players, as well as implementing changes that have greatly improved the quality-of-life experience, while also making players stronger and sturdier. All this work has been leading up to this moment – the release of the New Horizon update.

Today’s update adds new content to Outriders in the form of four new Expedition maps as well as a completely new, fresh-out-the-box Transmog system. Additionally, the New Horizon update implements a lot of changes that players have been requesting for some time now. There are now plenty more opportunities, including improved drop rates and a dedicated in-game vendor, to acquire the Legendary gear which is sure to kick your class builds into overdrive. Classes, skills, gear, and mods have all received significant buffs so that you have a much greater choice when it comes to picking an optimal build to suit your play style.

Speaking of play styles, we have also revamped the endgame content, Expeditions. They now no longer reward players based on their completion times, meaning you no longer need to play a very specific way to get the best rewards. Rather, we have removed the timers and rebalanced the Expeditions rewards structure so that players can take as long as they want to complete an Expedition, without needing to worry about running out of time. Go forth and explore! And explore you certainly will want to, as the newly released Expedition maps include some rather interesting Easter eggs that you’d be remiss to miss…

The list of changes that the New Horizon update introduces is honestly massive and we’ve only really scratched the surface of them in this article. You can see some of these changes in our latest Outriders spotlight below. If you’re interested in the minute details, we’ve shared those on the Outriders social channels.

Beyond this New Horizon update, we are now setting our sights on Outriders: Worldslayer, an expansion to the game, which we will talk more about later down the line.

Today, however, is about the New Horizon. We hope that you’re as excited for the release this significant piece of content and the changes that have come to Outriders as we are. See you on Enoch! 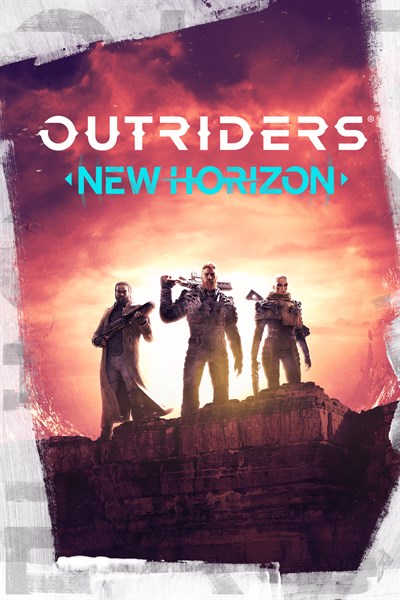 ☆☆☆☆☆ 597
★★★★★
$59.99 $19.79
Xbox One X Enhanced
PC Game Pass
Xbox Game Pass
OUTRIDERS is a 1-3 player co-op RPG shooter set in an original, dark and desperate sci-fi universe. As mankind bleeds out in the trenches of Enoch, you’ll create your own Outrider and embark on a journey across the hostile planet. With rich storytelling spanning a diverse world, you’ll leave behind the slums and shanty towns of the First City and traverse forests, mountains and desert in the pursuit of a mysterious signal. Combining intense gunplay with violent powers and an arsenal of increasingly twisted weaponry and gear-sets, OUTRIDERS offers countless hours of gameplay from one of the finest shooter developers in the industry – People Can Fly. Game leverages Smart Delivery allowing access to both the Xbox One title and Xbox Series X|S title when available. Online only, no offline modes