In the middle of all the haunts and horrors of Fortnitemares, a terrifying surprise has come to the Island: the arrival of the Cube Queen!

The full scope of her vision for Cubic dominance is yet to be known, but we will do our best to prepare you for what to expect in the Wrath of The Cube Queen!

You’re already experts in handling Cube Monsters, but a new even more powerful type of Cube has arrived with the Queen. These cubes are called Caretakers. They are tall spectre-like creatures that will drag you into The Sideways, and battle you in a challenging showdown. The Caretakers are the strongest Cube warriors yet, but making it out of a battle with one of them will give a nice reward.

There is a new reason to brave through The Sideways now; a Sideways weapon has sliced its way into the fray – the Sideways Scythe. More wicked weapons have returned to the Island; try to get your hands on the Witch Brooms, and the Pumpkin Rocket Launcher.

Hope you got a sweet tooth, because Candy will also be making it return- this time with the new Zero Point Pretzel in the mix.

The Cube’s are trying to push out of The Sideways and into our realm! The only way to prevent that is Horde Rush! That’s right, the Horde Rush LTM is back! Battle monsters alongside your teammates and earn more points by finding score multipliers, nailing combos, and eliminating as many monsters as you can. Survive at locations across the map and take down the Final Boss to achieve a hard earned victory.

The Horde Rush LTM will be live for the remainder of Fortnitemares (from now until November 1 at 10 a.m. ET). The return of Horde Rush will also see the arrival of Horde Rush Quest. Completing the quest will grant you with these special rewards: the Thinking Juice Backbling, the Cube Queen Banner, and the Cuddle Scream Leader Spray.

Be sure to get plenty of practice in Horde Rush, as there will be a Horde Rush tournament later this week where you can win cosmetics! More details on this will be available on the Compete Tab.

The Horde Rush Quests are not the only Quest featured in The Wrath of the Cube Queen! Starting now, Hallowhead will present you with the Fortnitemares Punchcard. Here are all the Quests now available as well as the rewards for completing them.

With Containment Specialist’s Ghostbusters Punchard, deploy Seismographs, exterminate mini-Pufts, and more to unlock the No Ghost Back Bling — inspired by the upcoming Ghostbusters: Afterlife film!

Complete these exciting Quests and get your rewards while you can, as they will be around till November 1!

The Wrath of the Cube Queen has changed the Island, but there is certainly much to be gained from this cubic chaos. Hop on the Island now and experience the wrath for yourself! 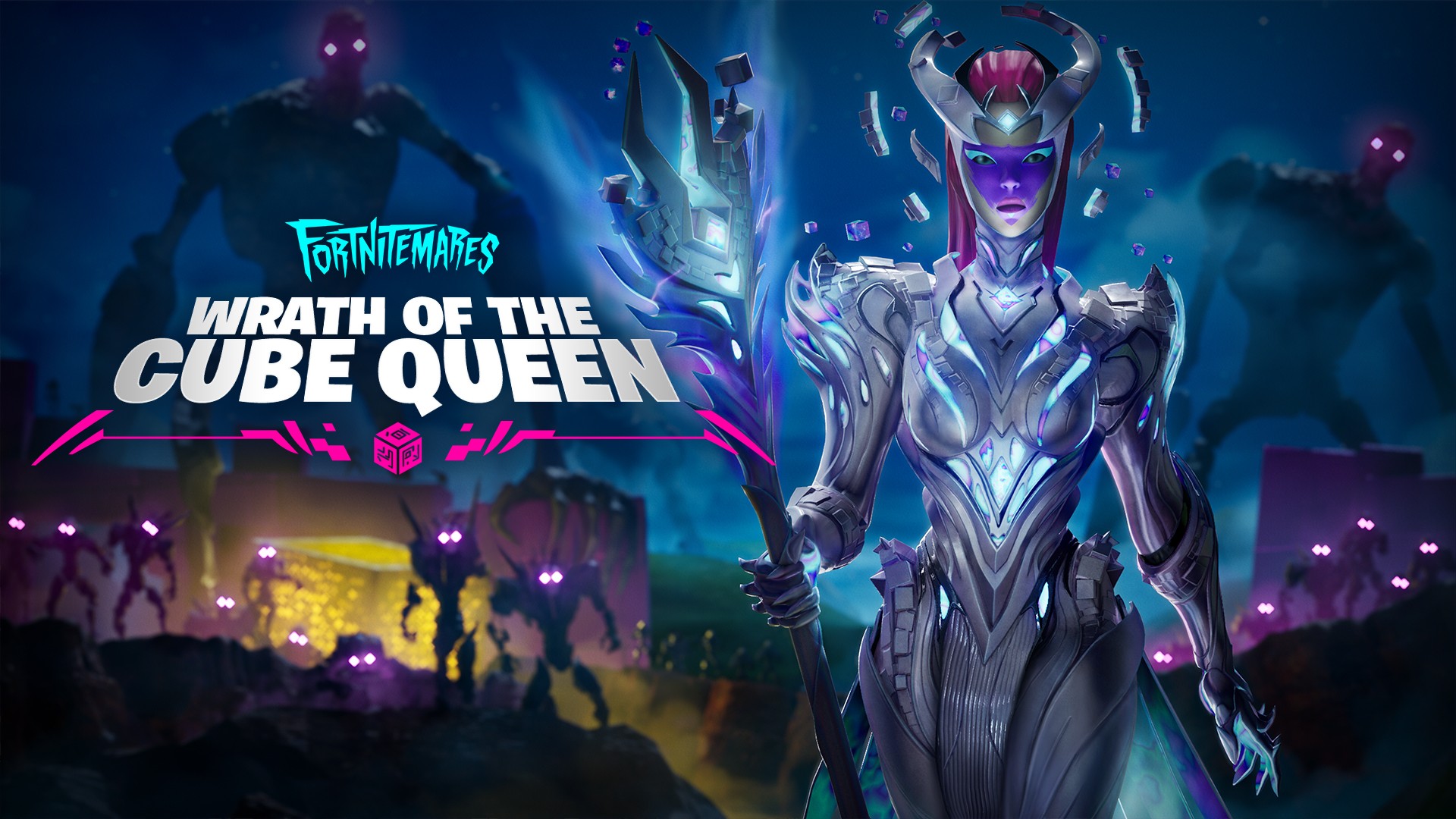