We’re so excited to announce that The Persistence Enhanced is available now for Xbox Series X|S!

If you’re not already familiar with our sci-fi survival horror rogue-lite, let me give you an overview. The Persistence challenges you to venture into a doomed deep space colony starship in the year 2521. Stranded, malfunctioning, and caught in the inexorable pull of a black hole, the ship, The Persistence, is overrun with a crew mutated into horrific and murderous aberrations. This brutal horde won’t think twice about tearing you limb from limb.

Use the environment to scope out, stalk, and gain the tactical advantage in either evading enemies or attempting to take them down. It’s down to you, a clone of security officer Zimri Elder, to make your way deeper into the decks of The Persistence, repair its systems and prevent the ship from being torn apart.

These visual updates don’t only look fantastic, they really enhance the core gameplay too. With a ray traced solution, enemies and environmental changes are heightened. Global Illumination and Reflections project enemy position and profiles, impacting the way you navigate through the depths of the ship and use stealth and environmental clues as key tools for survival.

These immersive graphical improvements, teamed with our 3D audio solution, heighten a real sense of suspense, terror and isolation as you plunge deeper into the darkness, and instant loading lends itself beautifully to the game’s rogue-lite design for that classic “just one more go!” gameplay.

The Persistence Enhanced is out now, and we’re delighted to offer this edition as a free upgrade to existing owners of a digital copy of The Persistence. 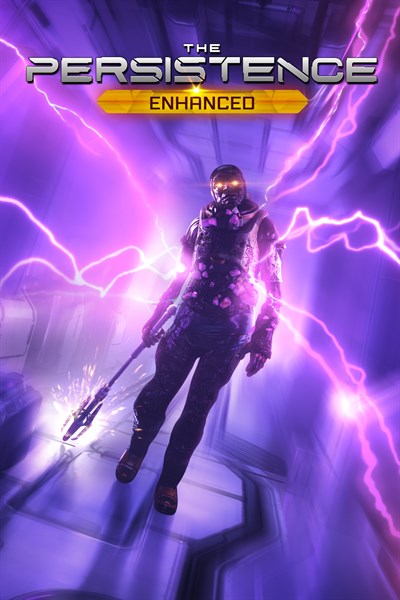 ☆☆☆☆☆ 10
★★★★★
Fight to save a doomed deep space colony starship infested with murderous clone printed mutations of the former crew. Gather resources, upgrade your abilities and unlock an arsenal of weaponry on each run as you repeatedly head deeper and deeper into the decks of ‘The Persistence’ to repair the systems and prevent the ship from being torn apart by a black hole.