Let’s Sing 2022 is the first karaoke game available on next-gen consoles; that calls for some next-level singing.

Become the ultimate superstar by working your way through a star-studded playlist mixing all-time classics and brand new hits into a musical hit.

With 30 tracks covering everything from Lady Gaga’s Stupid Love and Billie Eilish’s Everything I wanted through to the Backstreet Boys’ Everybody (Backstreet’s Back) and the evergreen Last Christmas by Wham!, there’s something for everyone.

Karaoke fans in Germany, France, and Spain can enjoy their own playlists. In addition to 20 international songs the national versions will include 15 –  or in France’s case 20 – hits from local artists.

Aside from a variety of songs the game also offers eight different modes to mix-up your singing experience;  write your own story in Legend Mode by overcoming 16 challenges and defeating your rivals to reach the top of the charts.

Just want to have some relaxed singing fun? Create your own individual mixtape with Mix Tape 2.0 or find your match in the Feat. Mode. You can also team up with friends and family to find your perfect singing partner.

Speaking of friends and family: With Let’s Sing 2022 multiplayer, you can play with up to eight local players. So get everyone together and hop on the Let’s Party mode!

Don’t have a microphone handy? No problem at all. With the Let’s Sing Microphone App you can turn your Smartphone into a microphone in no time at all.

Whether you want to compete for the singing crown, or just have a good time with your friends, Let’s Sing 2022’s  got you covered. The game is playable now on Xbox One and Xbox Series X. 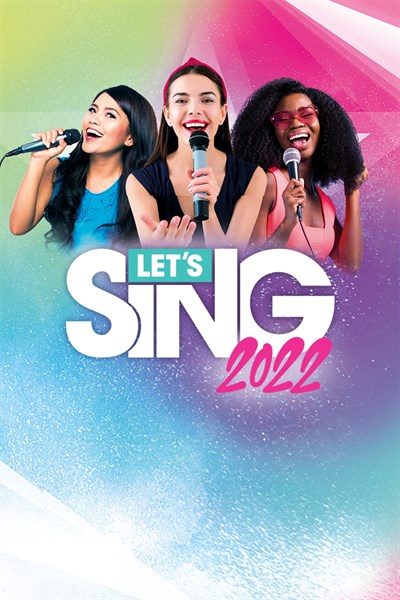 ☆☆☆☆☆
★★★★★
Give it your all and become the superstar you were meant to be with a playlist that features current hits as well as classics that guarantee a blast from the past. Lady Gaga with “Stupid Love”, Shawn Mendes & Justin Bieber with “Monster”, Ariana Grande with “Positions”, Jason Derulo & Jawsh 685 with “Savage Love (Laxed – Siren Beat)” or Billie Eilish with “everything I wanted” are just some of the smash hits featured in the latest entry into the Let’s Sing series. If you want to travel back in time instead, how about the Backstreet Boys with “Everybody (Backstreet’s Back)” or The White Stripes with “Seven Nation Army”? Sing your heart out! • Your favourite Karaoke game on the next generation of gaming!
• 30 new songs, mixing current chart breakers and all-time classics!
• Eight thrilling Game Modes
• Prove that you’re the best singer in our Legend singleplayer mode. Earn stars and beat the bosses to claim the throne!
• No mic at hand? It doesn’t matter – with the Let’s Sing Mic app, you can turn your smartphone into a microphone in no time at all
• Singleplayer experience and online leaderboards!
• Co-op modes for up to eight players!
• More songs on the in-game store!