In Wingspan, you and up to 4 other players compete to build up their nature preserves in a limited number of turns. It is a relaxing experience, where your goal is to discover and attract beautiful birds with unique abilities. Every single bird that you add to your preserve makes you better at laying eggs, drawing cards or gathering food. Many of the 170 bird types have powers that echo their real life counterparts: your hawks will hunt, your pelicans will fish, and your geese will form a flock. You’ll feel right at home if you’re bird-savvy, but if you’re not – don’t worry, you’ll catch on in a jiffy.

But that’s not all. There’s also the fact that each bird you add to your preserve extends a chain of powerful combinations in one of your habitats. Each habitat, in turn, focuses on a key aspect of the growth of your preserves. This interesting loop is what keeps the gameplay interesting and what will hook you right into it.

The digital edition of Wingspan is the official adaptation of an award-winning board game of the same name. It has won multiple awards, including the prestigious Kennerspiel des Jahres.

When the board game was released in 2019, it took the world by storm. To the point that Golden Geek Awards rules needed to be adjusted, because Wingspan won half of the categories. When I reached out to Jamey Stegmaier – the publisher – in January 2019, this was still yet to happen, but we’ve heard enough about the concept to jump head-first into creating its digital counterpart. This version not only preserves the original’s look and feel, but builds upon it to enhance the relaxing experience. The birds now sing with their real life sounds and interesting pieces of information are available on each and every species in the game. The goal to create something special, based on the original, is what’s been driving us from the very beginning. It’s been quite a while since we set out on this journey, but we’re not stopping here.

All of the above makes Wingspan a game that merges three worlds together. The nature related theme blends seamlessly with the sharp board game mechanics and allows for strategic depth. In the digital adaptation, in turn, the birds and habitats of Wingspan are brought to life by the beautiful art, carefully crafted animations and calming soundtrack.

Wingspan is an experience for everyone. You’ll be able to learn it in no time, but on the other hand, its mechanics allow for a lot of experimentation. The kids will love the audiovisual aspects and the atmosphere, while advanced players can also dive deep into the strategic and tactical choices it offers. This turns the game into a fantastic time that you can enjoy with your family and friends, both offline and online.

Wingspan is not only the game, it’s also – if not first and foremost – the players. There’s a phenomenal community that is built around the game and it would be great if you’d like to become a part of it. Head on over to discord.gg/wingspan and chat with gamers and bird lovers from all around the world. It’s the best place to find multiplayer partners, too. You can also find us on Twitter, Facebook and Instagram – follow us to keep posted with Wingspan related news.

See you in your bird preserve! 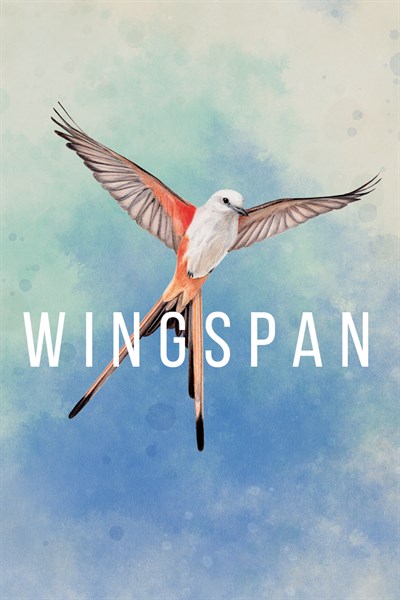 ☆☆☆☆☆ 11
★★★★★
Xbox One X Enhanced
You are bird enthusiasts—researchers, bird watchers, ornithologists, and collectors—seeking to discover and attract the best birds to your network of wildlife preserves. Each bird extends a chain of powerful combinations in one of your habitats. Each habitat focuses on a key aspect of the growth of your preserves. In Wingspan up to 5 players compete to build up their nature preserves in a limited number of turns. Each beautiful bird that you add to your preserve makes you better at laying eggs, drawing cards, or gathering food. Many of the 170 unique birds have powers that echo real life: your hawks will hunt, your pelicans will fish, and your geese will form a flock.