The start of a new year always brings with it a formless fear of the impending unknown, the incipient mystery surrounding yet another revolution around the sun. It’s times like these where one such as myself may long for the good old days of upbeat chiptunes and monochrome pixels spread across a 3.5″ screen. Given that there’s rarely a decent substitute for the real thing, I’ve made a bit of a tradition out of digging through my closet and dusting off my old Game Boy for a quick hit of classic gaming every January. This year, however, I’m happy to announce that OrangePixel’s retro platformer Stardash saves me a trip to the closet and delivers Switch-chucking levels of frustration all in one extremely tight 8-bit package.

It’s always around the second paragraph where I tend to discuss the plot, but Stardash’s lack of any conceivable mythos precludes a deep dive on the finer points of storytelling. This isn’t an underhanded dig by any means since the gameplay discussed below doesn’t necessitate any tropish narrative elements, and I can nearly guarantee that players will be far too busy memorizing jump and run patterns to spend even a modicum of mental RAM on the character’s motivations or any type of worldbuilding. Stardash drops all pretenses, ditches the princess locked in the castle or the magical sword McGuffin, and simply demands that your character makes it from Point A to Point B. 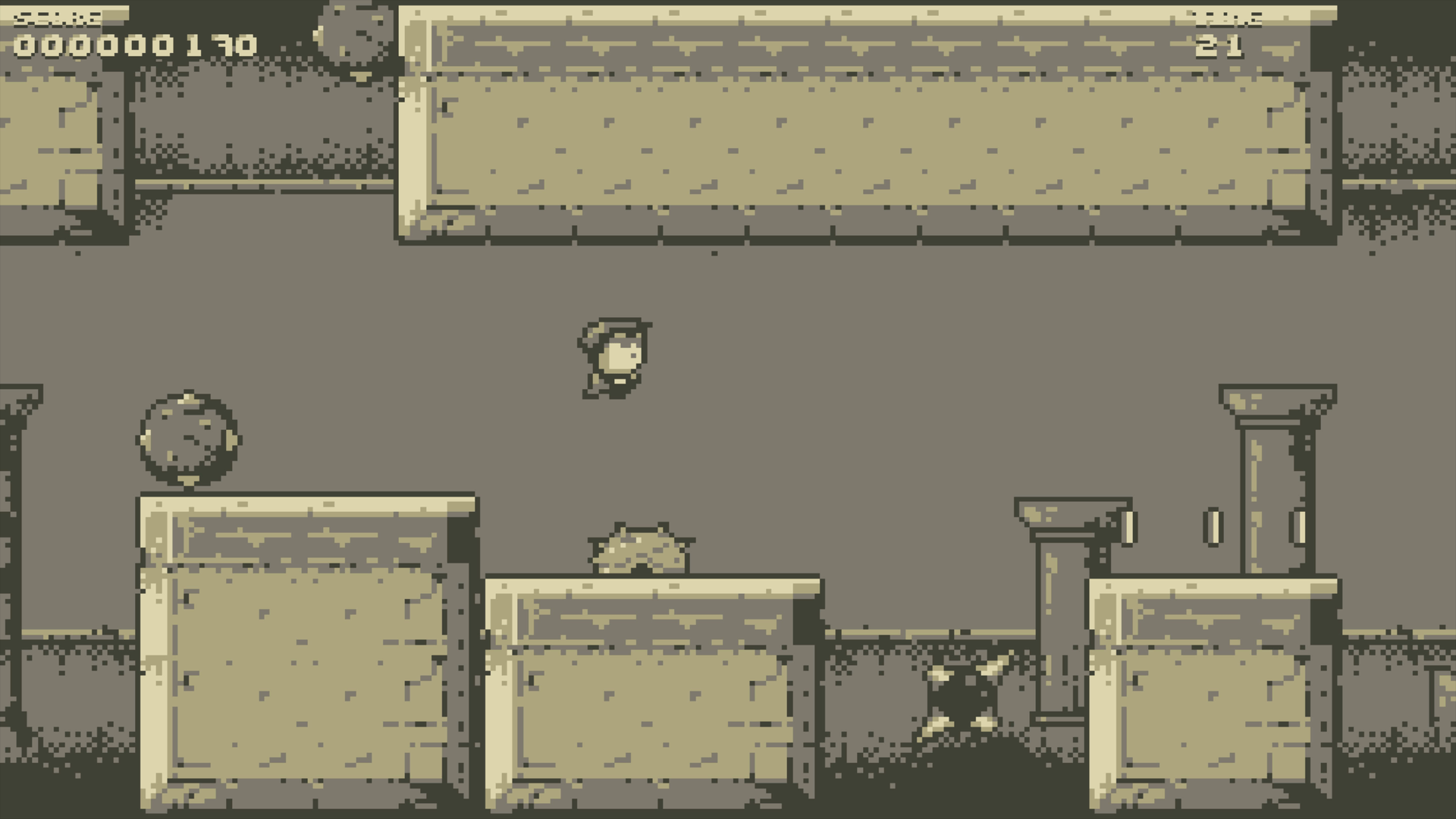 Taking a page directly out of Super Mario Land’s playbook, Stardash provides players with nothing but the ability to run, jump, and smash certain enemies by bouncing on their domes. While saying that out loud makes the game sound simple, nothing could be further from the truth. In all actuality, the pared down mechanics seem to have sparked an extra layer of creativity on the part of the developer in an effort to keep things interesting. In addition to extremely precise hit and jump boxes, players must also strive to complete certain challenges within each level in order to collect as many stars as possible. These additional challenges come in the form of collecting each level’s coins, beating the extremely stingy countdown timer, or playing the level in reverse. While it’s not necessary to beat yourself blind trying to accomplish all three, the extra objectives provide a much-needed level of variety and increase the challenge tenfold.

Speaking of challenge, Stardash looked at the kill counts amassed in every Souls-like game and told them all to hold its beer. I couldn’t seem to find the actual stat, but I estimate my mortal demises to be somewhere in the ballpark of around 200-250 deaths over the course of my playtime. As I touched on above, each level seems to have been handcrafted to take advantage of extremely shrewd jump distances and platform layouts. Even the most minor miscalculation in speed, trajectory, timing, or distance will result in death time and time again. It certainly makes sense why the store page emphasizes quick restarts and unlimited lives, but it blatantly fails to mention the exhausting level of frustration you’ll feel after falling down the same pit for the twentieth time. There were several instances where the difference between success and failure appeared to boil down to a single pixel, and while I appreciate a good challenge I am a firm believer in cutting players just a little bit of slack every now and then. For the most part, however, each level is extremely well-designed. 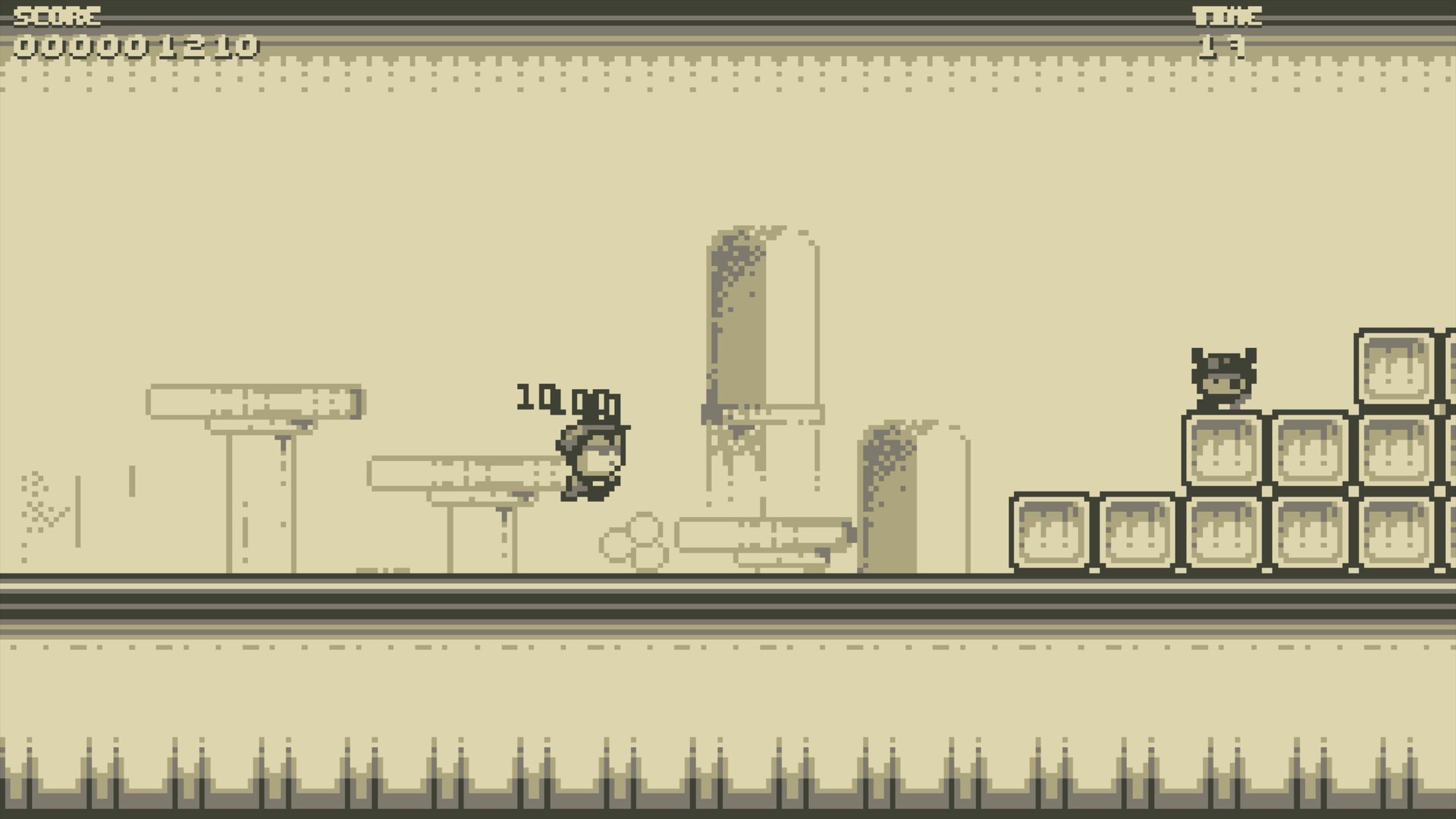 Gameplay in Stardash is split across five different worlds, with each world offering nine different levels and a secret bonus level available to players who find the requisite number of secret keys. Players can only unlock the next world and the flip feature once they’ve completed each level of the previous world, and there are endless opportunities to replay previous levels at any time.

Sporting the limited color palette of the classics it emulates, Stardash’s 8-bit graphics are straightforward and to the point. Enemy and set dressing designs are all fairly standard and mesh well together, though the level of similarity to games like Super Mario Land is borderline suspect vis a vi trademark infringement. All jokes aside, the visual aesthetics are as straightforward as the gameplay and fit nicely with the overall experience. In the same vein, the sound effects and chiptune soundtrack are also on point and complement the game nicely (though you will undoubtedly grow weary of the wooh-wooh-wooh death knell). 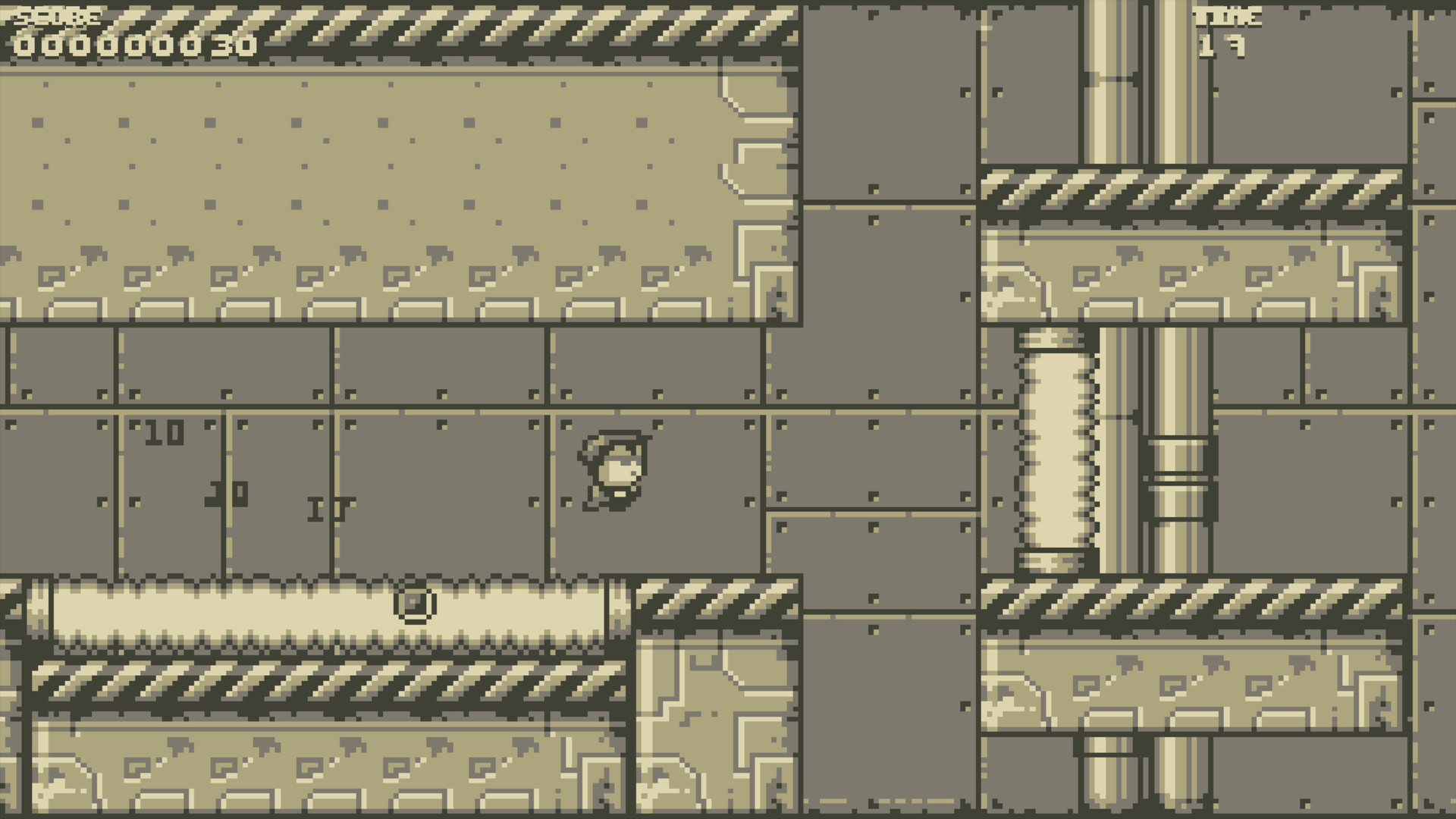 My time with Stardash consisted of one part victory and nine parts getting so frustrated that I nearly threw my Switch out the window of my apartment. Timing, precision, and learning are endlessly rewarded, and each completed level feels like a badge of honor. The gameplay, settings, and interface may appear simple, but together they hide an impressively complex and tightly woven production that delivers a nostalgic hit to pass the time. You will die over and over and over again, but I highly recommend giving Stardash a try.

Stardash is a loving throwback to the classic days of old when the Game Boy reigned supreme. Simple in design and limited in function, Stardash still manages to shine as an extraordinarily difficult-yet-satisfying platformer with uncluttered gameplay and near endless replayability. The upbeat soundtrack and monochrome 8-bit graphics seamlessly transform the Nintendo Switch into its esteemed predecessor for a morphine drip of nostalgia that is difficult to walk away from. A handful of questionable platform measurements and the lack of in-game exposition aside, Stardash is a wonderful homage to a near forgotten age of gaming.