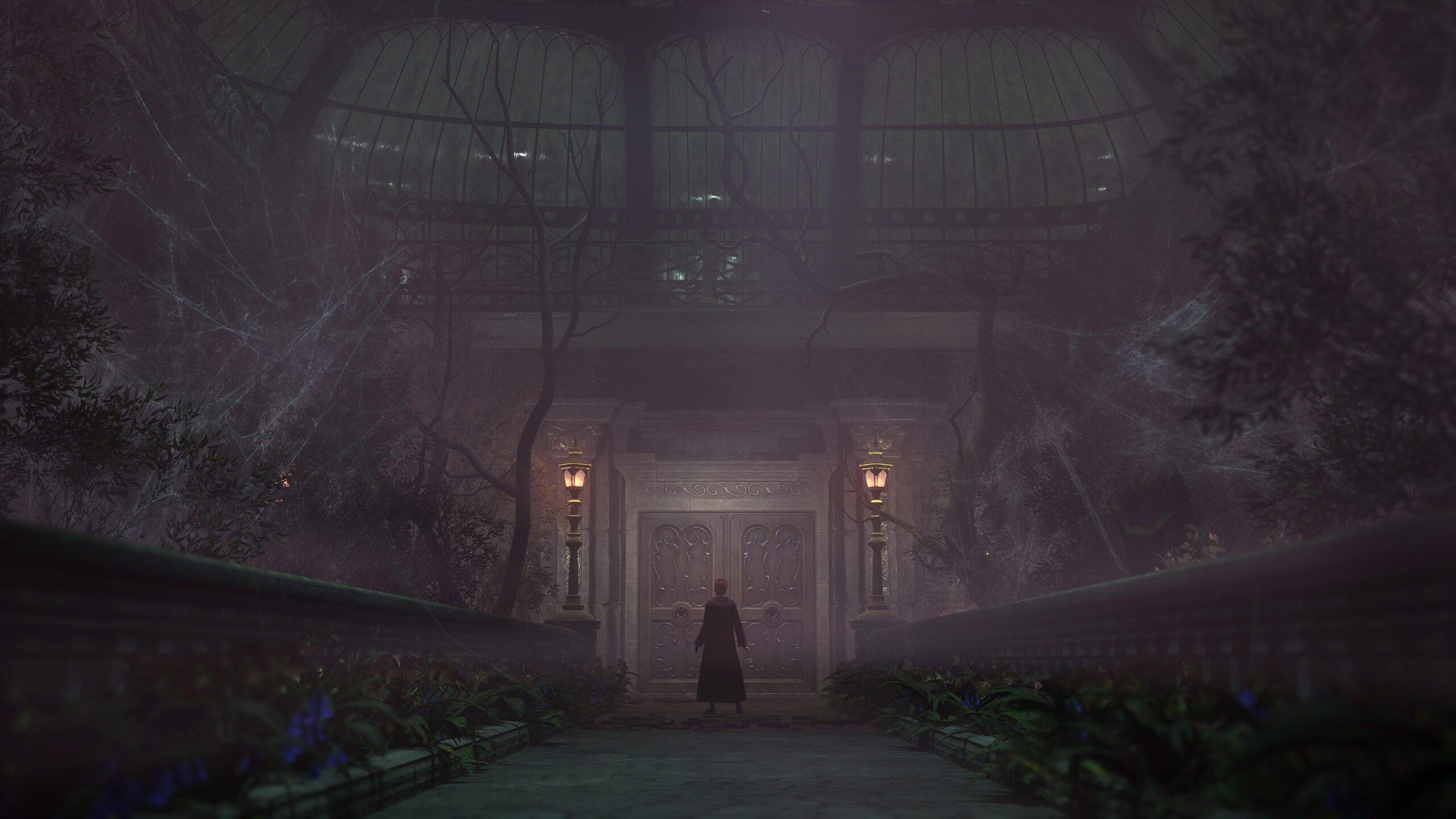 The past few weeks have been exciting for all of us here at Avalanche Software. We have announced Hogwarts Legacy will launch on February 10, 2023. We officially opened pre-orders and revealed the different editions you can get. And we set the mood with a trailer that shows you a glimpse at just how dark Hogwarts Legacy can get when you explore what lurks in the shadows.

We also attended the Wizarding World’s Back to Hogwarts celebration to announce the much-requested ability to bring your house and wand into the game by linking your Harry Potter Fan Club and Warner Bros. Games accounts, which will also unlock some exclusive fan cosmetics. I’m eager to be seamlessly sorted right into Slytherin in the game without question, along with getting my wand—a 14” pliant beech wood with unicorn hair core, if you were wondering.

Before we get into new announcements, I want to talk a little bit about Sebastian Sallow’s Dark Legacy.

Sebastian quickly became a beloved character since he was first revealed as a classmate in the Hogwarts Legacy State of Play last March. We’ve been thrilled with the reaction to this charismatic Slytherin. If you’re a fan of Sebastian, you’re not alone. Nearly everyone at Avalanche loves Sebastian, too. Creating the Sebastian Sallow’s Dark Legacy trailer gave us the opportunity to show a darker side of Hogwarts Legacy while giving you another glimpse into Seb’s — as we at the studio have come to call him — story.

After we showed Avada Kedavra in March, many of you wondered if the other Unforgiveable Curses would be in the game. This trailer highlights the Cruciatus Curse in an ominous decision that you’ll need to make as a player. Will you be the one to cast Crucio (the Torture Curse) on your friend, or will you have Sebastian cast it on you? What circumstances lead you to this moment? Undertaking Seb’s companion questline will put you in these harrowing situations where no choice is an easy one.

Moreover, Sebastian’s companion questline, like those of Natsai and Poppy, is entirely optional. Yet it explores an ever-present question about the Dark Arts; are they still evil if they could save a life? When coming up with the theme for this trailer, we knew we wanted it to focus on the darker elements of the game and Sebastian’s story immediately jumped to the top of the list.

And we’re not done yet. Today we also have a peek at the PlayStation-exclusive quest, The Haunted Hogsmeade Shop. This mysterious quest is built into the core game and can be discovered by any witch or wizard playing on PlayStation.

Cassandra Mason has a shop to sell you in Hogsmeade, but all is not as it seems in this run-down establishment. What sinister secrets lie beneath Madam Mason’s shop and why was she so keen to sell it? That’s a mystery Hogwarts Legacy players will discover in the Haunted Hogsmeade Shop quest exclusively available on PlayStation platforms.

While I don’t want to give too much away about what strange things await players below the shop, overcoming these challenges will reward you with a shop of your own where you can sell items and gear at better rates than anywhere else, and the Shopkeeper’s Cosmetic Set, a right proper outfit for the entrepreneurial Hogwarts student.

Additionally, if you pre-order any PS4 or PS5 version of Hogwarts Legacy, you’ll gain access to the Felix Felicis potion recipe. Felix Felicis is a luck potion that reveals gear chests on the mini-map for one in-game day, giving you a pretty lucky day on your journey as you explore Hogwarts and the surrounding areas. This is just the recipe though. You’ll still need to make the most of your Potions lessons and the Room of Requirement potion stations to brew this bottle of liquid luck.

By choosing one of our upgraded editions of Hogwarts Legacy, players will gain access to additional in-game cosmetics, including the only way to get a flying Thestral mount in the game. The Digital Deluxe Edition also has 72-hour early access and a digital cross-gen upgrade, allowing you to upgrade from the PS4 version to the PS5.  All pre-orders for Hogwarts Legacy will get the Onyx Hippogriff mount.