The light calls for your return to Sanctuary. Season 27 of the award-winning RPG will begin on August 26 at 5 p.m.PM (PDT/CEST/KST). With a new seasonal theme, new rewards, balance changes, and more—there is plenty for you to explore.

By Sanctifying an item, players infuse it with one of three new, random class-specific powers, such as the Wizard’s spellbinding Magic Missiles shown above. Angelic Crucibles will allow you to lean into the strengths of each class and highlight what makes each of them shine. A full list of potentially receivable class powers can be seen in our blog. Which power will your Sanctified items bring you?

Players can earn two new End of Journey cosmetic rewards during Season 27. Stand hand-in-hand against demonic threats with the Corvus Cadaverous pet and emphasize your cerebral nature with the Laurels of Knowledge portrait.

Also, in Season 17 we began reintroducing previous rewards for players who may have missed them the first time around. This means that in Season 27, rewards originally available in Season 15 will be once again available for players to earn. This includes portrait frames themed around the Eternal Conflict, in addition to Chest and Glove slots of the exclusive Conqueror Set. The pet available this season will be Belphegor, ready to accompany you on your adventures across Sanctuary!

Learn more about the rotating Season Conquest, updates to Haedrig’s Gift, item changes and more in our blog. 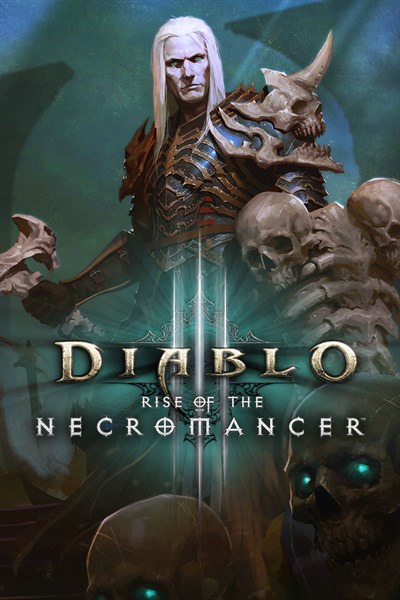 Diablo III: Rise of the Necromancer

☆☆☆☆☆ 198
★★★★★
Return to the mortal realms with deadly new powers of blood, bone and essence.  The Rise of the Necromancer pack unearths a trove of new content, including the Necromancer hero class and two additional character slots.  Plus, it grants Necromancer-themed content for all your characters, including Wings of the Crypt Guardian, a Half-Formed Golem pet, a portrait frame, a banner shape and sigil, and a pennant.