Hey Xbox fans, it’s me again and today we got something really cool to share! Since we launched The Gunk in December, seeing all the positive messages from critics and players highlighted something that seems to be synonymous with The Gunk: it’s jaw-dropping visuals. So, it’s my pleasure to be able to offer the Xbox community and virtual photographers the chance to get their hands on the new Photo Mode.

With the new Photo Mode, we are giving you a suite of powerful photography tools that will allow you to see The Gunk’s stunning alien world in a whole new light. If you’re familiar with photo modes from other titles, you’ll feel right at home here with a familiar host of editing possibilities, including depth of field, exposure, filters and a whole lot more.

You can further customize your shots by selecting character poses and facial expressions to add personality and style to your snaps. With these tools in hand, you’ll be able to create jaw-dropping images that you can share on social media or enjoy for your own artistic pleasure.

For those of you not familiar with The Gunk, it’s a sci-fi exploration game set on a mysterious alien planet. You’ll have to deal with a strange substance that you can vacuum up with Pumpkin, your trusty multi-purpose prosthetic arm. This ominous substance wreaks havoc on this alien planet’s stunning ecosystem, until you show up and help it spring back into life before your eyes.

As well as adding this brand-new Photo Mode to the game, we’ve also implemented a bunch of features and fixes to improve The Gunk based on feedback from the community. These include improved resolution settings, with 4K monitors now supported better than ever before, the ability to disable motion blur, quality of life changes such as a setting to automatically enter aim mode and mouse control improvements. Here’s a detailed list of all the improvements added in today’s update:

The Gunk is available now on Xbox Series X|S, Xbox One, and PC and can be streamed to all Xbox Cloud Gaming-compatible devices as part of your Xbox Game Pass Ultimate membership.

I want to close off by thanking you all for helping to make The Gunk a success. I’m really looking forward to seeing what you can all do with the new Photo Mode. Also, please do share your shots with us @Thunderfulgames tagging #TheGunkPhotoMode so we can retweet your incredible creations! 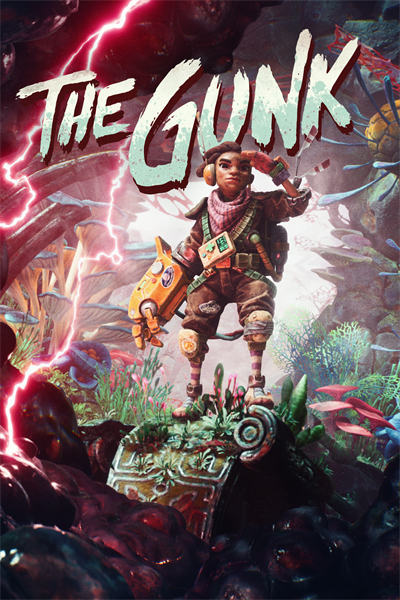 ☆☆☆☆☆ 293
★★★★★
PC Game Pass
Xbox Game Pass
The Gunk stars Rani, part of our duo of gritty space haulers, struggling to make a buck as they chance upon an untouched planet brimming with life. They came in search of valuable resources, and it looks like they’ve hit the jackpot… As they uncover the dormant secrets of a shattered civilization, they must battle the curse of a toxic gunk parasite, all while getting caught in a spiral of festering mistrust. Use your trusty Power Glove to reverse the corruption, uncover secrets of old and heal the planet! Experience the evolving relationship of the crew, as you explore this unique planet. Use your ingenuity as well as your quick reactions to overcome the challenges that await. What stories lay hidden in this mysterious abandoned world? What does it all mean? What role can Rani play in the fate of this evocative, moody planet? Sometimes you just have to take a leap of faith. Uncover the mystery. Cleanse the Gunk. Save the planet. FEATURES:
Engaging Exploration: Discover a lush jungle planet with damp caves, venture into the unknown and explore a bygone society.
Corruption & Regrowth: Eradicate the gunk, restore nature, and transform the world around you. Employ the revived plant life to delve deeper into this strange and wondrous ecosystem.
Intimate Narrative: The narrative is intrinsically linked with the exploration, where our two main characters keep in tight radio contact throughout the game. Fiona Nova lends her voice in a stellar performance as main character Rani.
Music & Atmosphere: The Gunk invites you to take the time and listen to its soothing tunes. An explorative atmosphere conveyed through an evocative art style. Kick your feet back and enjoy an adventure like no other!