Shattering Spectreglass is available now in Tiny Tina’s Wonderlands, featuring the new Blightcaller class, a new dungeon linked to Vesper’s darkest secrets, and more options for Character Creation! Unleash elemental fury as the Blightcaller, battle against the soul-devouring wyvern known as Redmourne the Trivern, and try out new ways to customize your Fatemaker — including an all-new voice!

Harness the power of the Blightcaller

The Blightcaller wields the noxious essence of swamps with potent precision, suffocating foes in tempests of poisonous Plaguestorms and summoning vengeful spirits from their Bog Totem turret. Blightcallers are adept at dealing elemental damage, particularly Poison, and get further boosts to their elemental damage whenever they apply a Status Effect thanks to their Class Feat, Whisper of Rot. Access to the Blightcaller class is granted by purchasing Shattering Spectreglass. Once owned, you can access the new class by creating a new character or by slotting it into the Secondary Class choice for an existing character via any Quick-Change Station once you’ve completed the campaign.

New ways to shape your Fatemaker

You can also further tweak your starting stats when creating a new Fatemaker thanks to four fresh backstories to choose from: Nerfed by the Bunkermaster, Clownblood, Apprentice Barnacle Scraper, and Street Urchin Success Story.

Shattering Spectreglass is the fourth Mirror of Mystery, offering a window into Vesper’s memories which are plagued by visions of Redmourne the Trivern. This mighty beast can grow multiple heads and feeds on fear, siphoning his power from lost souls. Bringing down this winged behemoth once and for all is the only way to help Vesper escape her past.

As with the other Mirrors of Mystery, Shattering Spectreglass also gives you a chance to face a more difficult dungeon and farm higher-tier loot to help you complete the main story. Available for individual purchase or via the Season Pass (sold separately and as part of the Chaotic Great Edition), Shattering Spectreglass shines light on Vesper’s mysterious past as you fight your way through her troubled memories.

Taking Redmourne out of the sky will be easier said than done. Even if you manage to avoid getting chomped by his multiple mouths — including a toothy maw on his chest that’s perpetually twisted into a tortured grimace — you’re still in danger of being thrashed by his tail, claws, and wings, or blasted by his multiple types of elemental breath. Redmourne may only have one head when you first encounter him, but more will spring forth in his subsequent forms to roast, zap, and generally obliterate you.

For three consecutive weeks following the launch of Shattering Spectreglass, Redmourne will recoup and regenerate his element-spewing heads, ready to terrorize you with a swath of new attacks. With each progressively tougher version of this battle, new Legendary gear will be added to the loot table, giving you good reason to return for some rematches.

Below is a planned schedule for when Redmourne will take on new, deadlier forms, along with the planned loot additions for each difficulty level (dates, times, and items are subject to change). You’ll have to beat each form consecutively, even if you’re playing Shattering Spectreglass after the following dates have passed. With each successive victory, Vesper will reveal more information about Redmourne — and in doing so, reveal more about herself as well.

If you can successfully complete Shattering Spectreglass at least once, four unique level layouts and the Redmourne boss fight will be added to the pool of Chaos Chamber possibilities for even more endgame dungeon variety. Combined with the ongoing limited-time mini-events and weekly Featured Runs that are constantly being added to Tiny Tina’s Wonderlands, there’s lots to be gained from trouncing Redmourne’s new forms each week. 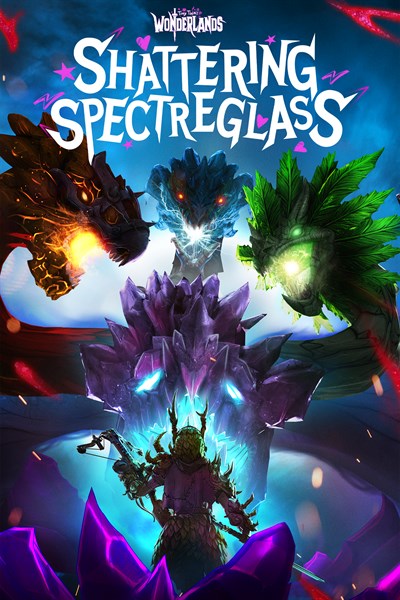 ☆☆☆☆☆
★★★★★
Unleash elemental fury as the all-new Blightcaller! Shattering Spectreglass introduces an additional Fatemaker class, a bevy of customization options, and an enormous, multi-headed wyvern to hunt down and destroy! Unlock and enjoy new content, including: • The new Blightcaller class, an elementalist with a unique talent tree and two fresh Action Skills
• New options during character creation including the Grim personality and additional backstories
• New boss: Redmourne the Trivern, with four powerful forms that unlock over time
• New loot to collect, including weapons, gear, and cosmetic items
• Additional environments that, once beaten, can show up in the randomized endgame dungeons of the Chaos Chamber Command elemental forces as the new Blightcaller class The Blightcaller wields the noxious essence of swamps with potent precision, suffocating foes in tempests of poisonous Plaguestorms and summoning vengeful spirits from their Bog Totem turret. At the crossroads of life and death, rot and bloom, the Blightcaller thrives. Expand character creation with more options The Blightcaller adds even more Multiclass possibilities, giving powerful new build options to explore and perfect. Shattering Spectreglass also introduces more ways to customize your Fatemaker, adding the new Grim voice personality and four more stat-modifying backstories. Help Vesper find closure by tracking down a gigantic, soul-stealing wyvern in the fourth Mirror of Mystery Shattering Spectreglass offers a window into Vesper’s own memories, which are plagued by visions of Redmourne the Trivern. This mighty beast can grow multiple heads and feeds on fear, siphoning its power from lost souls. Bringing down this winged behemoth once and for all is the only way to help Vesper escape her past. Access to Shattering Spectreglass and other Mirror of Mystery content is granted by the Tiny Tina’s Wonderlands Season Pass or individual purchase. The Season Pass itself is included in the Chaotic Great Edition and can also be purchased separately. Base game required. 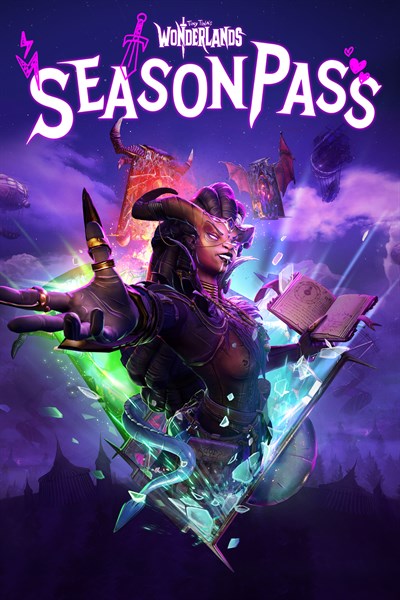 ☆☆☆☆☆ 516
★★★★★
Take on outlandish new challenges with the Tiny Tina’s Wonderlands Season Pass! Delve into four distinct dungeons and battle formidable bosses within. Discover all-new weapons and gear, wield the power of an additional seventh class included with the fourth dungeon, and rock the cosmetics of the Butt Stallion Pack! On the outskirts of Brighthoof lies the eerie Dreamveil Overlook, where the enigmatic, affable fortune teller Vesper awaits an audience. Peer into her Mirrors of Mystery and you’ll be whisked away to illusionary environments with fearsome new boss encounters, fighting for your life as Vesper regales you with fantastical fables. Each time you successfully vanquish the boss’ increasingly powerful forms, you’ll earn Lost Souls that let you spin Vesper’s Wheel of Fate, rewarding you with Legendary weapons and gear, as well as unique cosmetics. Completing a story also adds its contents to the pool of possibilities in the Chaos Chamber, the endlessly replayable endgame of Tiny Tina’s Wonderlands! – Fight your way through four replayable dungeons, guided by the mysterious Vesper
– Create even more Multiclass combinations with an additional seventh class, complete with two fresh Action Skills and a unique skill tree
– Test your skills against new boss encounters with scaling difficulty and optional challenges
– Collect a bevy of new Legendary weapons, gear, and cosmetic items
– Expand the pool of randomized content and rewards in the Chaos Chamber endgame mode
– Flaunt the cosmetics included in the Butt Stallion Pack: – Diamond Guard Armor Presets (3 items) – Crystal Glitter Makeup Pack (5 items) – Adamant Throne Banner Set (2 items) – Diamond Hero Statue Material 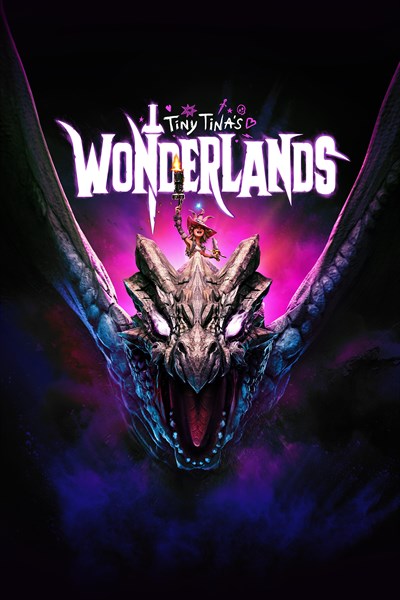 ☆☆☆☆☆ 280
★★★★★
Embark on an epic adventure full of whimsy, wonder, and high-powered weaponry! Bullets, magic, and broadswords collide across this chaotic fantasy world brought to life by the unpredictable Tiny Tina.
Roll your own multiclass hero and loot, shoot, slash, and cast your way through outlandish monsters and loot-filled dungeons on a quest to stop the tyrannical Dragon Lord. Everyone’s welcome, so join the party, throw on your adventuring boots, and be Chaotic Great! AN UNPREDICTABLE FANTASY WORLD
Tiny Tina is your disorderly guide through an extraordinary tabletop realm where rules rarely apply. Explore a vast overworld spanning majestic cities, dank mushroom forests, foreboding fortresses, and more! GUNS, SPELLS, AND MORE
Blast baddies with powerful guns and devastating spells in frenetic first-person battles. Use your firepower to vanquish legions of enemies, including smack-talking skeletons, land-roaming sharks, and colossal bosses. Then delve deeper into dangerous dungeons for a shot at epic loot! PARTY UP TO DEFEAT EVIL
Joining you at the table are headstrong captain Valentine and rule-obsessed robot Frette. During your quest to defeat the Dragon Lord, you’ll meet a cast of lovable misfits like a lute-wielding Bardbarian and your very own Fairy Punchfather. PERSONALIZE YOUR HERO
Create the perfect hero with deep customization, including a multiclass system that lets you mix and match six unique character skill trees, all with their own awesome abilities. Level up, refine your build, expand your arsenal, and become the ultimate adventurer. BAND TOGETHER IN CHAOTIC CO-OP
Enjoy the story solo or start a party with up to three friends in seamless online multiplayer or local split-screen. Share the spoils or rush to get the shiniest loot—how you play is up to you! 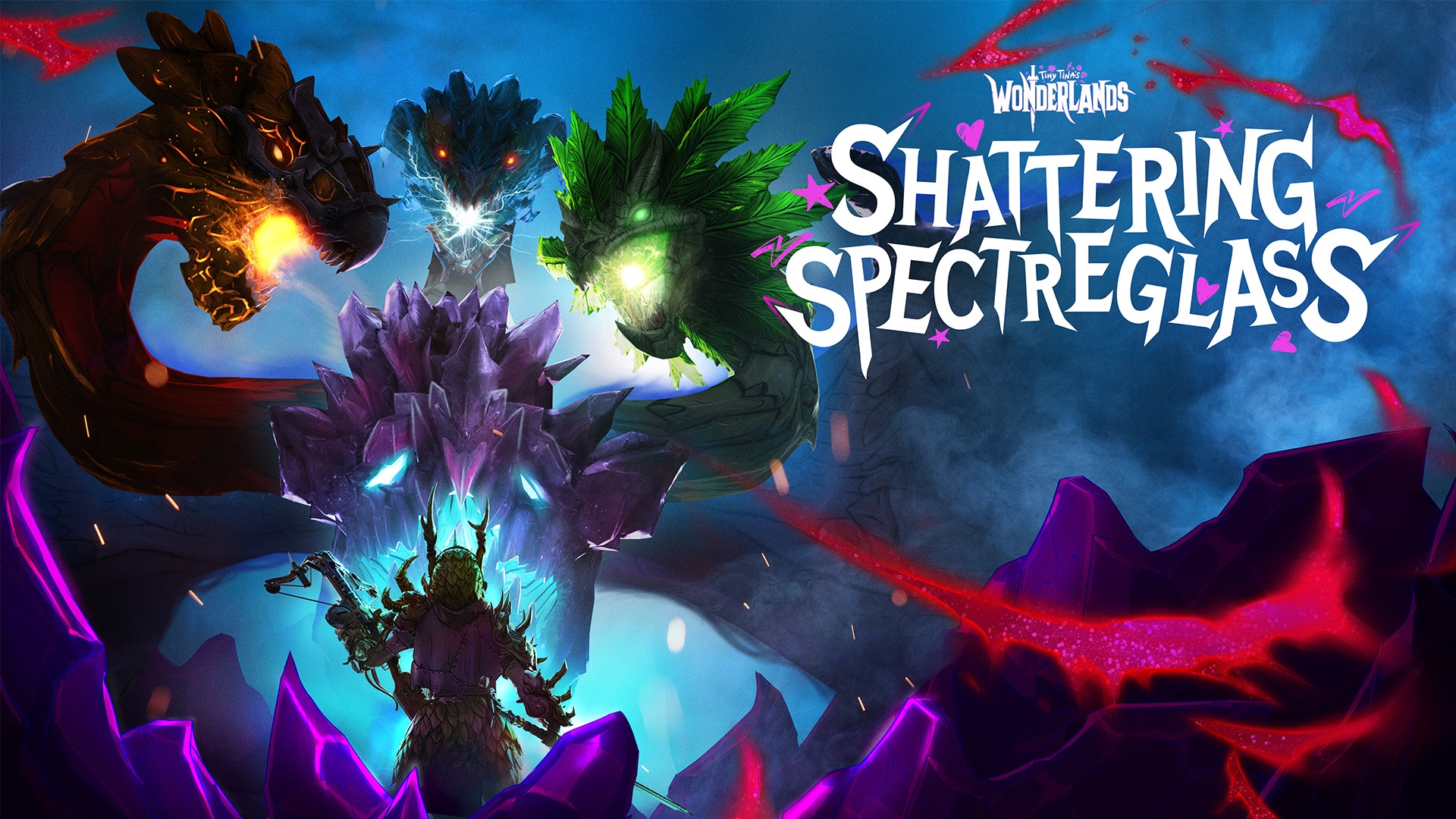