Part two of my day-long journey through the Eurogamer Expo started with a developers conference, being led by David Cage, lead writer of Quantic Dreams Beyond Two Souls. Beyond Two Souls is a game I was instantly infatuated with after hearing word of its premise. A game where you go through fifteen years of the main characters life to understand and discover the meaning of her second identity? And that identity is someone she can only see and is called Aiden? Yeah, OK, Sounds awesome. Also, I love Ellen Page, I want to put that out there. But above all, the game seemed to have this way of meshing cinematic styles with more subtle forms of controller interaction than say, Heavy Rain did. But to be honest, aside from the rough knowledge of what the story was about, I didn’t know too much about the game before the conference. What I saw at the conference just confirmed what I already thought the game was going to be, which is for the most part a very good thing.

David Cage took the stage confidently (which I imagine has to be difficult, English not being his native tongue and coming to England to solo-talk his project) to talk in more detail about Beyond Two Souls. For the most part, the lecture was focused on Cage telling us how Beyond Two Souls interactively is a lot more subtle and is the ultimate way of making the game. He explained that people such as George Lucas do not believe in video games being a story telling medium because as soon as you are allowed control of the character, the story isn’t being told from the writers perspective anymore, which is why Cage’s team have developed the game so that if you pick one of various options throughout the game, you don’t die or win, you end up in a different situation than the other. It’s an incredibly interesting concept which I think can work great. More surprisingly, I’m shocked that the team were allowed to do this as I imagine it must be a lot more work and financially a lot more expensive than just the one-route way of telling the story.

Cage says that the story will be told at different parts of the 15 years throughout, so this is not beginning-to-end storytelling. However, Cage did explain that the story would unravel in the end to a satisfying conclusion. This, to me, sounds like a great opportunity to structure the storytelling almost Memento-like in execution, which could be incredibly fulfilling and exciting. It sounds unconventional yet intriguing. One thing that came up was the use of bullet-time in the control, which I was expecting, but he explained that Beyond Two Souls plays better than Heavy Rain because it’s all about subtle movements. Instead of taps of the circle button or square, it’s about moving the analogue stick however much you need to, the amount that you push the analogue stick, the more likely you are to change what happens. Cage mentioned that he didn’t want to make it a game where you have two choices and you need to pick one (although I did see a few Mass Effect‘ish moments where this was your only option). A few little side-notes, everything is in real-time and everything is motion capture, giving the characters a lot of depth and a more emotive feel. As the Beyond Two Souls conference ended, I left with what was a sense of satisfaction, mostly because Cage had essentially handled my fears for me. Beyond Two Souls looks like an emotional, constant up and down experience, a game set to try and fix the loose ends between the structures of movies and video games like no-one’s done before. I’m hyped and I think you all should be too, because Cage believes in this.

Beyond Two Souls on the show floor was essentially what Cage had been telling me the whole time. Movement and controls felt more subtle and more in line with what I want from a more cinematic experience. I played a part in which you are on a train, running from law enforcement. I actually managed to play this twice and once I got caught and was put in jail, the other I managed to escape. I haven’t got much to say about this because I think everything I would be saying would be repeating parts of the conference, I will just say I think this is the next evolution of Quantic Dream and I can’t wait for the game.

The Legend of Zelda: A Link Between Worlds (3DS)

Waiting in line for The Legend of Zelda: A Link Between Worlds was nerve-wracking for me, mostly because of what I had seen, A Link Between Worlds just genuinely looked gross to me. Like, graphically. They were going for this graphical style that to me, looked completely unelegant. I did tell myself “maybe it looks better on the actual 3DS” however. When I finally got to playing it… none of my worries had been put to rest. The game’s map when playing on the overworld looked exactly like A Link to the Past, like, I thought this was supposed to be a sequel, I was not aware this was a legitimate clone of the overworld. Anyway, you start out essentially where you would if you were playing A Link to the Past, outside of Link’s house. As you progress to the destination the map tells you to on the 3DS’s second screen, you’ll start playing the dungeon. It’s a smart move for Nintendo to let you transverse a dungeon for the demo instead of just a limited time in the overworld. It wouldn’t make sense for a game like A Link Between Worlds to be fully available on the show floor, but you’re constricted to a time limit so I commend Nintendo for that decision.

The dungeon was actually very easy and it wouldn’t surprise me if it was one of the first dungeons in the game, however it was also clever. I didn’t manage to beat the dungeon within the time limit given to me by the demo, however I also didn’t have one piece of heart taken from me, it was practically impossible to be hit if you are a veteran Zelda player. It was a surprisingly relaxed atmosphere, trying to beat the dungeon, especially considering you’re constrained to a time-limit. The one item that was an instant standout was a huge hammer that you use to smash down on some parts of the dungeon, when you do, they would boost you up to higher levels. Obviously this item has been used in Zelda before, but it’s just the first thing to stand out. Perhaps the most standout technique creatively in my opinion, is this new wall-technique. Essentially what you so is go up to a wall and press the A button, which pushes you INTO the wall itself, which you can use to easily transverse the dungeon. This is a fantastic idea as it allows a completely new form of puzzle-solving. There are also moments where you will find windows in the dungeons with bars on them, which you can use to get outside of the dungeon grounds and find treasure chests. It was definitely my favorite part of the experience.

Ultimately I did not finish the demo all the way as my time ran out, however I did get closure on what I thought of the game. While the new wall mechanic is absolutely fantastic and I feel like it comes closer to the creativity of Nintendo than any Zelda mechanic recently has come, the game just doesn’t impress me. I don’t think fans were clamoring for a new Link to the Past, I think that they want something as GOOD as that. Wanting something to be the same quality is not the same as attracting fans back grossly with the promise of sequels to absolute classics. It all just feels to forced and ham-fisted, this concept of a game in the same world as A Link to the Past. Taking that out of the lime-light, more so than that the aesthetic of the game bothers me. I cannot say anything about the music as of now, as I played it on the show floor and headphones were not available. I will say that combat and movement is as smooth and as fluid as ever. I think Nintendo are in a tough situation where their games are still as solid mechanically as ever, but the heart just isn’t there with a lot of games. It’s almost 50/50, for every Pikmin 3 there’s a new Pokémon, for every Pushmo there’s a new Mario Kart. Regardless, I hope this game can prove me wrong on release and with the right kind of fan-reaction, I might be tempted into checking it out.

Come back for the final part of my trek through Eurogamer 2013 as we talk Bayonetta 2 and Mario Kart 8. 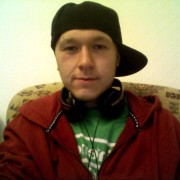