After 11 years of waiting, players are finally able to return to Mars this Spring when DOOM launches on May 13th. If you’re a die-hard fan of the series, a collector’s edition has just been announced, offering a 12-inch statue of the fearsome Revenant, which was modeled with the help of in-game 3D files. It also includes an exclusive metal case, and retails for $119.99 (US), €129.99 (Europe), and £99.99 (UK). 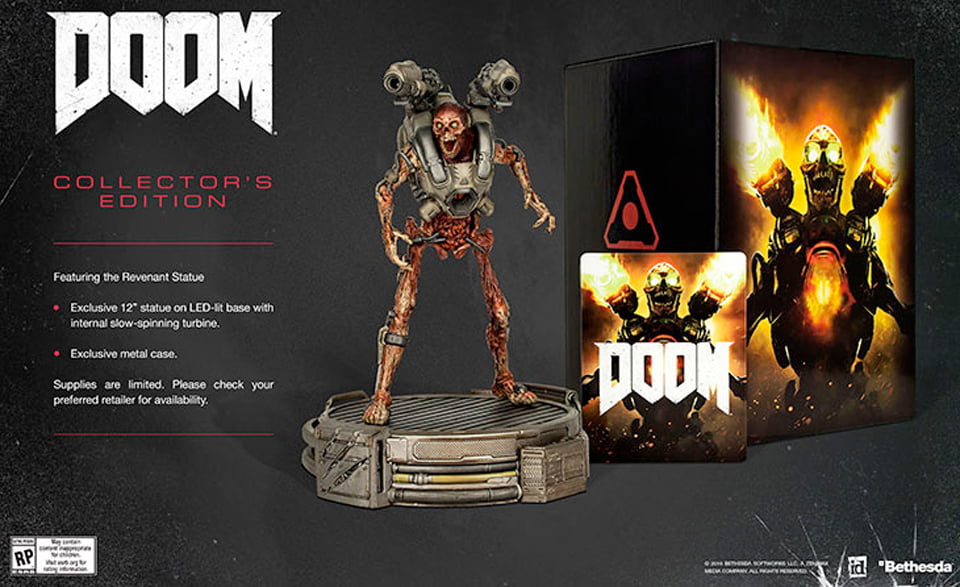 Whether you get the collector’s edition or the standard edition, pre-ordering (which you’re now able to do) will net you the exclusive Demon Multiplayer Pack, which includes multiplayer-focused items such as a demon armor set with three skin variations, six metallic paint colors, and three id logo patterns for your weapons and armor. Also included is a set of six Hack Modules, which are “consumable items that will give you an edge in a multiplayer match.”

DOOM will be releasing for the Xbox One, PS4, and PC.