New screenshots of the massive ship interiors in Space Hulk – Deathwing have been released, showcasing a range of environments from gothic cathedrals with high vaulted ceilings, to twisting, claustrophobic hallways. 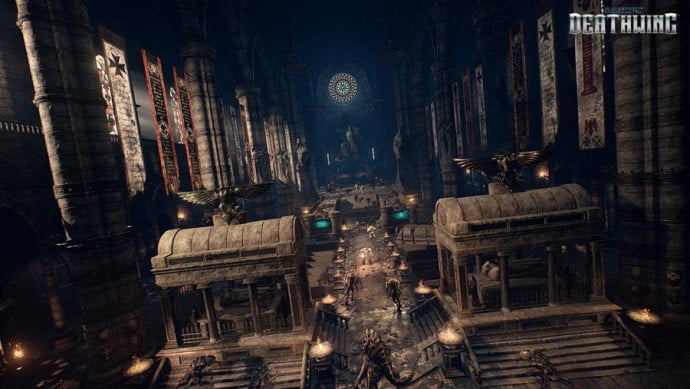 Space Hulk – Deathwing is a first person shooter that takes place in Games Workshop’s famous Warhammer 40K universe, and is played through the eyes of a space marine from the infamous Deathwing marine company. The game will combine both RPG and FPS genres, with gameplay focused around advancing skill trees and high degrees of customization for both weapons and armor. The developers have also announced that there will be a four-player multiplayer mode where the player begins as a terminator and then respawns as a Genestealer to hunt their friends.

Gizorama will have more info on Space Hulk – Deathwing leading up to its release later this year, in the meantime remember to follow us on Twitter/Facebook for more gaming news!