I had the chance to attend a panel where members of Tripwire Interactive showed off some footage and previously unseen concept art from their upcoming title, Maneater. Below are seven new facts we learned about the game from the panel.

1. Anything you put in your mouth can and should be used as a weapon

While the primary goal of Maneater is to ingest everything from fishes to delicious scuba divers, there’s more nuance to it than that. Playing with your food is a big aspect of the game, and as an added bonus, while eating anything, the player can also spit it out as a projectile based attack. The devs showed this off by catapulting several severely-mangled turtles at unsuspecting beach-goers. 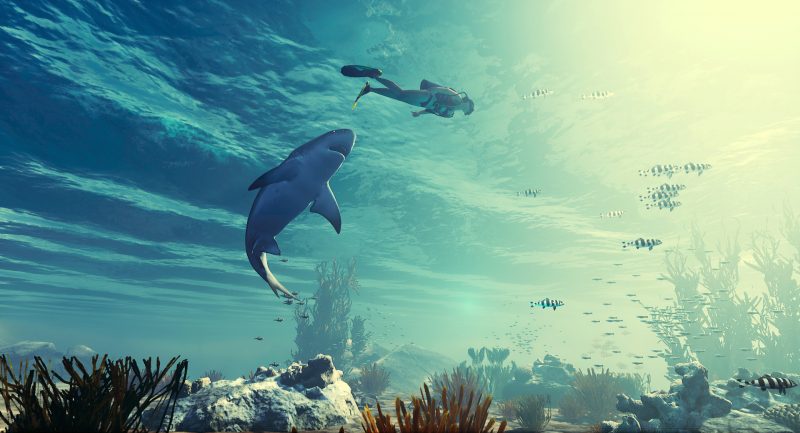 While players are taking on the role of a badass shark in Maneater, they aren’t always going to be the top of the food chain. In the short panel demo, developers showed off one of seven apex predators in the game that will be a challenging fight to say the least. These creatures range from a massive crocodile sporting a missing paw and a pink bow (shown in the demo) to a radioactive barracuda with horrifying growths all over its body. The developers wanted each of the apex predators to have distinctive features that made them more than just another enemy, and the early concept art has proved they were wildly successful at it. 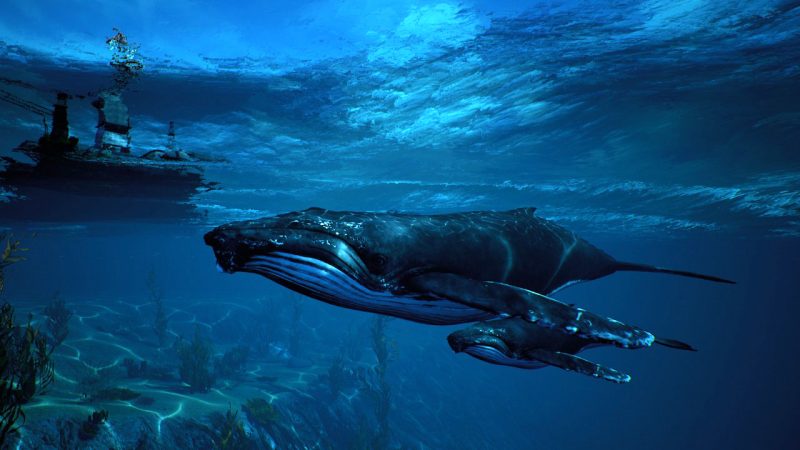 3. Be careful what you eat

Humans might be one of the tastiest snacks in Maneater, but eating too many of them comes with a cost. If you wreak too much havoc on the human population, bounty hunters will be called in to track the player shark down and turn it into soup. Players have the option to confront these bounty hunters (another tough fight) or run away. If the bounty hunters are defeated, the human population will stay away from the water for a while, allowing the shark to swim around in relative peace. 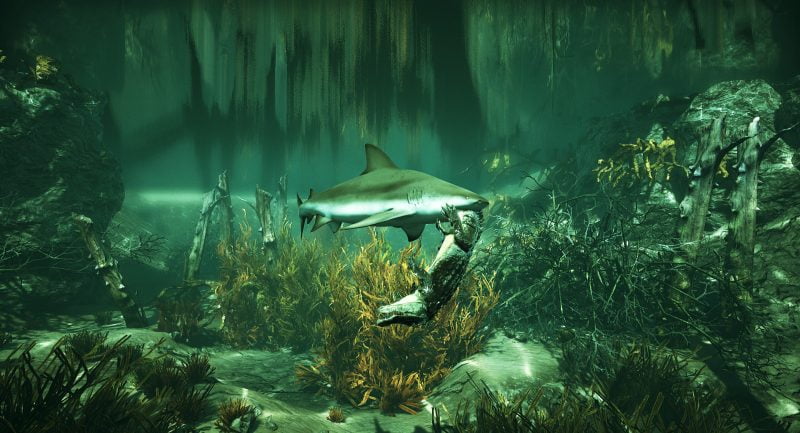 4. Maneater is narrated by Chris Parnell

That’s right, the story of Maneater revolves around a killer shark whose actions are narrated in a reality television show style by none other than Chris Parnell. While Chris’s voice won’t be constant in the game, he will pop in at key moments to provide color commentary and talk about the players action. These comments range from 100% true shark facts to some that are a little more off the wall or complete fabrications. 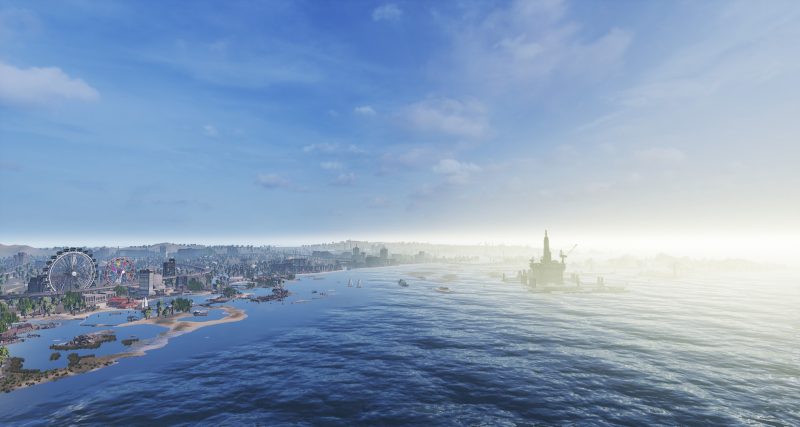 5. You’re headed to the Gulf Coast

All of Maneater‘s locations take their inspirations from real places in the gulf, with a wide variety of biomes. The player will have access to all the areas on the map, ranging from deep ocean to golf course, from the very beginning, but some areas will present more challenge than others. Put simply, if you try and brave open water as as a pup shark, you’re going to have a bad time. 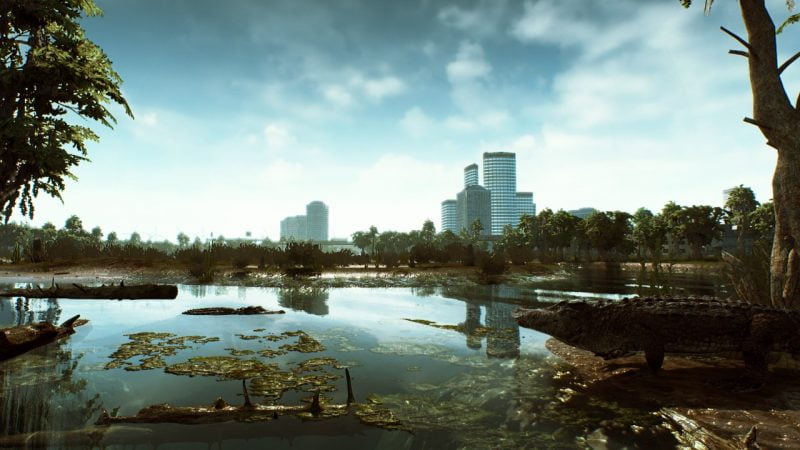 6. The player shark is unique

While modeled mostly after a bull shark, the player shark actually contains a myriad of characteristics from other species like great whites and tiger sharks. The player shark also sports characteristic scarring making her feel distinctive and unique from the other creatures in the ocean. 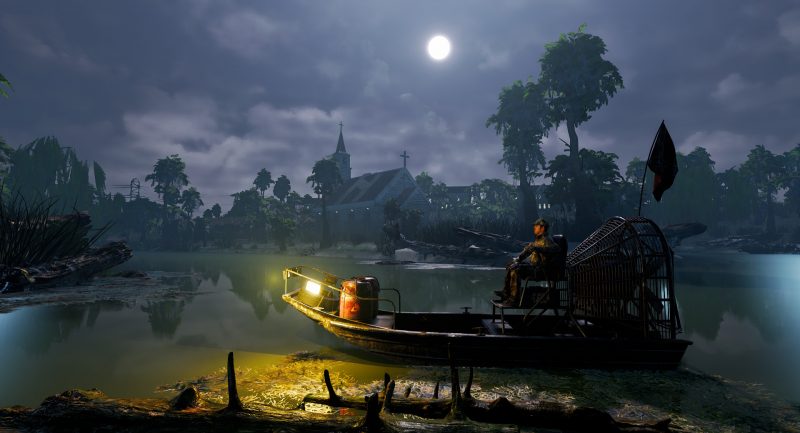 7. The unique player shark can be evolved to be more unique!

Bad bullet writing aside, this is a very interesting part of Maneater and one of the three core tenants to the game: Eat, Grow, and Evolve. Throughout the game, players will grow their shark through, you guessed it, eating things, and some of those items will help the player gain special powers and evolve. At today’s panel, developers showed off a few evolutions giving the player shark armor plating, but also hinted at some more ‘shocking’ modifications down the road. All of these evolutions are modular, meaning that pieces can be swapped out for a wholly unique aquatic killing machine.

Maneater doesn’t have a release date yet, but developers promised information is coming ‘soon’. Either way, what was shown off today was impressive and the game looks like a lot of fun. For more info on the game, keep an eye out for a bonus interview from after the panel finished. Yes, we asked the important, Sharknado related questions. Also check out the game’s official page for more info.

Like Jurassic Park, all sharks in Maneater are female – This isn’t so much of a gameplay feature as it is a fun fact. As it turns out, none of the sharks in Maneater have the characteristic graspers of male sharks. The developers insisted this is just a fact and not necessarily a fun one, but I’m leaving it on here!