Daedalic Entertainment put on an impressive display at PAX West to say the least, but one of the more unique titles was Iron Danger. This fantasy RPG puts players in the shoes of Kipuna, a simple village girl who takes a bad fall and gets her heart pierced by a gem that allows her to rewind time. Along with several companions, Kipuna makes her way through a world inspired by the same Finnish folklore that influenced J.R.R. Tolkien for Lord of the Rings. The game itself is a blend of tactics games like X-Com and real-time adventure exploration with a very unique twist linked to Kipuna’s crystal. 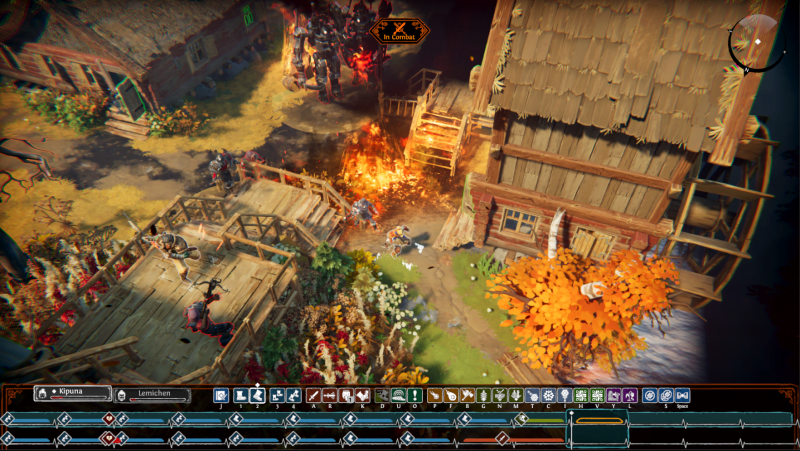 Early on Iron Danger cues players in on the fact that they’re going to die, a lot. The game is entirely based on a system of trial and error where a player can freely rewind time at any moment and actions are measured in heartbeats. At the bottom of the screen, a player can see a timeline of all the recent actions that have occurred in the game and scroll backwards or forwards at will to reach key points in combat or exploration. For example, if a player comes around a corner and accidentally alerts a big bad to their presence, they can rewind and try to stealth their way around, or set a trap. Moments like these allow for exploration and iteration in what could otherwise be dire situations. 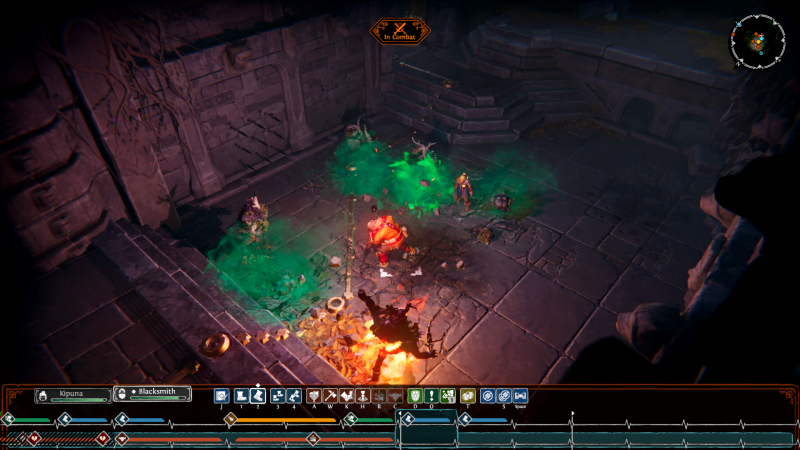 Throughout my demo, I found myself in increasingly dangerous situations, pulling more enemies than I wanted at a time, but never felt overwhelmed. Even with a pair of giant mech suits and a small army bearing down on my measly two-person party, I knew I still had the advantage because of my ability to try and retry tactics until something works. It’s a less punishing model than more traditional tactics games like X-COM, but no less rewarding. At the end of every level the player is shown how many times they died, and how much time they spent playing, vs how much in-game time (not including rewinds) actually elapsed. This encourages replayability and according to the developers, some pretty insane speed runs. 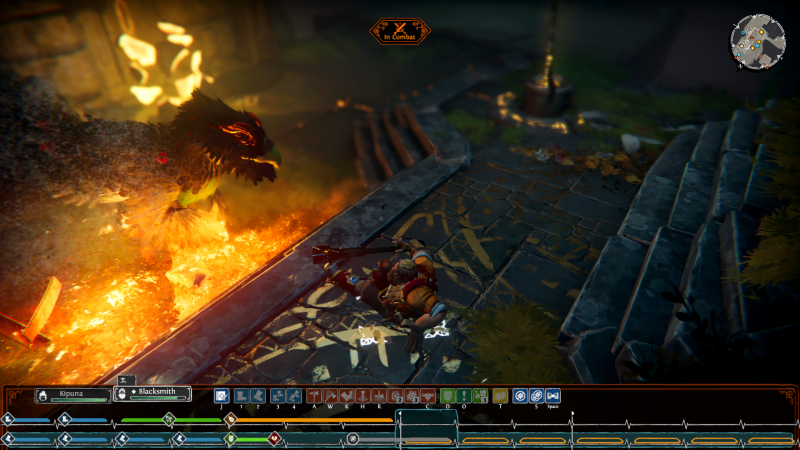 Iron Danger doesn’t have an official release date yet, but you can follow the Steam Page and the game’s website for more news. If you’re at PAX West, you can check out all of Daedalic’s games on the sixth floor of the convention center. Also check out our coverage of another Daedlic title, Barotrauma, the co-op submarine survival adventure game about journeying into the deep and trying not to get killed by it.